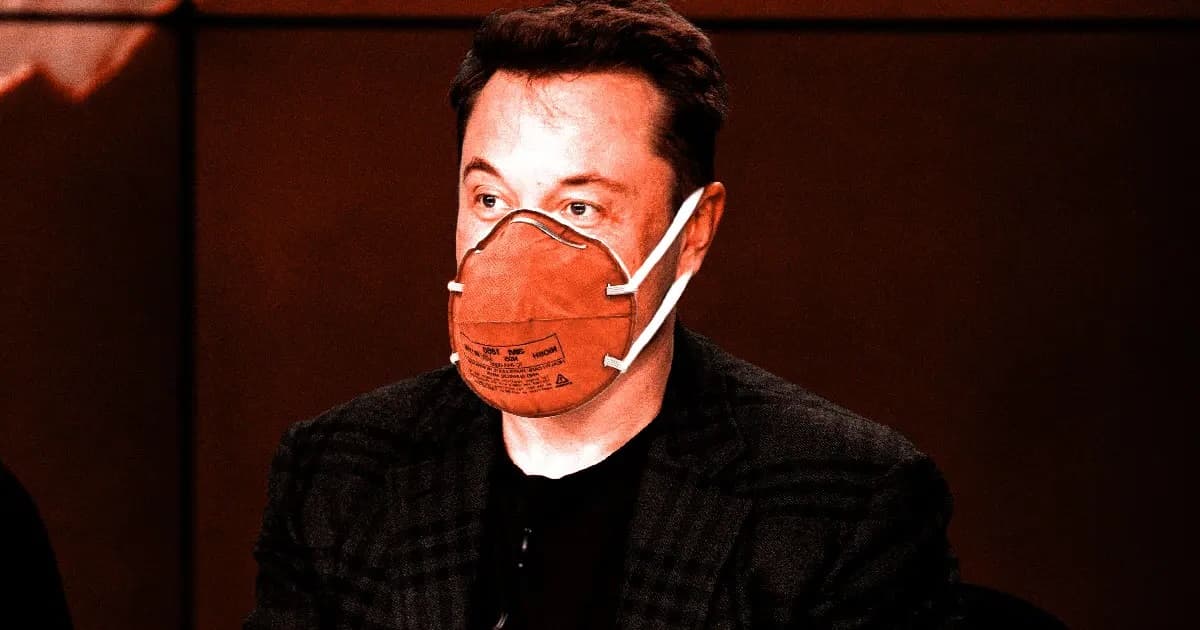 SpaceX and Tesla CEO Elon Musk says that he's caught COVID — again, that is, because he already tested positive back in 2020.

"I supposedly have it again (sigh)," he tweeted early this morning, "but almost no symptoms."

The diagnosis is notable because the coronavirus pandemic has been a nonstop parade of blunders for the controversial Musk.

Early on in the outbreak, he jumped into the discourse by musing that the "coronavirus panic is dumb."

He soon doubled down, refusing to shut down the Tesla factory in Fremont, and encouraging employees to continue coming to work, even in the face of a "shelter in place" order. He also sounded off about topics including the efficacy of masks and risk the virus posed to children in ways that public health experts said were deeply inaccurate.

Then he bungled things again when he promised to provide much-needed ventilators to help critically ill COVID patients — before it turned out that he had donated the wrong type of ventilator.

The pugnacious CEO dived back into controversy a few months later when he said that he would refuse to take a COVID vaccine, saying "I'm not at risk" for the virus.

Then, of course, he tested positive for COVID himself, but disclosed the news in a way that experts sharply criticized for sowing doubt about the efficacy of tests and seriousness of the virus. In the ensuing backlash, the public started calling him a "Space Karen" for his apparently reflexively contrarian views on the pandemic.

By a year after the start of the outbreak, Musk had reversed course on the vaccine, saying that he now thought it was a good idea to take it.

"To be clear, I do support vaccines in general and COVID vaccines specifically," he tweeted. "The science is unequivocal."

Sometimes, though, he still seemed to waffle on that point. Around the same time, he tweeted and then deleted a meme about Bill Gates using the vaccines for "mind control." And toward the end of last year, he posted an antivaxxer meme to his extremely popular Twitter account, sparking fierce backlash even from his fans.

And now? Well, he seems to have caught COVID again. And, naturally, he's wasting no time in sowing doubt about the science behind the infection.

"COVID-19 is the virus of Theseus," he tweeted today, referencing a classic philosophical thought experiment that's not terribly relevant to virology. "How many gene changes before it’s not COVID-19 anymore?"

The bottom line: while it doesn't sound like he's very sick himself, it's important to remember that most people don't get terribly sick from COVID. The real risk, as always, is that he'll spread it to someone who's elderly, immunocompromised, or just unlucky. And that would be a tragedy.

6.28.22 Developments
Study Finds That Weed Puts You at Higher Risk for Hospitalization
6.22.22 Studies
If You Can't Stand on One Foot for Ten Seconds, Doctors Have Bad News
6.06.22 Cancer
Scientists Intrigued by Treatment That Put Every Single Patient's Cancer Into Remission
5.25.22 Genetics
Elon Musk Speculates About Storing All Human DNA in Database
5.10.22 Developments
More and More Tech Companies Offer to Help Employees Get Abortions