Not really something to joke about. 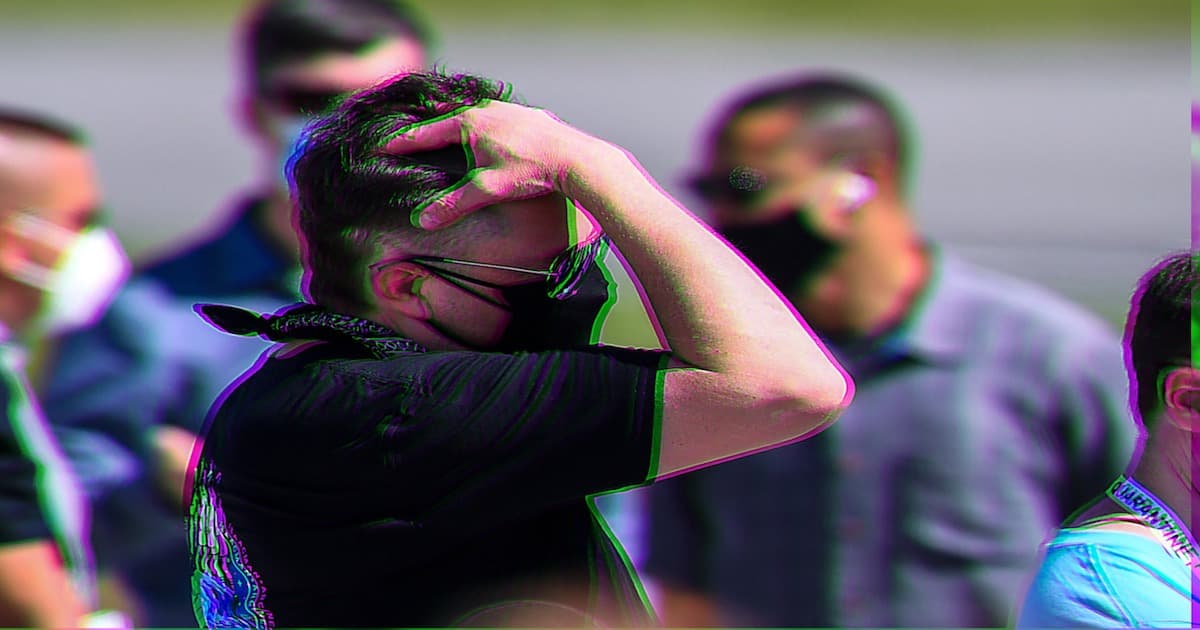 Tesla's mercurial, meme-loving CEO Elon Musk angered a ton of the his fans when he tweeted an anti-vaxxer meme last week.

Musk's pixelated tweet shows two characters. One has been injected with a ludicrous number of what are presumably COVID-19 shots, and is wearing a mask, with a QR code on their head. The other is the "Yes Chad" meme, a character who frequently acts as a voice of reason. A thought bubble shows both characters thinking "why aren't they dead yet?"

The tweet, which seems to give equal footing to pro- and antivax lines of thinking, popped in the r/elonmusk Subreddit the same day, with a disgruntled fan asking simply, "Why?"

"It's anti-vax bullshit obviously," wrote one user. "For one the unvaccinated ARE actually dying. Then the actual cartoon as the antivaxxer as some fucking hero chad and the vaxxer is a drug addict. It isn't an equal take on vaxxers vs anti-vaxers, it's clearly antivax."

The original post racked up more than 1,000 comments and was also posted in r/subredditdrama, with another nearly 1,000 replies. Clearly, Musk touched a nerve on both sides of the vaccine thought spectrum.

Many Musk fans were genuinely upset about his supposed anti-vax beliefs and the spread of misinformation, saying Musk's take wasn't a responsible one.

"This take is always pure foolishness," one user posted. "As if memes don’t play a massive role in spreading rhetoric from anti-vaxxers and their adjacent groups."

Musk has a history of spreading dubious claims pandemic. Early on, he refused to close a Tesla factory even as its city imposed a "shelter in place" order. Later he refused to get a vaccine, before inexplicably reversing position. He later posted, and then deleted, a meme of Bill Gates using the vaccine to spread mind control.

All told, Musk seems out of his depth on public health issues. With 70 million followers on Twitter and a close hold on the media, the implication that vaccinated people are muzzled and brainwashed could further sway the 78 percent of adults that the Kaiser Family Foundation reports as saying they have heard at least one false statement about COVID and that they aren't sure whether it's real.

The science, though, is unambiguous.

"Protection against hospitalization from vaccines is good against the omicron variant," the UK Health Security Agency concluded in a new report Friday.

12.06.22
As Elon Musk Promises Human Brain Implants in 6 Months, Remember He Promised a Million Tesla Robotaxis by 2020
12.01.22 Devices
Elon Musk Shows Off Monkey That Can Type With Brain Implant Instead of Typewriter
10.12.22 Developments
Elon Musk Has Reportedly Been Telling Friends About Benefits of Shrooms and MDMA
5.25.22 Genetics
Elon Musk Speculates About Storing All Human DNA in Database
4.30.22 Rx/Medicines
Elon Musk Warns Against Specific Prescription Drugs