"I think those of us who contribute to the field aggressively believe it is the right tool. But now, the real challenge is: how do you use it properly?" 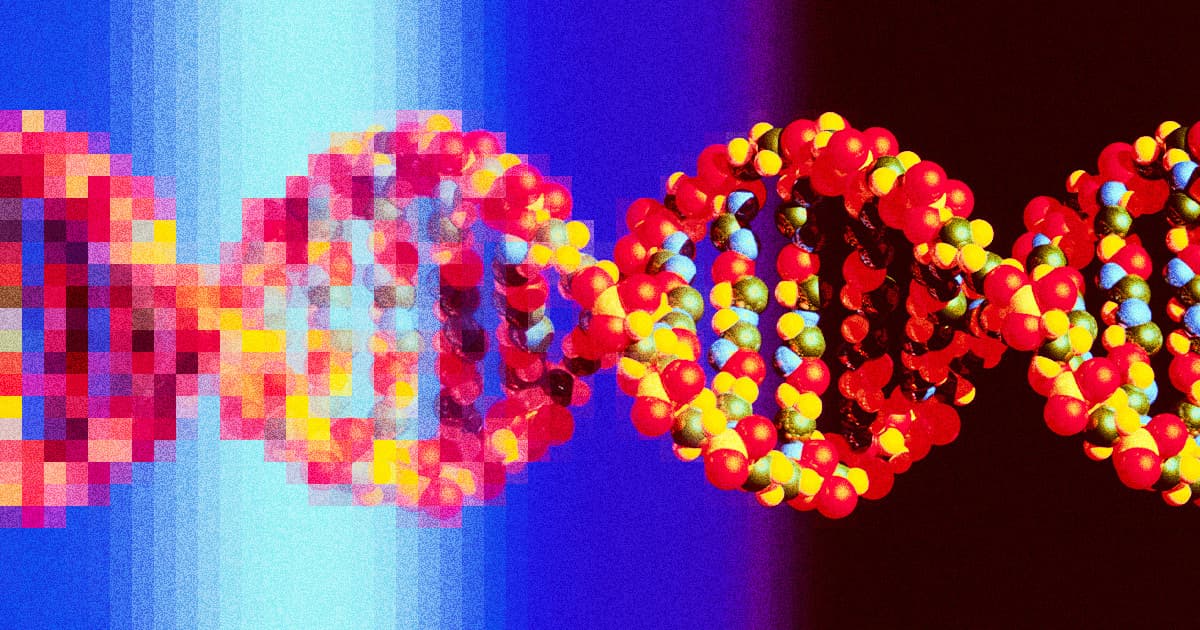 CRISPR — the gene editing technology developed by researchers Jennifer Doudna and Emmanuelle Charpentier, who won the Nobel Prize for their achievement — is a remarkable, almost otherworldly innovation.

The tech's applications, both imagined and already realized, are nearly endless. Building on decades of research in the field of gene therapies and officially unveiled back in 2013, CRISPR allows researchers to alter and repair genes in virtually every living thing — humans, plants, and animals all included. It's had incredible success fighting genetic afflictions like sickle cell disease, and could even be an helpful ally in the fight against climate change.

But by the same token, CRISPR raises serious ethical questions. It paves the way to profoundly altering ourselves, other species, or even entire ecosystems. Like many other powerful and complicated tools, in other words, it has a bit of a PR problem.

Genetic manipulation, after all, has remained a steady narrative driver — and often a cautionary one — in the realm of science fiction. And the onset of gene editing in practice, put into hyperdrive by CRISPR's success, has spawned a number of valid concerns. Some wonder whether expensive designer babies, genetically engineered by the one percent to become the next athletic superstar or top model or Albert Einstein, will soon inherit the Earth; others wonder if gene editing is one of humankind’s many ways of playing God.

Again, certainly all valid. Game-changing advancements, in health tech and elsewhere, should face interrogation, especially in areas that not only likely to have a profound impact on the future of medicine, but which still trail a sordid, complicated past. (American genetic research has historically been unkind to black and brown folks, as exemplified by the story of Henrietta Lacks.)

But at the same time, some of the critiques — particularly the "playing God" argument so often invoked against gene editing tech — might actually be distracting from its real, available, and very much life-saving applications.

"It's not a question of whether CRISPR is the right tool," Dr. Eric Kmiec, PhD and Executive Director the Chief Scientific Officer of the Gene Editing Institute at ChristianaCare, a community health system in Wilmington, Delaware that combines conventional oncology with genetic counseling, told Futurism. "I think those of us who contribute to the field aggressively believe it is the right tool."

"But now," he continued, "the real challenge is: how do you use it properly?"

Kmiec is also the CEO and scientific founder of CorriXR Therapeutics, an oncology-focused biotherapeutics startup. His work has spanned decades, and he and his team recently got some promising results: in April, they found that chemo-resistant lung cancer cells could be genetically altered to make them more susceptible to therapy, at least in a lab setting.

They've yet to test the technique in patients, but trials have thus far shown definite promise — evidence that gene editing may not be an automatic silver bullet for all illnesses, but a key element of a comprehensive, multifaceted treatment plan that combines gene editing therapies with existing treatments like chemo and radiation. And this, to Kmiec, is where CRISPR could start to be an incredibly useful tool in the near-term, and where he hopes to frame the majority of the conversation around the oft-controversial advancement.

"If we could reduce the amount of chemo that patients take, we're not introducing a new treatment paradigm," he said. "We're just helping the [existing patient treatments] work better."

When asked how, if he had to, explain CRISPR — which we can’t stress enough, is super complicated — in simpler terms, Kmiec offered a metaphor that a lot of geneticists often turn to: that CRISPR is less a total genetic rewrite and more a "genetic spell checker." It can correct, alter, and remove typos in individual genomes by mimicking a natural defense mechanism found in bacteria and single-celled archaea.

"It allows us to correct mutations that are inbred in the genome," he said. "It's correcting nature's mistakes — and nature does make a bunch of mistakes."

Of course, this is where things get philosophically — and even spiritually — tricky.

Kmiec himself is a practicing Catholic, and has spent a lot of time considering his scientific work in relationship to his personal faith.

"Religion has its own place, but evolution is true," Kmiec explained. "We're not playing God. We're just mimicking what nature does."

"Genetic editing is just directing evolution to a more positive outcome," he added, noting that evolution is really something that's happening all the time. Gene editing just speeds up the process, hopefully improving and saving lives along the way.

But of course, the playing God question is just one of the major "is this a thing we should do" questions that gene editing invokes. The designer baby question is another big one, and one that very much interrogates our relationship to wealth, privilege, and even eugenics. But that said, Kmiec doesn't think that we need to be too worried in the short term — at least, not worried enough to distract from the work that CRISPR is doing to transform the way we treat genetic diseases and bioengineer improved crops.

"The thing that just is not going to happen is we're not going to be able to design athletic prowess, or some sort of extraordinary intellect," said Kmiec, saying that for now, the genetics behind such attributes remains too complicated to reliably manipulate in a lab.

And besides, he says, any ethical scientist wouldn't genetically engineer an unborn baby, anyway.

"There's enough for us to work on without trying to redesign human beings," Kmiec said. "But on the other side, it's just technically really complicated, and no review board inside any legitimate, recognized institution would ever consider an experiment like that."

To that point, though: it has happened. Several genetically-edited babies were born in China back in 2018, designed to be genetically resistant to HIV. They're believed to be healthy still to this day, but scientists in the field condemned the experiment — the unprecedented procedure was an incredibly risky thing to do in terms of patient health, not to mention a serious flirtation with the slippery slope of eugenics. (The doctor behind the experiment, it's worth noting, was jailed following the babies' birth. He was just released in April of this year.)

It's also important to note that CRISPR's hurdles aren't just esoteric. Some experts have argued that the tech's failure to find a strong footing in mainstream treatment plans has less to do with the field's ability to build ethical guardrails, and a lot more to do with a medical system reliant on — and slowed down by — the commercialization of powerful biotechnology.

"There are up to 400 million people worldwide affected by one of the 7,000 diseases caused by mutations in single genes," Dr. Fyodor Urnov, a professor of molecular and cell biology at the University of California, Berkeley, and a gene editor at its Innovative Genomics Institute, wrote recently for The New York Times. ‌"Scientists owe them and their families honesty about the ‌‌chasm between a test tube in a lab and an IV line in a hospital. The greatest obstacles are not technical but legal, financial and organizational."

"Across the entire sector of for-profit companies building gene therapy medicines, a sobering process is playing out," Urnov continued. "Even when they create a treatment that works, companies price it exorbitantly (around $2 million to $3 million per patient), arguing that a one-time cure saves the health care system years of costly supportive care."

At the end of the day: CRISPR has and will continue to save and improve lives. It's cured genetic colorblindness. It's been used to gene-hack live patients' high cholesterol levels, lowering their risk of cardiovascular disease and death. In Kmiec's case, it may soon save the lives of lung cancer patients who don't respond well to chemo. And again, powerful technologies should be interrogated, especially by the public — just look at how quickly AI snuck up on us. After all, if ethics are never seriously considered, strong, nuanced guardrails never get built; you might get a few flimsy ones, but even then, it's still fairly easy to drive off a cliff. (And meanwhile, as Urnov points out in the NYT, the for-profit American healthcare system really isn't helping the car get started in any functional, widely-accessible way.)

At the end of the day, the good, the questionable, and the existential crisis-inducing outcomes of gene editing can all exist at once — and more than that, they can each inform the other. Unbridled optimism and rushed experimentation is doomed to fail ethics. But an obsession with deity-disobeying designer baby hell, without considering the role that gene editing can play today in human, animal, and planet health, is doomed to hinder the medicine's practical, comprehensive progress and adoption in turn.

Considering that lives are literally at stake, we might do well to meet somewhere in the middle.

"It's almost like science fiction to begin with," Kmiec added. "So if you blow it up, and something goes horribly wrong, the field can be really seriously hurt for a long time."