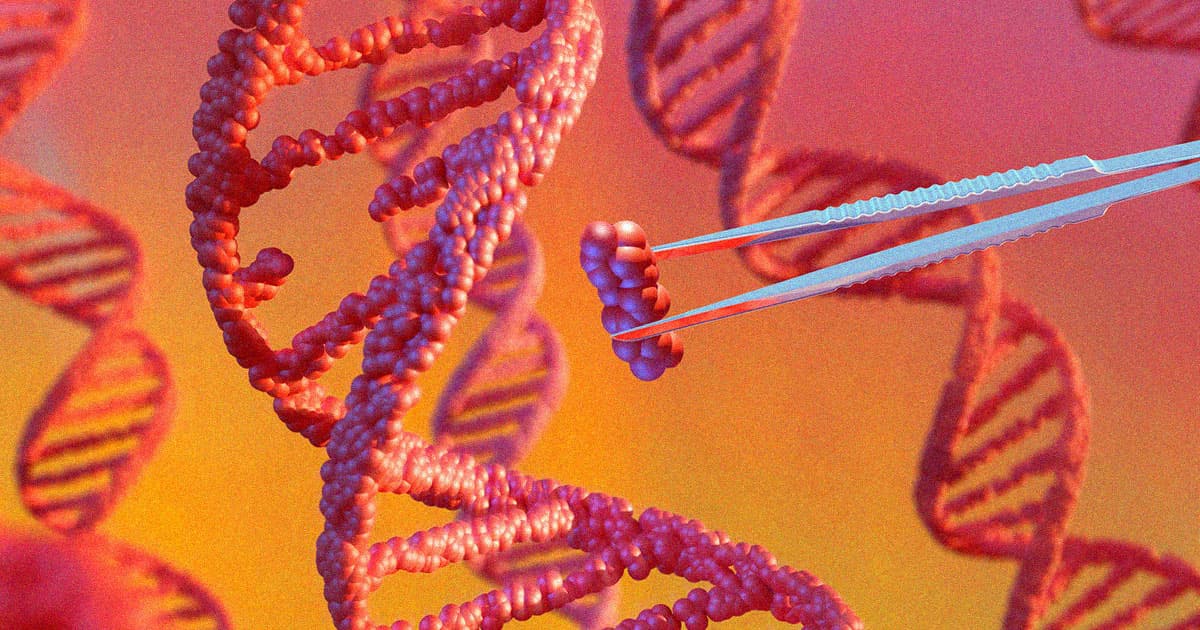 A team of researchers from US biotech company Verve Therapeutics have injected a gene-editing serum into a live patient's liver with the goal of lowering their cholesterol, a watershed moment in the history of gene editing that could potentially save millions from cardiovascular disease and heart attacks, MIT Technology Review reports.

The clinical trial kicked off with a patient in New Zealand receiving the unusual injection dubbed VERVE-101. Early experiments on monkeys have already yielded hopeful results.

The company claims that these genetic edits will be able to permanently lower levels of "bad" LDL cholesterol, a fatty molecule that at excessive levels can lead to clogged arteries.

And that could be a gamechanger as other interventions such as hard-to-follow diets, exercise, and other prescribed medicine have only been able to make a small dent LDL levels. Many drugs have also remained wildly expensive, with insurers refusing to pay for them, according to MIT Tech.

"VERVE-101 is a first-in-class gene editing medicine that we have designed to make a single spelling change in liver DNA to permanently turn off a disease-causing gene," said gene researcher and Verve Therapeutics founder Sekar Kathiresan in a statement.

"If this works and is safe, this is the answer to heart attack — this is the cure," Kathiresan told MIT Tech.

It's the first time a technique called "base editing," a novel take on CRISPR gene editing that substitutes DNA letters instead of cutting genes altogether, has been used in humans.

Such a technology could have dramatic implications, given how common high cholesterol is in the population.

"Of all the different genome editing ongoing on the clinic, this one could have the most profound impact because of the number of people who could benefit," Eric Topol, a cardiologist and researcher at Scripps Research, who was not involved in the research, told the publication.

Verve is now hoping to enroll around 40 adult patients with heterozygous familial hypercholesterolemia (HefH), an inherited genetic disorder that causes dangerously high cholesterol levels, to evaluate the safety and tolerability of the injection.