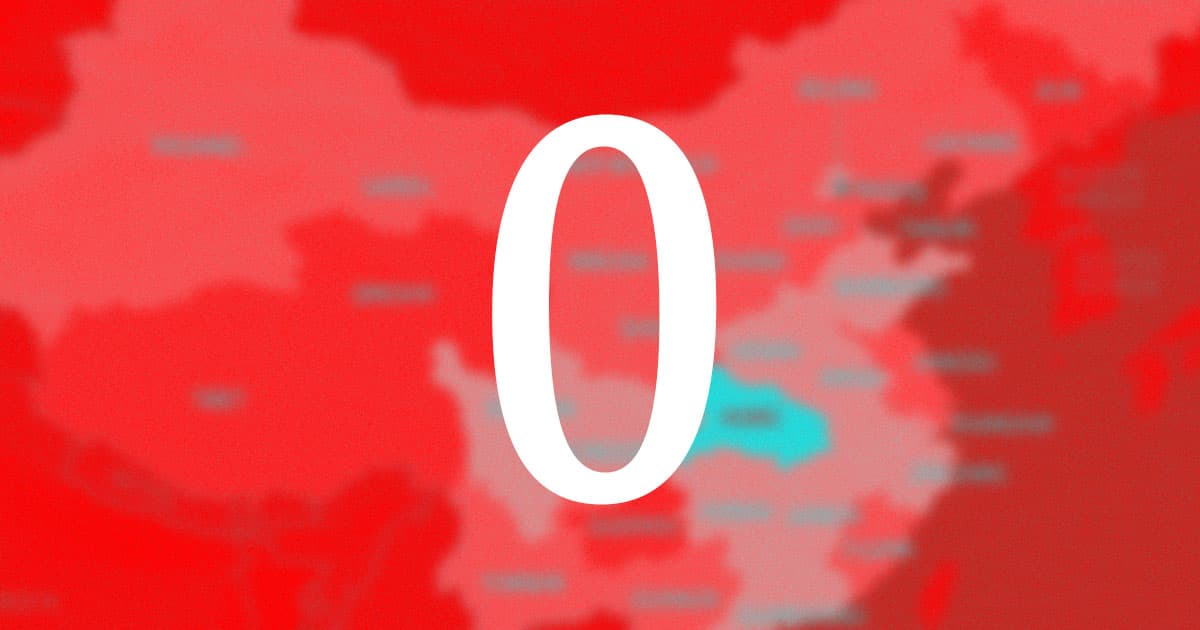 The world is filled with gloomy news about the coronavirus pandemic. People are dying. Children are getting extremely sick. College kids are ignoring social distancing guidelines to party on spring break, spreading the pathogen as they go.

In the face of all that bad news, though, The New York Times reports that China reached an extraordinary milestone on Thursday — reporting not a single new local coronavirus case in the country for the time since the outbreak began.

"It’s like the war has ended," said Stefan Kirkeby, an American who got trapped in China by the COVID-10 outbreak, in an interview with the newspaper. "We still cannot leave Hubei, but the people’s local freedom has been restored."

There are a few important caveats to the news, according to the Times.

The first: China did, in fact, report 34 new cases Thursday — though they were all people who seemingly caught it in other countries and brought it back to China.

And the second is that data can be misleading, by design or otherwise. In the Times' analysis, the new figures could be a "statistical blip." Or, the paper concedes, it's possible that China is manipulating the data. And it's likely as well that there were at least a handful of new cases that escaped detection.

Still, China's efforts to turn the outbreak around are heartening — even if the takeaway admittedly remains hazy.

Experts fretted to the Times that the country's totalitarian crackdown, which quarantined millions of residents in a crackdown that experts say defies historical precedent, is already undermining confidence in the Communist Party's regime.

That could mean political change for China, but it could also mean that it's harder to summon the political will to fight a coronavirus resurgence.

"It’s very clear that the actions taken in China have almost brought to an end their first wave of infections," said Ben Cowling, the head of the division of epidemiology and biostatistics at Hong Kong University’s School of Public Health. "The question is what will happen if there’s a second wave, because the kind of measures that China has implemented are not necessarily sustainable in the long term."

It's also unclear whether China's draconian response to the outbreak is something that can be replicated elsewhere. And that could be bad news for other countries, like the United States, where the coronavirus is still spreading faster every day.

More on China: China Says This Drug Is “Clearly Effective” Against Coronavirus