"He never wanted this job." 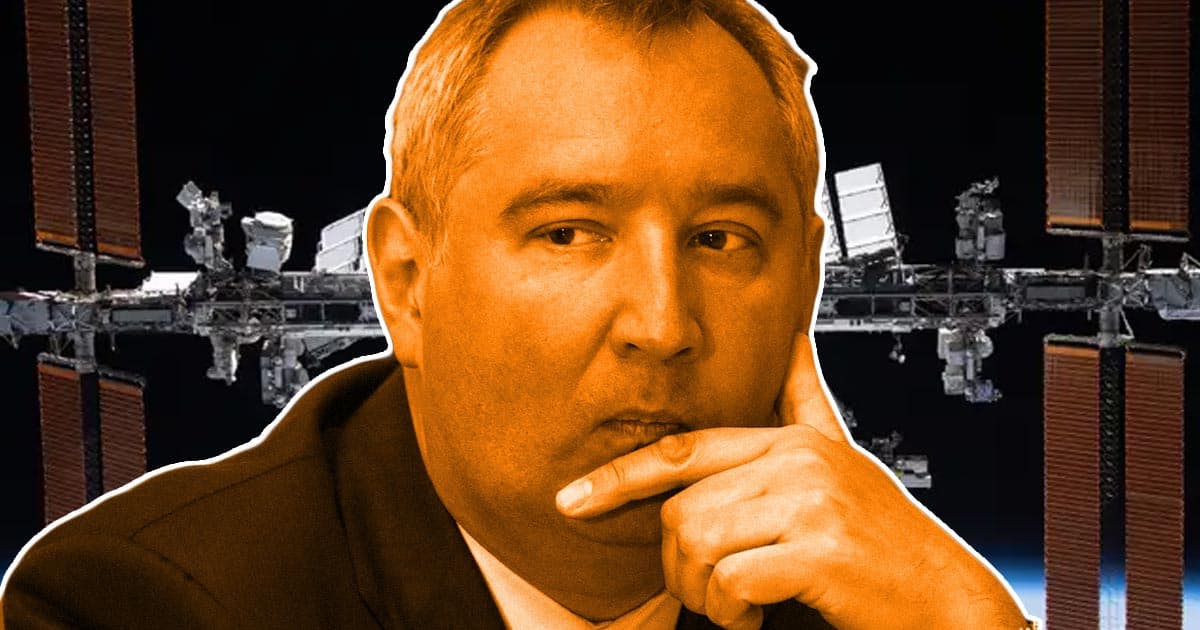 Russian space chief Dmitry Rogozin may have it out for his own space agency.

He was demoted from being Russia's deputy prime minister to lead Roscosmos in 2018 — and has since brought a very different tune to the country's space efforts.

"He never wanted this job," an anonymous NASA source told Ars Technica's Eric Berger. "He was essentially demoted, and he has spent his time at Roscosmos trying to get back into Putin’s good graces. And so it has just been an extraordinarily different kind of leadership than we’ve seen before, to the detriment of everyone."

Rogozin's behavior and communication style at Roscosmos have been so bizarre that at times experts have been divided on what he's even trying to say.

That's been on full display in recent days, with Western media outlets including Bloomberg and Axios interpreting Rozozin's latest outburst — "we’ll inform our partners about the end of our work on the ISS with a year’s notice" — as a threat to pull out  of the International Space Station entirely in response to sanctions against Russia.

That type of aggressive discourse in the space research community is unprecedented, even during the height of tensions with the Soviet Union.

"Going back to the Cold War, there was an unwritten rule where [USSR space officials] and NASA would not criticize one another," the former NASA official told Ars. "No matter how bad things got on Earth, the two space agencies would never share an ill word. Rather, they would continue to work together and let the politicians do the fighting."

"Well, that changed dramatically with Rogozin," the source added, arguing that the Russian space boss was simply spending "his time at Roscosmos trying to get back into Putin’s good graces."

The latest dustup comes from Rogozin going on Russian state TV to say that a decision about the ISS' future "has been taken already, we’re not obliged to talk about it publicly."

But on closer inspection, Rogozin's strange edicts, which are often communicated over Twitter, can be ambiguous.

A closer reading of his most recent remarks, for instance, suggests that he might simply be saying that Roscosmos will be informing international partners of Russia's eventual plans to leave the station with a year's notice, as Berger points out, something Rogozin has implied in the past as well.

In short, it's not a matter of if Russia will abandon the ISS, but when. And reading tea leaves in the form of the biased and muddled messages coming from Russian state media is likely a fool's errand.

Besides, Roscosmos has a lot to lose. Leaving the ISS means the country will no longer have a permanent presence in space, at least for years to come. Russia also recently launched and docked a brand new segment to the ISS, a module which has been in the works for decades.

That sunk cost, Berger's NASA source said, means that "even the leadership of Roscosmos" still "desperately wants and needs this activity to continue," because "if they drop out of the ISS they lose their space program. We are literally talking about the death of the Russian civil space program."

It's nearly impossible to read between the lines and get a clear message from Rogozin. Berger's outlook?

"What I have learned about covering Dmitry Rogozin for the last decade," he wrote, "is that, by far, the best policy to adopt toward him is to ignore what he says publicly."

Read This Next
Sabers Rattled
Russia Issues Veiled Threat to Shoot Down Pesky SpaceX Satellites
God Shot
Astronaut Says He Had Religious Experience During Spacewalk
Don't let the door hit you
Elon Musk Lobs Casual Space Station Burn at Moscow
Sad ROSS
Russia's New Space Station Gets Sadder the More We Hear About It
Buh Bye
Russia Says It's Definitely Quitting the ISS But Doesn't Say When Exactly
More on Off World
Trashing Orbit
Yesterday on the byte
Elon Musk Says SpaceX May Build Starship That Dies on Purpose
Cat and Mouse
Yesterday on the byte
SpaceX to Launch "Hunter" Satellites for Targeting Rival Spacecraft
Space In Space
Yesterday on the byte
NASA Official Admits There's a Bit of an Issue on the Space Station
READ MORE STORIES ABOUT / Off World
Keep up.
Subscribe to our daily newsletter to keep in touch with the subjects shaping our future.
+Social+Newsletter
TopicsAbout UsContact Us
Copyright ©, Camden Media Inc All Rights Reserved. See our User Agreement, Privacy Policy and Data Use Policy. The material on this site may not be reproduced, distributed, transmitted, cached or otherwise used, except with prior written permission of Futurism. Articles may contain affiliate links which enable us to share in the revenue of any purchases made.
Fonts by Typekit and Monotype.