"No one has ever seen an active asteroid up close like this." 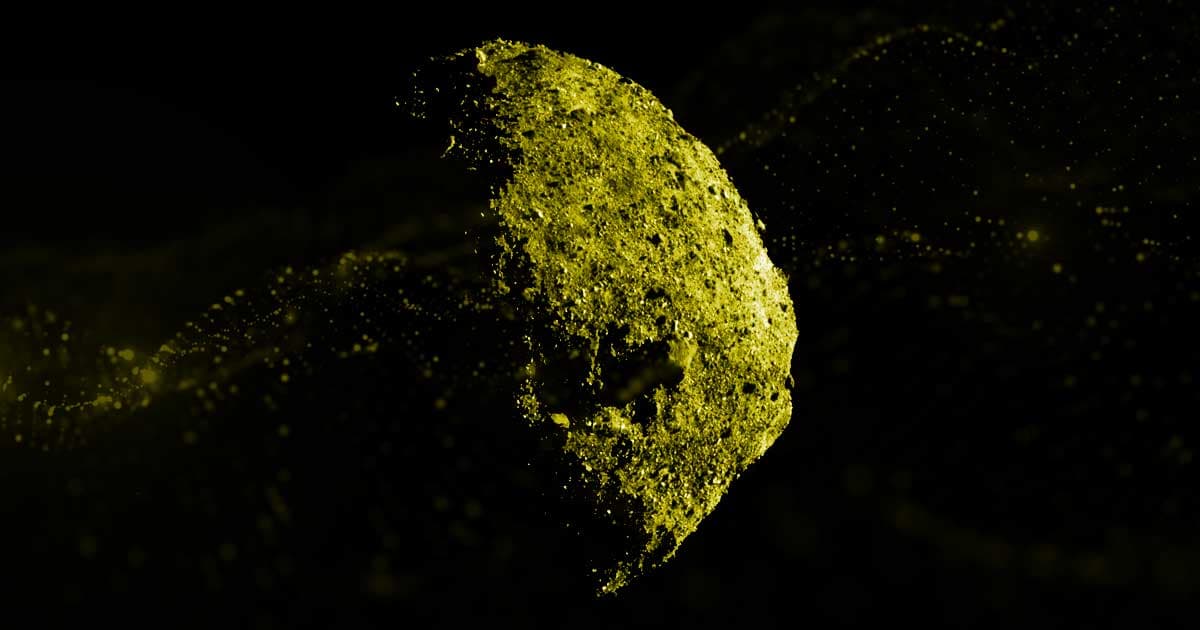 NASA's OSIRIS-REx spacecraft has been orbiting asteroid Bennu since December 2018, roughly 100 million miles from the Sun. And a recent discovery about the 1,600-foot space rock has scientists scratching their heads, Wired reports: Bennu keeps spitting out rocks, sometimes as large as several feet across, into space.

"Among Bennu's many surprises, the particle ejections sparked our curiosity, and we’ve spent the last several months investigating this mystery," Dante Lauretta, OSIRIS-REx principal investigator at the University of Arizona, Tucson, said in a statement. "This is a great opportunity to expand our knowledge of how asteroids behave."

The researchers are trying to figure out what is causing these "ejection events."

"No one has ever seen an active asteroid up close like this," Carl Hergenrother, an astronomer at the University of Arizona, told Wired. "It wasn’t that long ago that the conventional wisdom was that asteroids are these dead bodies that didn’t change very much."

The scientists have several theories. Meteoroid impacts could have caused Bennu to eject smaller fragments. Or the asteroid's wildly swinging surface temperatures could be dislodging rocks in a process called "surface stress fracturing." Alternately, water vapor could be causing pressure to build up, leading particles to pop out at cracks and pores in boulders.

For now, though, scientists are left with more questions than answers.

"What we’re seeing is something we would have never been able to see from the ground," Hergenrother told Wired. "So the question that is still on our minds is are we seeing a lower intensity process that is similar to what happens on other active asteroids, or is this something entirely different?"

READ MORE: No One Knows Why Rocks Are Exploding From Asteroid Bennu [Wired]