These Nanobots Can Repair Circuits All by Themselves

They’re tiny but mighty, and they don’t need us to tell them what to do. 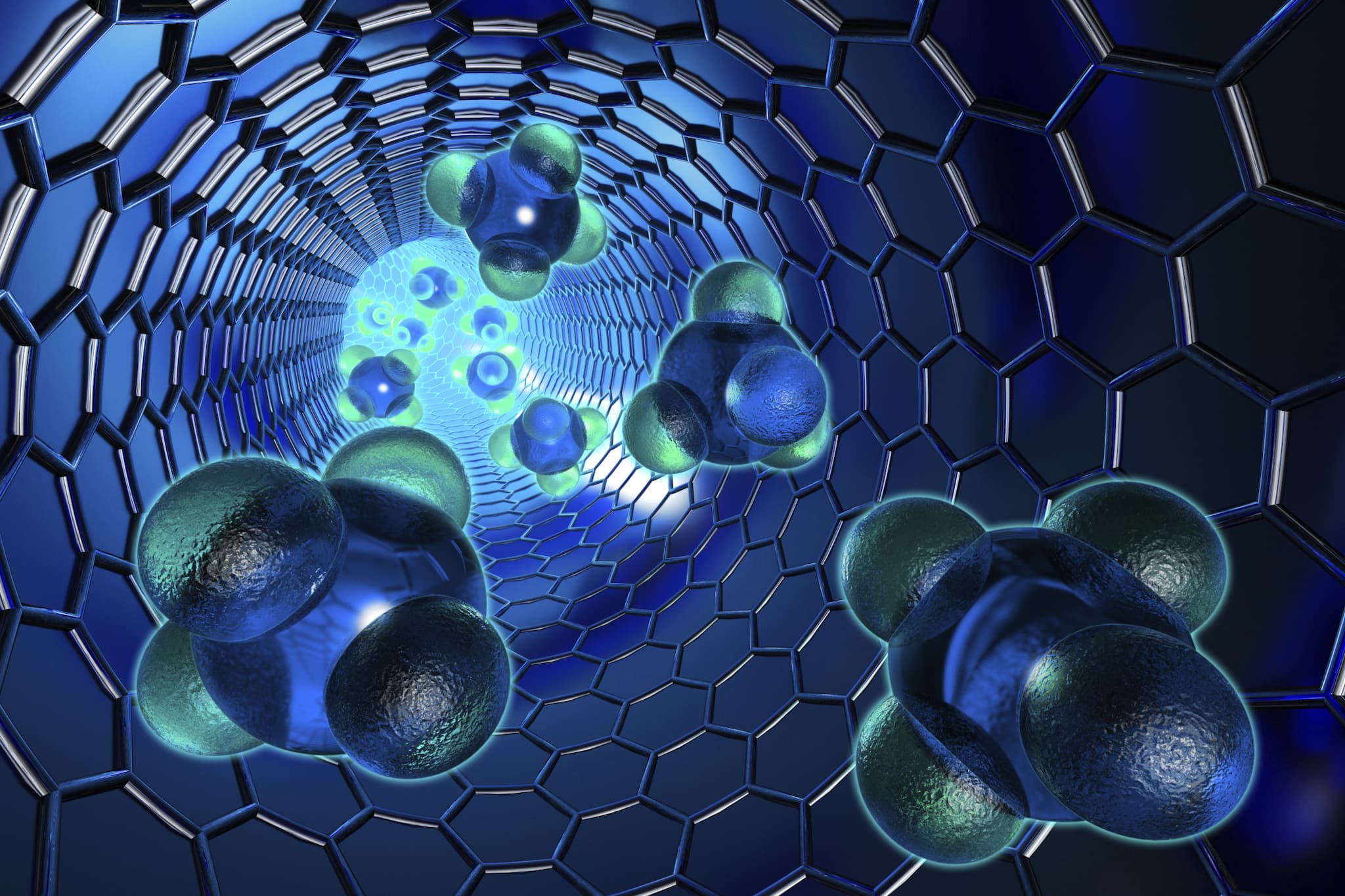 Nanorobotics has long been touted as one of the most promising “miracle technologies” of the future.  But one of the fundamental problems with such extreme miniaturization is how to “program” nanobots—after all, you can’t very well shrink computer circuitry to fit within nanometer-scale technology.

But now, two researchers, Joseph Wang of UC San Diego and Jennifer Balazs of the University of Pittsburgh, may have found an ingenious way to circumvent this problem.  Forget computer controls and artificial intelligence programming—let the laws of physics at the nano-scale do all the programming for you.

Inspired by the autonomous nanobots that evolution has furnished the human body—such as blood platelets that automatically clot and repair cuts—the pair wondered if they couldn’t create self-healing circuitry using nanobots acting on similar principles.

The researchers used spherical, bi-faced nanomotors made of gold and platinum—cleverly called “Janus particles,” after the two-faced Roman god of doorways and (fittingly enough) the beginning of new undertakings.

These Janus particles, one thousand times smaller than a pinhead, exhibit different chemical behaviors for either face—basically, the two sides have different properties—an important consideration in their selection.  To test their process, the researchers created a simple circuit between an LED light and a battery, and then broke the circuit with a tiny scratch.

After about 30 minutes, the solution was removed and the battery switched on and lo!—the LED was lit.  The researchers believe that the nanoparticles, propelled by the chemical reaction, swarmed over the break, where the gold half of the nanobots naturally “sensed” differing surface energies at the scratch, settled into the gap, and thereby repaired the circuit.

It’s a small achievement, on the face of it, but its implications are startling.  Imagine spray-on solutions to repair small and complicated circuits, computers, and other devices; better yet, think of all the medical applications, with nanobots that use the body’s chemistry to repair damaged tissues.

This could just be the breakthrough nanotech has been waiting for.

Read This Next
Fashion and Function
New Fiber Could Be the Foundation for Futuristic Smart Garments
Think Small
MIT Figured out a Way to Shrink Objects to Nanoscale
Futurism
A New Discovery May Allow Us to Finally Make an Invisibility Cloak
Futurism
Electric-Charged Nanoparticles Can Turn a Clear Window Into a Mirror
Futurism
Scientists Created Artificial Nanoparticles That Can Communicate With Each Other
More on Hard Science
Having a Blast
Jan 18 on the byte
New Study Shows Where You Should Hide to Survive a Nuclear Attack
Offworld Amino
Jan 15 on the byte
Scientists Find Building Blocks of Life in Meteor That Smashed Into Family's Driveway
Triple Threat
Jan 4 on the byte
Traveling Faster Than Light Would Mean Experiencing Multiple Timelines Simultaneously
READ MORE STORIES ABOUT / Hard Science
Keep up.
Subscribe to our daily newsletter to keep in touch with the subjects shaping our future.
+Social+Newsletter
TopicsAbout UsContact Us
Copyright ©, Camden Media Inc All Rights Reserved. See our User Agreement, Privacy Policy and Data Use Policy. The material on this site may not be reproduced, distributed, transmitted, cached or otherwise used, except with prior written permission of Futurism. Articles may contain affiliate links which enable us to share in the revenue of any purchases made.
Fonts by Typekit and Monotype.