Electric-Charged Nanoparticles Can Turn a Clear Window Into a Mirror

This could be essential tech for the smart homes of the future. 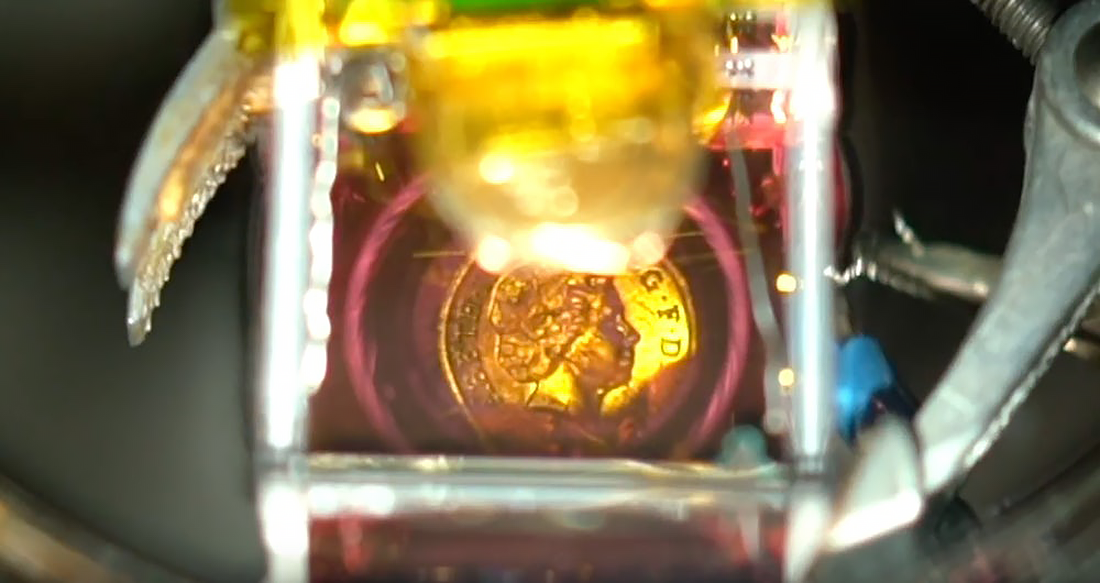 Researchers from Imperial College London have developed a material that can turn a transparent surface into a reflective one when an electric current is applied. We've all seen, at least in movies, one way mirrors used in police stations and spooky houses; this technology takes that idea to new levels of complexity and sophistication.

The team used gold nanoparticles, which are thousands of times smaller than the width of a single human hair, and placed them between two liquids which do not mix. When voltage is applied, the nanoparticles self-assemble into a new configuration closely together, making the surface reflective. Without the voltage, they are spaced apart, and the surface reverts to being transparent.

“This voltage drives nanoparticles to an interface, where they congregate and form a mirror. When we switch the system to a different voltage, the particles move away from the interface and the mirror disappears,” explains Anthony Kucernak, a professor in Imperial’s Department of Chemistry, to Digital Trends.

This new application could help us see a near-future of advanced window and mirror systems. Research has already developed smart windows with the ability to self-shade, helping to regulate the temperature of a building, saving on heating and cooling costs. Yet other windows are being developed to generate solar power, potentially turning skyscrapers into solar farms.

The Imperial College team is considering commercialization of their own smart window findings, but first want to work to increase the speed of the particles' response.

These window/mirror innovations may be exciting, but that's not the only potential application for this tech. As New Atlas suggested, this process could be used to create tunable optical filters for telescopes to help us better understand the universe and to make chemical sensors more sensitive — in other words, providing a window through which we can better understand our world.

Read This Next
Fashion and Function
New Fiber Could Be the Foundation for Futuristic Smart Garments
Think Small
MIT Figured out a Way to Shrink Objects to Nanoscale
Futurism
A Film Made of Graphene Makes Filtering Dirty Water Easier Than Ever
Futurism
Uranium Breakthrough May Pave the Way for Entirely New Materials
Futurism
A New Breakthrough Could Make Organic Electronics Far More Efficient
More on Hard Science
Tractor Beam
Thursday on the byte
Scientists Build Working Tractor Beam, Although It's Comically Tiny
Having a Blast
Jan 18 on the byte
New Study Shows Where You Should Hide to Survive a Nuclear Attack
Offworld Amino
Jan 15 on the byte
Scientists Find Building Blocks of Life in Meteor That Smashed Into Family's Driveway
READ MORE STORIES ABOUT / Hard Science
Keep up.
Subscribe to our daily newsletter to keep in touch with the subjects shaping our future.
+Social+Newsletter
TopicsAbout UsContact Us
Copyright ©, Camden Media Inc All Rights Reserved. See our User Agreement, Privacy Policy and Data Use Policy. The material on this site may not be reproduced, distributed, transmitted, cached or otherwise used, except with prior written permission of Futurism. Articles may contain affiliate links which enable us to share in the revenue of any purchases made.
Fonts by Typekit and Monotype.