MIT Figured out a Way to Shrink Objects to Nanoscale

Honey, I shrunk the objects! 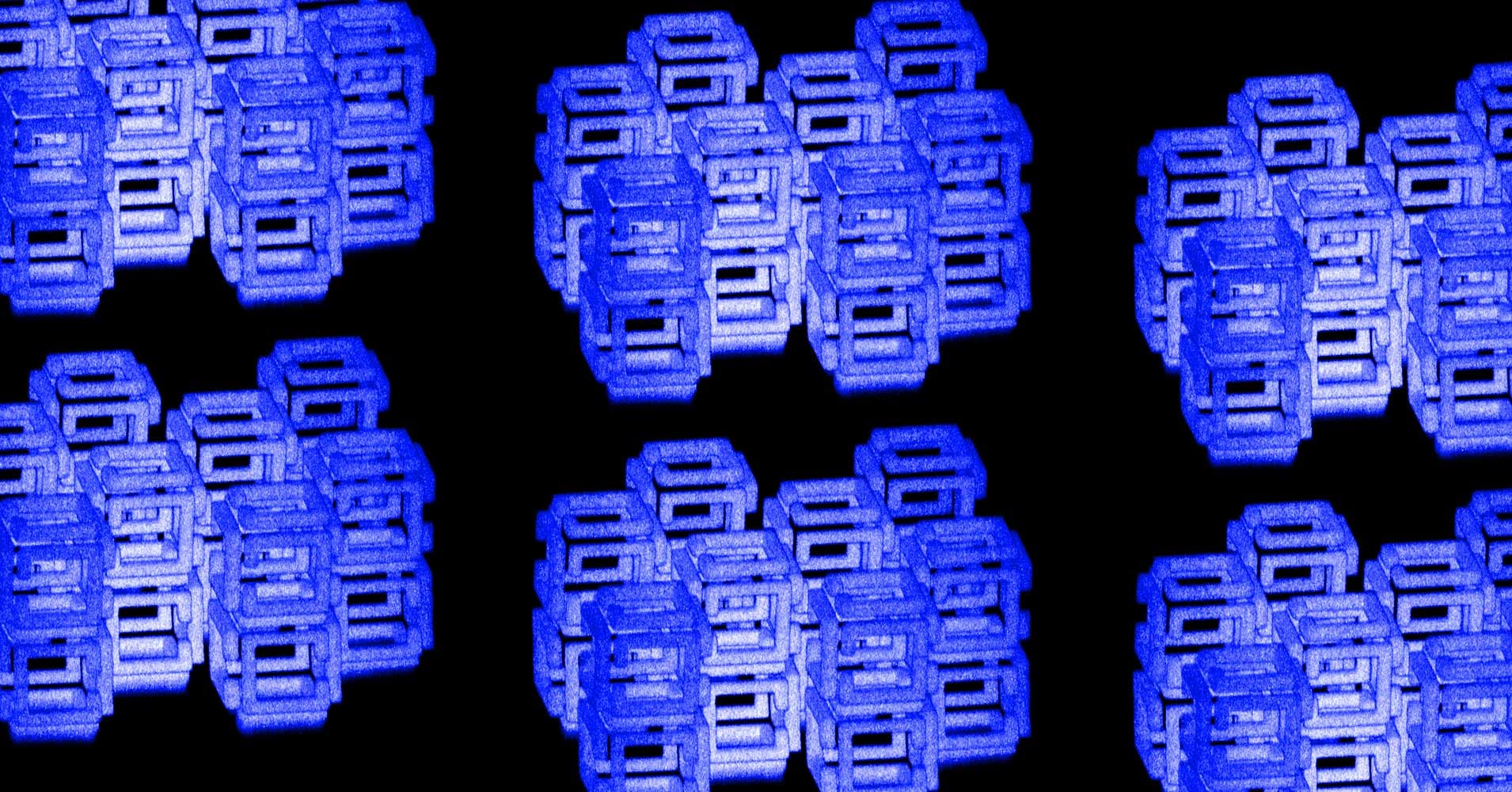 Birth of an Idea

A new nanotech breakthrough comes courtesy of a material you'd likely find in any nursery.

A team from MIT has figured out a way to quickly and inexpensively shrink objects to the nanoscale. It calls the process implosion fabrication, and it all starts with polyacrylate — the super-absorbent polymer typically found in baby diapers.

According to the MIT team's paper, published Thursday in Science, the first step in the implosion fabrication process is adding a liquid solution to a piece of polyacrylate, causing it to swell.

Next, the team used lasers to bind fluorescein molecules to the polyacrylate in a pattern of their choosing. Those molecules acted as anchor points for whatever material the researchers wanted to shrink to the nanoscale.

The researchers then dehydrated the polyacrylate scaffold using an acid. That caused the material attached to the polyacrylate to shrink in an even way to a thousandth of its original size.

Perhaps the most exciting aspect of implosion fabrication is its accessibility — according to the MIT press release, many biology and materials science labs already have the necessary equipment to beginning shrinking objects to the nanoscale on their own.

As for what those researchers might shrink, the MIT team is already exploring potential uses for implosion fabrication, including in the fields of optics and robotics. But ultimately, they see no limit to the technique's possible applications.

"There are all kinds of things you can do with this," Boyden said. "Democratizing nanofabrication could open up frontiers we can’t yet imagine."

More on nanotech: Australian Scientists Have Developed a New Tool for Imaging Life at the Nanoscale

Read This Next
Can't Even
Scientist Behind Venus Life Claim Describes It as "Crazy"
Dark Matters
MIT Team "Accidentally" Invents Blackest Material in Existence
Fashion and Function
New Fiber Could Be the Foundation for Futuristic Smart Garments
Futurism
A New Discovery May Allow Us to Finally Make an Invisibility Cloak
Futurism
Magnetic Particles Could Lead to an Entirely New Form of Data Storage
More on Hard Science
Tractor Beam
Jan 26 on the byte
Scientists Build Working Tractor Beam, Although It's Comically Tiny
Having a Blast
Jan 18 on the byte
New Study Shows Where You Should Hide to Survive a Nuclear Attack
Offworld Amino
Jan 15 on the byte
Scientists Find Building Blocks of Life in Meteor That Smashed Into Family's Driveway
READ MORE STORIES ABOUT / Hard Science
Keep up.
Subscribe to our daily newsletter to keep in touch with the subjects shaping our future.
+Social+Newsletter
TopicsAbout UsContact Us
Copyright ©, Camden Media Inc All Rights Reserved. See our User Agreement, Privacy Policy and Data Use Policy. The material on this site may not be reproduced, distributed, transmitted, cached or otherwise used, except with prior written permission of Futurism. Articles may contain affiliate links which enable us to share in the revenue of any purchases made.
Fonts by Typekit and Monotype.