Scientists Created Artificial Nanoparticles That Can Communicate With Each Other

This is a huge step forward in the world of machines. 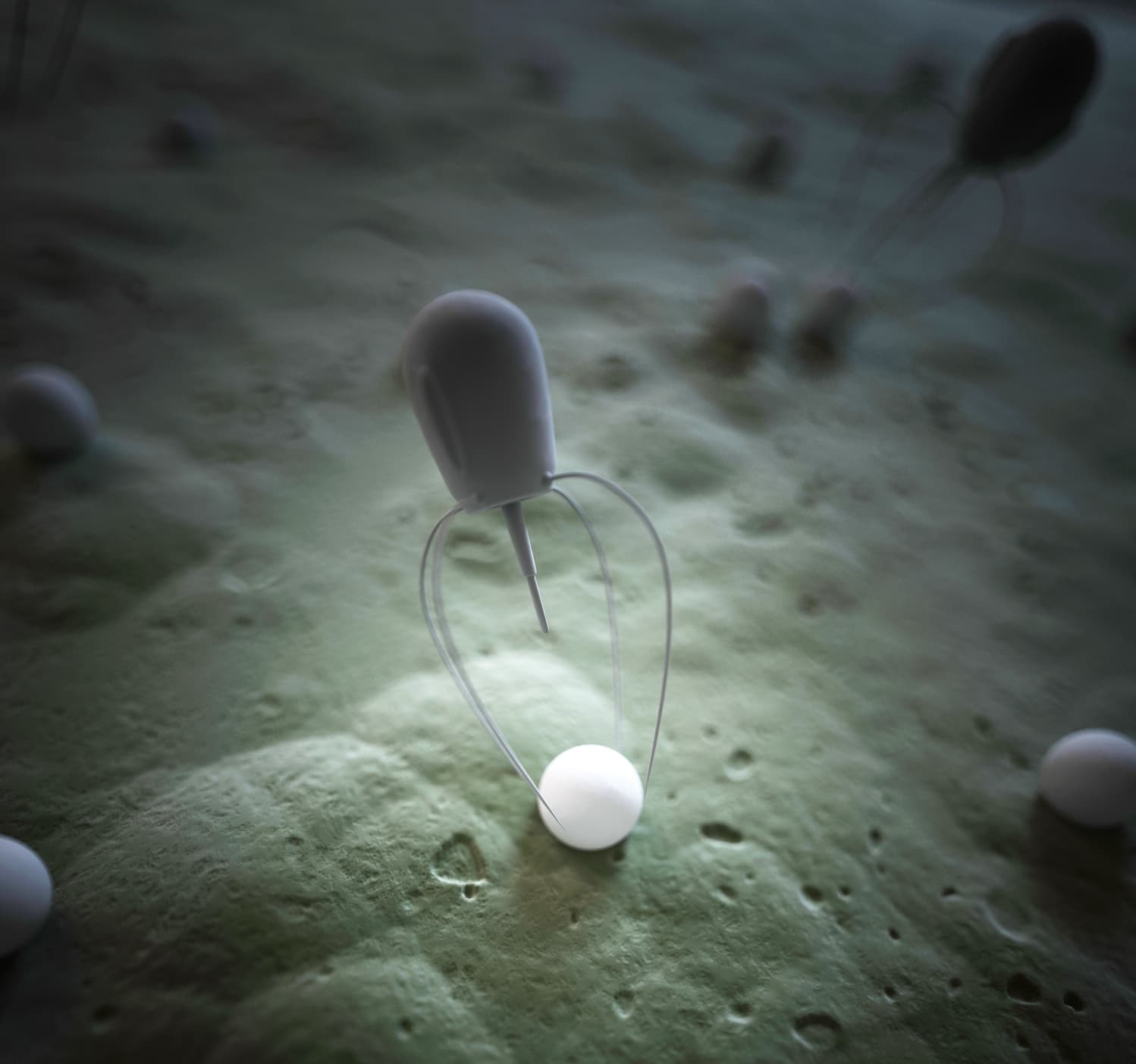 Just like flying cars and artificial intelligence, nanobots are mainstays in a number of science fiction flicks.  While there are efforts to develop the technology, researchers are stumped by the difficulty of making miniature electronic devices. Shrinking computer circuitry to nano-sized bits isn't yet possible.

Furthermore, nanobots usually work better together — Big Hero 6, yeah? — which makes it necessary for these miniature devices to communicate with each other.

However, current communication technologies for nanotech still rely on large components. Researchers from the Complutense University of Madrid (UCM) in Spain may have found a way around this problem.

In a study published in the journal Nature Communications, Reynaldo Villalonga and his colleagues took their cue from biology.  "[A]n interesting approach for establishing communication at the nanometric level is to mimic how nature communicates," the researchers wrote.

The Future of Nanobots

Cells and bacteria communicate using chemical signals, and there has been interest in labs around the world, like those at the Koch Institute and UCM, in getting nanoparticles can be made to do the same thing. Villalonga and his team demonstrated that this is possible. Their research involved using two so-called Janus particles — particles that had one side made of porous silica carrying some sort of dye and another side made of gold — which were coated with reactive chemicals.

The communication process took place through chemical transformations that occurred on the particles' surfaces as they interacted with each other, culminating in the release of dye so the scientists knew the communication was successful. “It seems simple, but this is happening between machines that are tens of nanometers across,” Jornet, who wasn't involved in the study, told New Scientist.

While it's still to be tested inside a human body, the method shows potential in developing disease detection and prevention technology on a single-cell scale. For instance, the silica side of the nanoparticle could instead be made to carry medication instead of dye, say for cancer treatment.

"This is one of the first steps toward constructing a nanosized robot,” says Villalonga. “Our dream is to construct an autonomous nanomachine that can be used to fight cancers.”

Indeed, nanobots may well be part of our bodies sooner than we think. Ray Kurtzweil thinks it would happen by the 2030s. For that to be possible, studies like this of Villalonga and his colleagues are necessary.

Read This Next
Brands We Love
Build an Adorable Robot Army With Geeek Club's DIY Nanobots
Futurism
Nanoparticles Are Moving Us Toward a Cancer-Free World
Futurism
Scientists Made Nanorobots That Can Release Drugs in The Body Using Mind-Control
Futurism
Revolutionary Injectable Nanoparticles Can Help Stop Internal Bleeding
Futurism
Researchers "Grow" Nanoparticles Using Gold and Light
More on Hard Science
Tractor Beam
Thursday on the byte
Scientists Build Working Tractor Beam, Although It's Comically Tiny
Having a Blast
Jan 18 on the byte
New Study Shows Where You Should Hide to Survive a Nuclear Attack
Offworld Amino
Jan 15 on the byte
Scientists Find Building Blocks of Life in Meteor That Smashed Into Family's Driveway
READ MORE STORIES ABOUT / Hard Science
Keep up.
Subscribe to our daily newsletter to keep in touch with the subjects shaping our future.
+Social+Newsletter
TopicsAbout UsContact Us
Copyright ©, Camden Media Inc All Rights Reserved. See our User Agreement, Privacy Policy and Data Use Policy. The material on this site may not be reproduced, distributed, transmitted, cached or otherwise used, except with prior written permission of Futurism. Articles may contain affiliate links which enable us to share in the revenue of any purchases made.
Fonts by Typekit and Monotype.