A Man Just Sold Something Truly Horrible as an NFT

It's a gross idea, but there are real lessons about the NFT craze here. 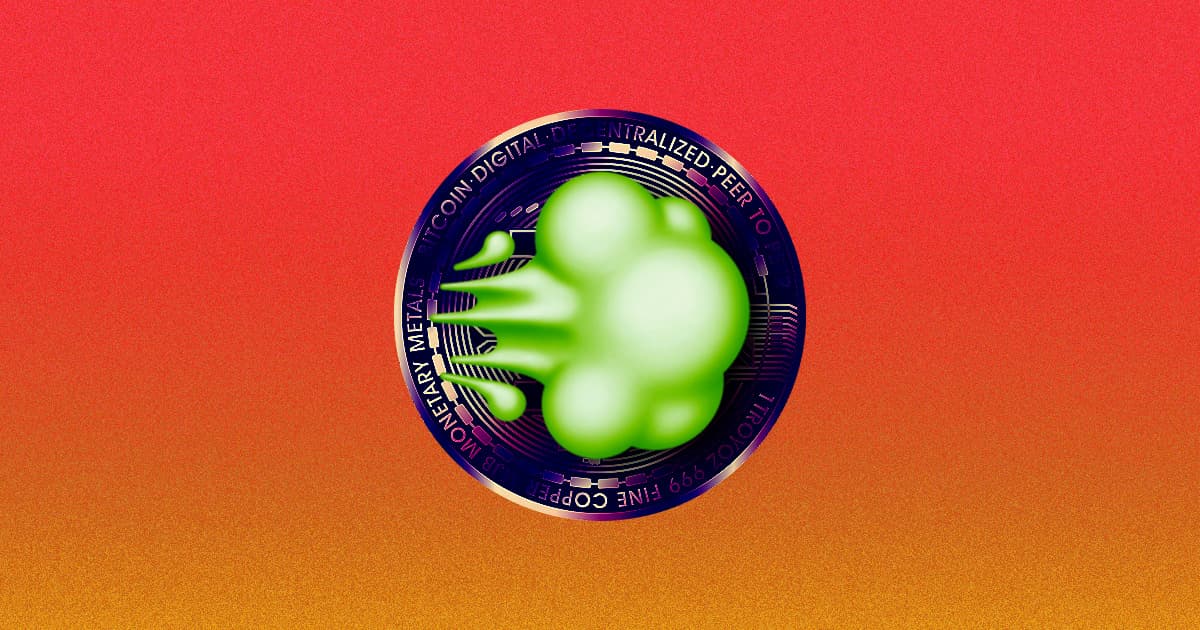 In only a matter of weeks, NFTs have gone from works produced by renowned digital artists to brands shamelessly cashing in on the trend, offering up meaningless GIFs of toilet paper and pixelated JPGs of pizza slices.

And while some artists are selling elaborate pieces of digital art at Christie's, some are aiming a little lower than that.

In the latest entry of "NFTs that have simply gone too far," a man from NYC has decided to sell recordings of his own intestinal gas — his "farts," colloquially speaking — the New York Post reports.

Brooklyn-based film director Alex Ramírez-Mallis's NFT, called "One Calendar Year of Recorded Farts" is pretty much exactly what it sounds like. It's a series of, well, fart recordings, with inventive names such as "The Tony Hawk Special Edition" and "Fart #0666."

The entire edited audio file is an uninterrupted spree of emissions that goes on for 52 long minutes. The top bid for the collection is a cool 0.2 ether, or roughly $360.

The recordings are also available individually, and one of Ramírez-Mallis's flatulent audios has already been sold for $85 or 0.05 ether.

"If the value increases, they could have an extremely valuable fart on their hands," he told the Post.

The ridiculousness of the NFT trend didn't fly over the film director's head.

"The NFT craze is absurd — this idea of putting a value on something inherently intangible," he told the newspaper. "These NFTs aren’t even farts, they’re just digital alphanumeric strings that represent ownership."

He may have a point. Many NFTs currently being sold on the most popular exchanges are simple files that live on the Ethereum blockchain, but don't actually include the art itself. The token is simply a link to where the NFT is being stored.

In other words, if Ramírez-Mallis were to move his fart recordings to a different server, the NFT holders would likely have very little recourse and be left, well, without a fart NFT.

"There’s that old saying, 'Why don’t they just frame the money?'" Ramírez-Mallis told the New York Post, "and this really is the embodiment of that."

More on NFTs: NFTs Have a Huge Persistence Problem

Read This Next
Apes Ahoy
A Major NFT Project Is Falling Apart in a Storm of Lawsuits
Rube Goldbergian
The Dune NFT Project Is Back With an Inscrutable New Scheme
Wrong-Clicker
Knockoff eBay NFTs Are Kind of Based, Actually
Sad!
Melania Trump Accused of Secretly Buying Her Own NFT to Avoid Disgrace
Magic: The Reckoning
Maker of "Magic" Cards Sends Cease and Desist to Project Minting Unauthorized NFTs
More on Future Society
I Silence Thee
Jan 28 on futurism
Leaked Messages Seem to Show Elon Musk Using Twitter to Punish His Enemies
Gas Giant
Jan 27 on the byte
Journalist Eats Lab-Grown Chicken, Gets "Weirdly Gassy"
Musk Rats
Jan 26 on the byte
Twitter Is Quietly Re-Suspending the Lunatics Elon Musk Let Back On
READ MORE STORIES ABOUT / Future Society
Keep up.
Subscribe to our daily newsletter to keep in touch with the subjects shaping our future.
+Social+Newsletter
TopicsAbout UsContact Us
Copyright ©, Camden Media Inc All Rights Reserved. See our User Agreement, Privacy Policy and Data Use Policy. The material on this site may not be reproduced, distributed, transmitted, cached or otherwise used, except with prior written permission of Futurism. Articles may contain affiliate links which enable us to share in the revenue of any purchases made.
Fonts by Typekit and Monotype.