And she questions what it means for the future of humanity. 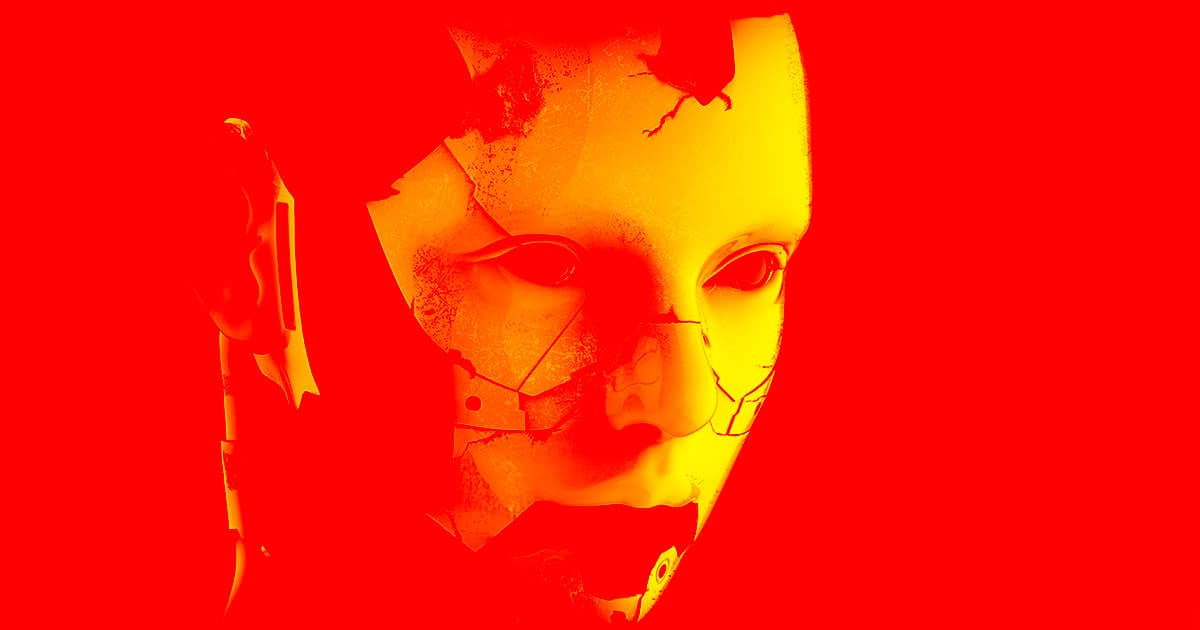 Theoretical neuroscientist Vivienne Ming has focused her professional career on exploring ways to use tech to maximize human potential — but in a fascinating new Quartz essay, she details how she has also channeled her inner "mad scientist" for an intensely personal reason.

According to Ming, after her son was diagnosed with autism, she put her expertise to work to build a face- and expression-recognition system for Google Glass designed to interpret others' facial expressions in real-time.

That's a skill most neurotypical people are born with, but that may seem like a "superpower" to someone with autism — and in her Quartz piece, Ming raises provocative questions about the impact the tech has had on her son's humanity.

"I’ve chosen to turn my son into a cyborg and change the definition of what it means to be human," she wrote. "But do my son’s engineered superpowers make him more human, or less?"

There's no question that using tech to augment human biology is no longer some sci-fi fantasy — today, people with cochlear implants, bionic eyes, and mind-controlled prosthetic limbs walk among us.

Those devices may differ wildly in their specific purposes, but in general, they all work toward the same goal: make someone who's "different" more like the average human.

The system Ming built for her son falls into this same category. But what happens when we use neuroprosthetics not to level the playing field, so to speak, but to start putting some people on a higher plane?

What happens when tech that makes people arguably better than the average human is widely available?

Ming wrestles with that question in her Quartz piece, and the conclusion she reaches isn't particularly encouraging.

"In theory, anyone might have access to new neurotechnologies," Ming writes. "But in reality, those most able to take advantage of them are likely to be the ones who need them the least."

In other words, the first people to have access to the latest cyborg tech will likely be those who can afford it, leading Ming to conclude that augmentation could "become a tool to entrench inequality even more firmly."

Add in the very real possibility that those same economically privileged humans will soon be able to give their offspring a biological advantage before they're even born thanks to gene-editing tech, and it's hard to imagine a future in which technology doesn't create a wider chasm between the haves and the have nots.

Essentially, by the time Ming asks readers "What happens when we all want to become superhuman?" in the final line of the Quartz piece, she's already shared her answer to the question — and it ain't pretty.

Of course, global institutions could —and, some experts argue, should — regulate the use of these superpower-granting technologies, designing rules that ensure we all benefit from them equally.

But it'll be far easier to tell people they can't enhance themselves or their offspring before the ability to do so is widely available  — and given the pace the tech is advancing, the window for putting those regulations in place is closing. Fast.

READ MORE: Why I’m turning my son into a cyborg [Quartz]

More on cyborgs: The Cyborgs Are Here: Researchers Put Living Cells In A Robotic Finger

Read This Next
Pointless Procedure
CRISPR Baby Experiment Meant to Prevent HIV Might Not Even Work
Gene Editing Ban
Experts Call for Temporary World Ban on Gene-Hacked Children
Small Wonder
Tiny New CRISPR Protein Could Make Human Gene-Hacking Less Risky
Futurism
Rogue Bitcoin-Funded Biohacker Wants to Gene-Hack Designer Babies
CRISPR Stateside
Another Scientist Is Gene-Editing Human Embryos — but More Ethically
More on Enhanced Humans
Brain Transparency
Friday on futurism
Duke Professor Welcomes the "Promising" Future of Employers Reading Your Brain
Brain-Computer Im...
Jan 3 on the byte
Neuralink Cofounder Says New Company's Eye Implant Could Be "Ultimate" VR Tech
Eyes Have It
12. 30. 22 on futurism
Meet the Neuralink Cofounder Who Left and Started a Competitor That's Now Rapidly Catching Up
READ MORE STORIES ABOUT / Enhanced Humans
Keep up.
Subscribe to our daily newsletter to keep in touch with the subjects shaping our future.
+Social+Newsletter
TopicsAbout UsContact Us
Copyright ©, Camden Media Inc All Rights Reserved. See our User Agreement, Privacy Policy and Data Use Policy. The material on this site may not be reproduced, distributed, transmitted, cached or otherwise used, except with prior written permission of Futurism. Articles may contain affiliate links which enable us to share in the revenue of any purchases made.
Fonts by Typekit and Monotype.