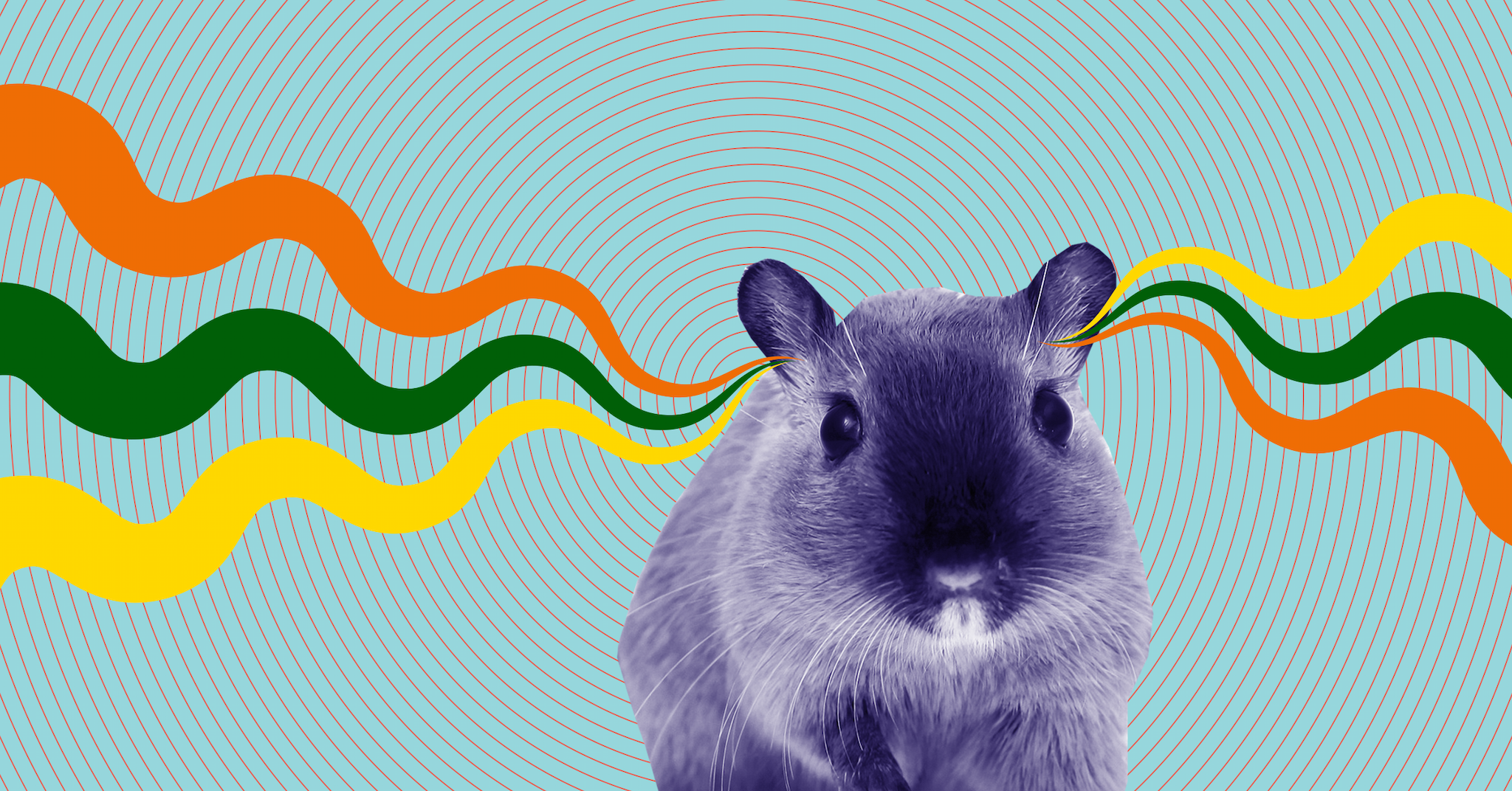 USEFUL, BUT NOT PERFECT. For millions of people with hearing impairment, getting a cochlear implant can be life-changing. These electronic devices can bypass the damaged part of a person's ear, translating sounds into electrical signals that then reach the brain via the auditory nerve. This doesn't restore a person's hearing per se, but does allow them to experience the sensation of hearing. Under the right conditions, the devices even give users the ability to understand speech.

Though they can be useful, today's cochlear implants are still far from perfect — users can have a tough time comprehending speech in environments with a lot of interfering noise, like in a crowded restaurant. In an attempt to improve these devices, a team of German researchers just published a proof-of-concept study on a type of cochlear implant that uses light to simulate sound. They published their research on July 11 in the journal Science Translational Medicine.

GENETICALLY MODIFIED GERBILS. For their study, the German researchers started by training Mongolian gerbils to leap over an obstacle whenever they heard an alarm. Next, the researchers injected a gene directly into the cochlea of the gerbils, using a virus to deliver it. This genetic tweak allowed light to activate the neurons in the animal's cochlea. Finally, they implanted optical fibers they could turn on to give off light within the cochlea.

When the researchers turned on the fibers so that they gave off blue light, the gerbils jumped over the obstacle the same way they did when they heard the alarm. When the researchers deafened some of the animals and turned on the fibers, they found the gerbils still jumped the same way — stimulating the now-deaf gerbils' cochlear neurons with light generated the same response in the animals as the alarm did when they could hear.

NEW ERA OF IMPLANTS. This isn't the only study to use light to stimulate cochlear neurons. However, past studies focused on mice and rats, and the hearing system of the Mongolian gerbil more closely mimic that of humans — the animals' cochlea is relatively large, and it can hear the same low- frequency range picked up by the human ear.

While this is simply a proof-of-concept study, it could lead to a new era of cochlear implants, ones that are more accurate than today's devices.

"The optical cochlear implant should provide a fundamental advance of hearing restoration towards more natural hearing," Tobias Moser, a professor of auditory neuroscience at the University Medical Center Goettingen in Germany and one of the study authors, tells Futurism. "Since light can be better confined than electrical current, the number of independent frequency channels is expected to be greater in the optical CI. This, we think, will provide more frequency resolution of sound coding enabling the user to better separate similar sounds, understand speech in the noise, and appreciate melodies."

Think of the cochlea like a circular stairway, Moser says, in which each step is a different tone. The current cochlear implants, which use electricity to transmit signals to the auditory nerve, activate an entire flight of steps at a time. But a light-based cochlear implant could be much more sensitive — "[it] would get closer to touch individual steps as acoustic hearing does for soft sounds."

5.14.18
An Injection of Salt in Your Eardrum Might Save You From a Lifetime of Hearing Loss
12.20.17
New CRISPR Gene Editing Experiment Slows Down Hearing Loss
2.02.23
Unfortunate Redditor Says They Had Diarrhea in a Sensory Deprivation Tank
1.31.23 Studies
Flirting With a VR Hottie Might Help People Avoid Cheating, Experiment Finds
1.30.23 Neuroscience/Brain Science
US Surgeon General Warns Against 13-Year-Old Using Social Media