Johnny Matheny, who lost his arm to cancer in 2005, is testing out the $120-million prosthetic. 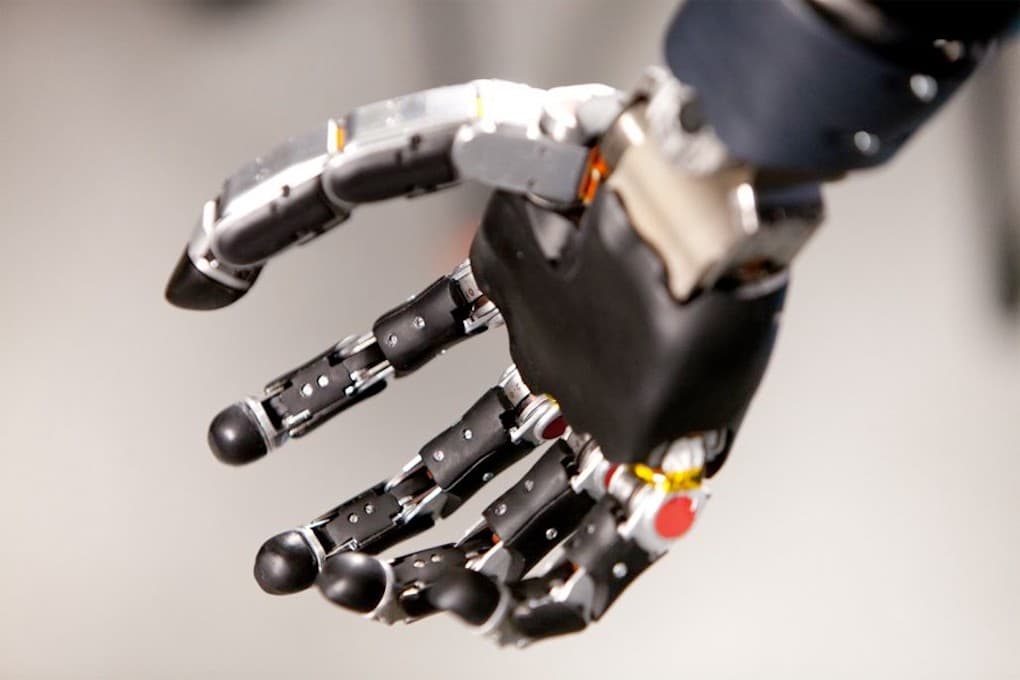 Prosthetics have advanced drastically in recent years. The technology's potential has even inspired many, like Elon Musk, to ask whether we may be living as "cyborgs" in the not-too-far future. For Johnny Matheny of Port Richey, Florida, that future is now. Matheny, who lost his arm to cancer in 2005, has recently become the first person to live with an advanced mind-controlled robotic arm. He received the arm in December and will be spending the next year testing it out.

The arm was developed by Johns Hopkins Applied Physics Lab as part of their program Revolutionizing Prosthetics. The aim of the program, which is funded by the Defense Advanced Research Projects Agency (DARPA), is to create prosthetics that are controlled by neural activity in the brain to restore motor function to where it feels entirely natural. The program is specifically working on prosthetics for upper-arm amputee patients. While this particular arm has been demoed before, Matheny will be the first person to actually live with the prosthesis. The program does hope to have more patients take the tech for a longterm test run, though.

While the prosthetic device is impressive, it's not a limitless, all-powerful robot arm. Matheney won't be able to get the arm wet and is not allowed to drive while wearing it. Keeping a few rules in mind, Matheney will otherwise be free to push the tech to the edge of its capabilities, truly exploring what it can do.

The word cyborg might elicit images of cartoon supervillains, but the integration of advanced robotics into medical prosthetics has been largely positive, even life-changing, for many patients. In some cases, the devices have been able to restore their motor and sensory abilities. The introduction of "mind-controlled" robotic prosthetics will allow patients with amputations, traumatic injuries, or who were born without a limb to utilize a complete and full range of motion. What's most impressive is that the prosthetics will allow them to do this in a way that feels "natural."

The two major components of the current prosthetic "test" will be to determine how technically capable the arm is and how well it's controlled by Matheny's brain. If these robotic limbs controlled solely by thought can be designed and successfully used, it would revolutionize prosthetics. Artificial limbs could then become much more organic; working with an individual patient's movements, intentions, and body.

If the year of testing proves successful, what could it mean for the future of prosthetics? Or for the prospect of cyborgs? Aside from the many ways in which it benefits patients using prosthetic limbs, the technology might also prove to be useful in some unexpected places — like a journey to Mars.

Elon Musk has said that if humans are to keep up with machines, to explore the far reaches of our Solar System, to venture beyond what already know to be possible, we will likely need to merge with machines. Biologically, human beings have clear and strict limitations. But, if we were assisted or augmented by mind-controlled mechanical attachments, humans of the future could redefine those limits.

Read This Next
Helping Hand
This Autonomous Robot Arm Feeds People Who Can’t Feed Themselves
Futurism
The Cyborgs Are Here: Researchers Put Living Cells In A Robotic Finger
Futurism
A New Futuristic Robot Lets Your Arms Lift Half a Ton
Futurism
Scientists Create 3D-Printed Jaw For Cancer Survivor
Futurism
Get a Remarkably Accurate 3D Printed Action Figure...Of Yourself
More on Robots & Machines
FROM THE DEPT. OF...
Yesterday on futurism
The Best Wired Earbuds in 2022
FROM THE DEPT. OF...
Yesterday on futurism
The Best Gifts For Gamers in 2022
Egg Drop
Yesterday on the byte
Former NASA Guy Drops Egg Out of Space, Tries to Keep It From Breaking
READ MORE STORIES ABOUT / Robots & Machines
Keep up.
Subscribe to our daily newsletter to keep in touch with the subjects shaping our future.
+Social+Newsletter
TopicsAbout UsContact Us
Copyright ©, Camden Media Inc All Rights Reserved. See our User Agreement, Privacy Policy and Data Use Policy. The material on this site may not be reproduced, distributed, transmitted, cached or otherwise used, except with prior written permission of Futurism. Articles may contain affiliate links which enable us to share in the revenue of any purchases made.
Fonts by Typekit and Monotype.