Thousands of items are discounted, but we found the deals that matter most. 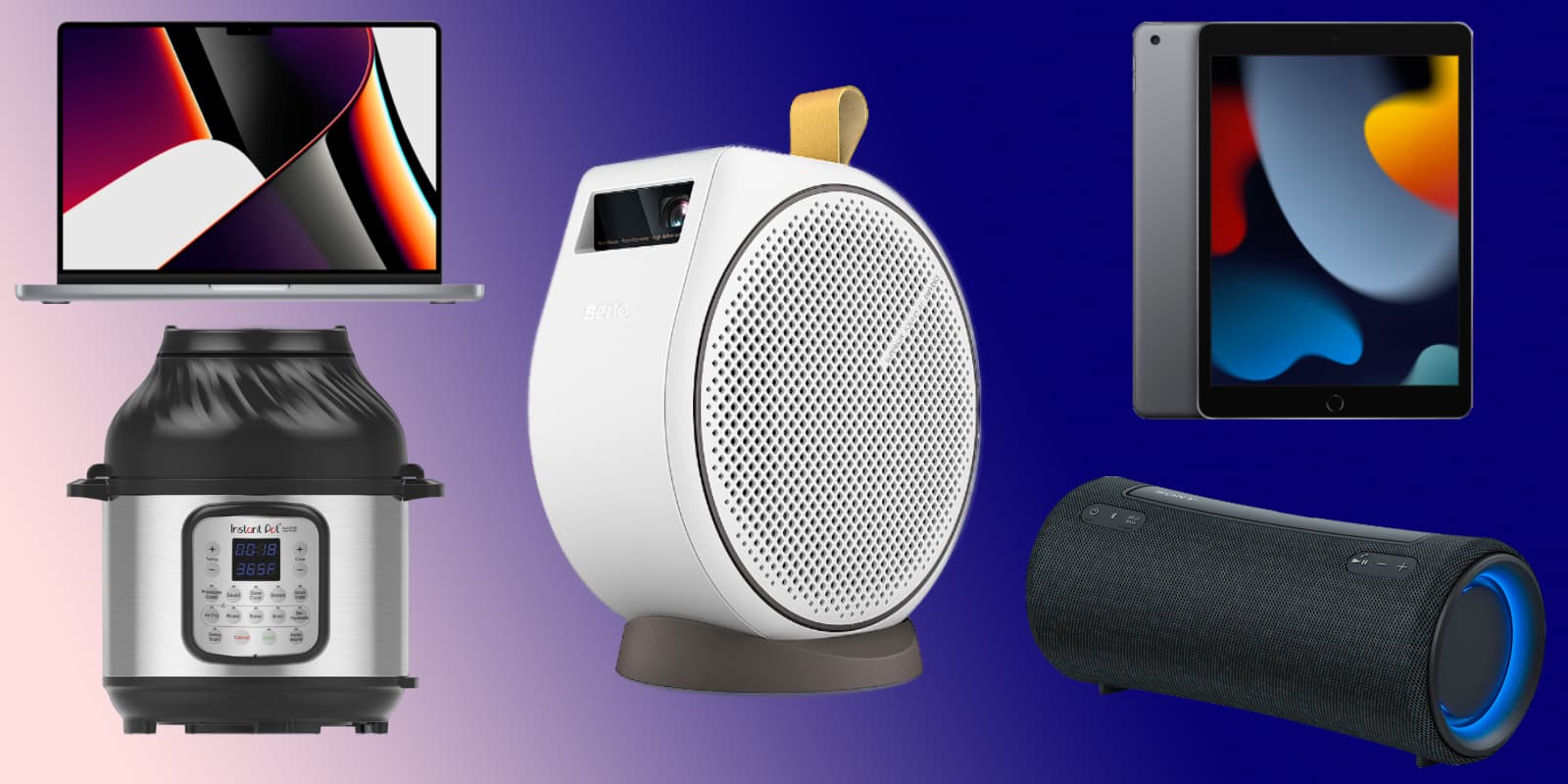 Labor Day Weekend is here, and Best Buy’s sale contains some of the top deals we’ve seen this year. The store has gone all out to offer deep discounts on everything from the latest laptops and tablets, to tailgating essentials like grills and fire pits. One of the things that differentiates Best Buy from other stores is its ability to keep items in stock longer than its competition.

If a deal has expired elsewhere, there’s still a chance you can get it here. You may even be able to pick up the item you’re looking for on the same day by choosing the “in-store pickup” option at checkout. If you’re looking for an inexpensive tech upgrade before the school year starts, Best Buy’s Labor Day Weekend sale is the first place you should shop.

The XG300 is Sony’s latest high-end portable speaker, and we’re surprised to see it on sale so soon after its launch. Aesthetically, this is the best-looking portable speaker Sony has put out in years, from the linen-wrapped exterior to the soft plastic handle. Raised buttons on the top of the XG300 make it easy to pair your device, switch tracks, or adjust the volume. The XG300’s new look is matched by a four-driver speaker system that includes two woofers and a pair of tweeters that ensures your music will sound balanced. If you feel like the sound needs a little more low-end, you can add it by pressing the Mega Bass button.

Sony’s XG300 is one of the few premium portable speakers that’s earned an IP67 durability rating, which means it's dust-proof and can be fully submerged under water without being damaged. If you want a speaker that can hold its own on the beach, you’ve found it. Sony says the XG300 gets up to 25 hours of music playback per charge, though that will depend on your listening volume, and whether you enable certain settings like Mega Bass mode. The company is so confident in this speaker’s battery that it stuck a USB-A port on the back, which allows you to use the XG300 as a power bank for your other devices. And it's on sale during Labor Day deals at Best Buy.

BenQ’s GV30 is basically a 150-inch movie theater you can take with you everywhere. The 720p smart projector runs Android, so you can stream music, TV shows, and movies right out of the box. You also have the ability to stream content to the projector from your phone as long as the app you’re using supports Chromecast. The GV30 even has an integrated 2.1 stereo audio system, so you don’t have to plug in any speakers.

We typically hesitate when recommending portable projectors because they usually require a media streamer and speakers to function properly — inflating the price you pay to have a good experience — but BenQ solved those problem with the GV30. If you do want to connect an external device, like a game console or computer, you can plug it into the GV30’s HDMI port. BenQ says the GV30 will last up to two and a half hours per charge, but the amount of playtime you get will depend on your brightness settings and whether you’re using its WiFi antennas to stream content. And it's on sale during Labor Day deals at Best Buy.

Instant Pot makes some of the most popular multi-use kitchen appliances, and the Duo Crisp is one of its best models. The multi-cooker has 11 settings: pressure cook, saute, slow cook, steam, sous vide, air fry, roast, bake, broil, dehydrate, and keep warm. If you want to cook a new recipe, there’s a good chance the Instant Pot Duo Crisp can oblige. This device may have some new tricks, but it retains most of the design decisions that made the original Instant Pot so popular.

The Duo Crisp’s chamber can hold up to eight quarts of food, which is enough to cook enough servings of whatever dish you’re cooking for at least four people. Once the meal has ended, you can take off many of its parts and pop them in the dishwasher. If you hand-wash your kitchen tools, it’s nice to know you won’t accidentally waterlog an important piece of this device. If your kitchen’s counters are smaller than your culinary ambitions, the Instant Pot Duo Crisp could easily be the best kitchen purchase you make all year. And it's on sale during Labor Day deals at Best Buy.

Apple doesn’t discount its hardware, which is why this $50 discount on its entry-level iPad really stands out. The device has a 10.2-inch high-resolution display, 64 GB of storage, and runs the latest version of Apple’s iPadOS software. The tablet is equipped with a 12-megapixel front-facing camera and eight megapixel rear-facing camera, both of which can record video in 1080p.

The device is powerful enough for 4K video editing without stuttering, which is something you can’t say for many laptops, but it’s slim enough to fit into a mid-sized zippered pocket of a backpack. The entry-level iPad is also the perfect size for casual web browsing, online shopping, audio or video streaming, and videoconferencing. Part of the iPad’s appeal is its 10-hour battery life, which hangs on even if you push the tablet by playing intense games or using other resource-intensive apps. If you’d like the power of a laptop with the portability of a tablet, this is the perfect device. And it's on sale during Labor Day deals at Best Buy.

SimpliSafe says the sensors it’s developed are sophisticated enough to tell the difference between the heat signature of humans and animals to avoid false alarms. One of this system’s best features is that all of the devices can run on battery power. The base station needs to be plugged in, but will switch over to a battery if you lose power, and stay online by moving from WiFi to a 3G cellular data connection. This may not be the most fun home upgrade to make, but SimpliSafe’s Home Security Kit is a very wise investment for any homeowner. And it's on sale during Labor Day deals at Best Buy.

It’s fair to say that most people don’t associate Best Buy with outdoor gear, but it makes this deal on Solo Stove’s Yukon even better. This is Solo Stove’s largest fire pit, and it can accommodate logs up to 16 inches wide. The Yukon features Solo Stove’s innovative design, which includes a row of holes on its inner and outer walls to promote airflow. This helps prevent smoke from billowing up and causing your eyes to water as you sit around it for warmth.

The design actually works, and makes it possible to comfortably enjoy Solo Stove’s fire pits for several hours at a time. The Yukon isn’t completely smoke-free (you’ll still need to take a shower and throw your clothes in the wash after using it), but you won’t need to wear goggles around it.  Best Buy has bundled the Yukon with a pair of accessories: A stand, which elevates it off flammable surfaces (think wooden decks), and a cover to keep it protected from harsh weather. If you want to extend your time outdoors this autumn, Solo Stove’s Yukon Fire Pit is the ideal tool for the job. And it's on sale during Labor Day deals at Best Buy.

Apple’s current-generation 14-inch MacBook Pro is the company’s best laptop in nearly a decade, and it’s the ideal machine for power users. This computer features Apple’s M1 Pro processor, 16 GB of RAM (memory), a 512 GB SSD, and a 14-inch Liquid Retina display. The M1 Pro chip is so powerful and energy-efficient that you can easily use this laptop for over 10 hours without hearing the fans spin up once, even if you’re editing high-resolution photos, videos, or multi-track audio projects.

The 14-inch MacBook Pro is equipped with three Thunderbolt 4 ports, one HDMI port, a MicroSD Card slot, and a headphone jack. This is the most generous selection of ports Apple has offered in a laptop since 2015. You won’t need an adapter to plug an accessory into this laptop, or when you want to connect this machine to a monitor. The 14-inch MacBook Pro is a premium laptop, but it could easily last you six or seven years before you need to upgrade. Any student or creative professional should seriously consider this laptop before looking at any other. And it's on sale during Labor Day deals at Best Buy.

For more great discounts, check out: