Jellyfish Chips Are the Future of Junk Food

If you can't beat them, eat them. 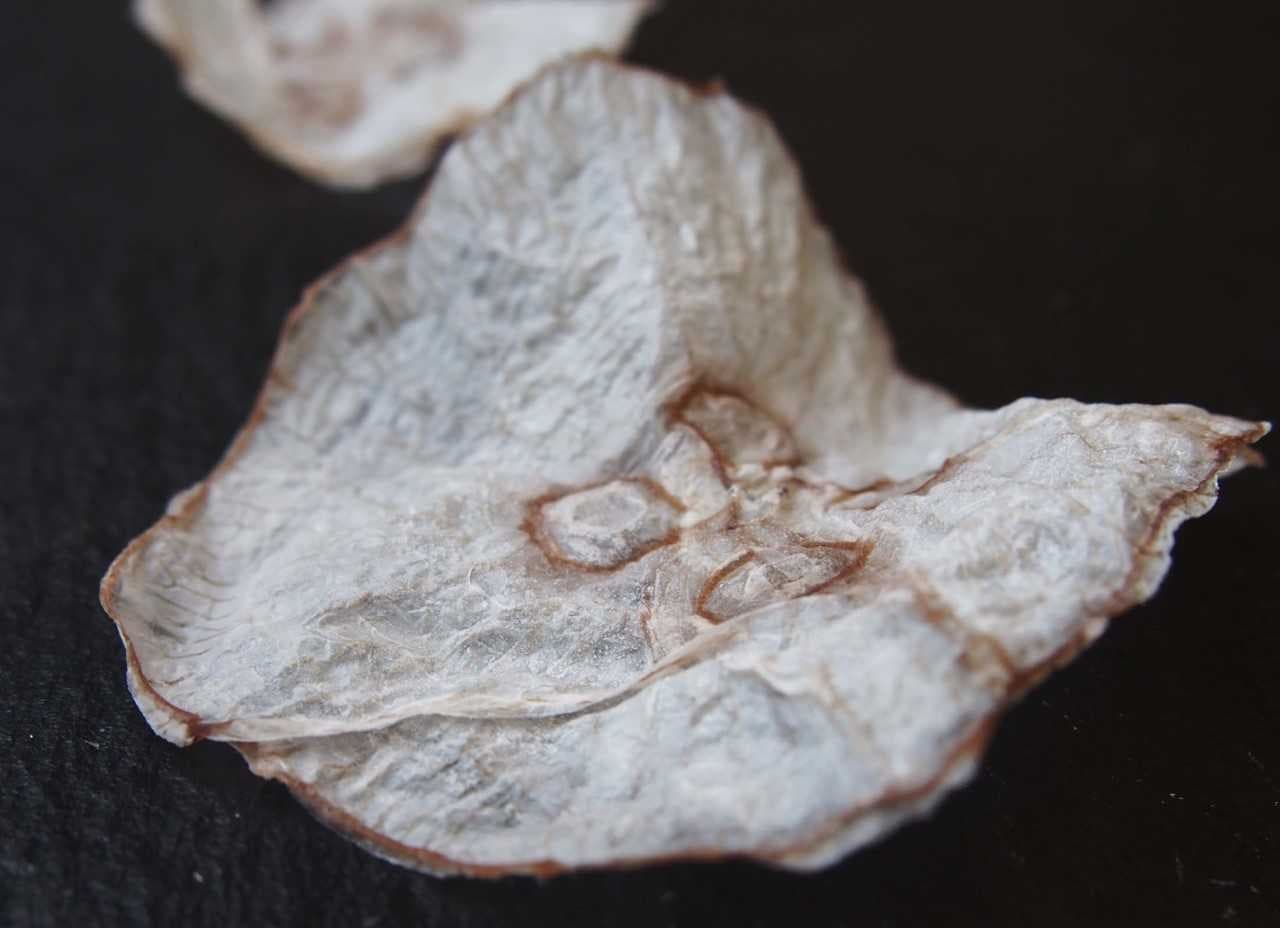 Jellyfish are not exactly the centerpiece of most people's ideal meals. The umbrella-shaped animals are slimy, tasteless, and can be extremely poisonous.

But a population boom and the need to reduce meat — and other foods that require extensive energy to produce — consumption, means humanity has to get creative when it comes to making lunch. It turns out jellyfish are a prime candidate to become a staple food of the future, because there are plenty of them in the ocean. As overfishing reduces more traditionally available seafood stock, jellyfish reproduce in swarms. And there will be even more jellyfish thanks to climate change making oceans warmer and more acidic.

The solution to swarms of jellyfish? Learn to like eating them as they are. Or turn them into something more appetizing than a salty, rubbery gelatin. Like chips, for example.

A team of Danish researchers devised a method to turn the animals into crunchy chips in just a few days. This is in stark contrast to traditional means of preparing jellyfish that many Asian nations use — marinading the tentacled creatures for weeks in salt and potassium. Pickled jellyfish, anyone?

Using two-photon microscopes, the Danish team studied how the filaments that make up a jellyfish change when the animals turn from rubbery and soft to hard and crunchy. The scientists just presented their study at the 62nd Biophysical Society Annual Meeting in San Francisco, California.

Mathias P. Clausen, a postdoctoral fellow at University of Southern Denmark in Odense, Denmark, involved in the study said in a press release: "Tasting jellyfish myself, I wanted to understand the transformation from a soft gel to this crunchy thing you eat. Using ethanol, we have created jellyfish chips that have a crispy texture and could be of potential gastronomic interest."

Jellyfish chips are not only an acceptable alternative to potato chips taste-wise, but they're also good for you. These creatures are rich in nutrients, including vitamin B12, magnesium, and iron, and low in calories.

And the sooner we learn to co-opt these creatures into acceptable food sources, the better. According to the Food and Agriculture Organization, we could see “a global regime shift from a fish to a jellyfish ocean” within our lifetimes. Fishermen can't wait to get rid of them either, because jellyfish also endanger fish stocks around the world.

It may be time to take the mentality: "If you can't beat them, eat them."

Read This Next
Futurism
Jellyfish Thrive on Pollution and Climate Change. Now They're Taking Over
Futurism
A Fleet of Underwater Robots Will Create Detailed Map of Marine Microbes
Futurism
We May Not Be Catching as Many Fish as We Were Two Decades Ago
Futurism
Record Global Temperatures Drive Extreme Heatwaves in Oceans, Too
Futurism
United Nations' Treaty Protecting High Seas May Be a Reality in 2020
More on Earth & Energy
Do The Worm
9:18 PM on the byte
Scientists Name "Funky Worm" Amphibian After a Weird 70s Funk Song
Cow Chow
Yesterday on the byte
Bill Gates Gives $12 Million to Flatulent Australian Cows
Dye in the Water
Yesterday on the byte
Scientists Dye Chunks of Ocean Water Pink for Head-Turning Coastal Experiment
READ MORE STORIES ABOUT / Earth & Energy
Keep up.
Subscribe to our daily newsletter to keep in touch with the subjects shaping our future.
+Social+Newsletter
TopicsAbout UsContact Us
Copyright ©, Camden Media Inc All Rights Reserved. See our User Agreement, Privacy Policy and Data Use Policy. The material on this site may not be reproduced, distributed, transmitted, cached or otherwise used, except with prior written permission of Futurism. Articles may contain affiliate links which enable us to share in the revenue of any purchases made.
Fonts by Typekit and Monotype.