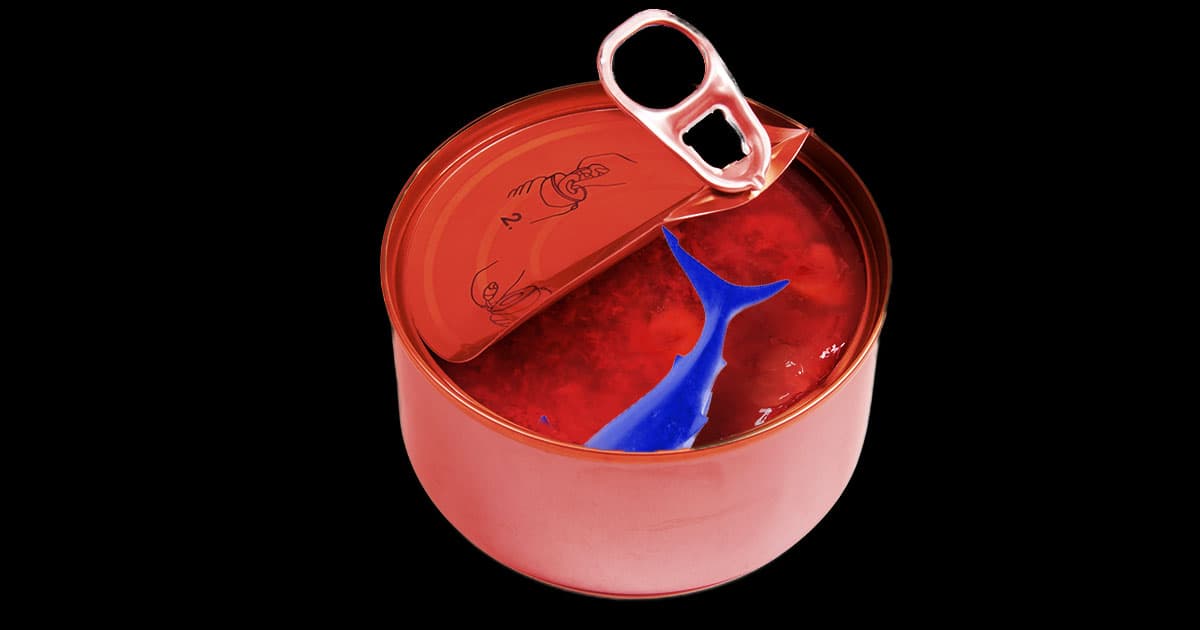 "It surprises people that these things can turn up on their pet’s plate.”

"It surprises people that these things can turn up on their pet’s plate.”

Despite declining global shark populations, the important predator's meat is somehow winding up in cans of cat and dog food, according to a new study published this morning in the journal Frontiers in Marine Science.

Two researchers at the National University of Singapore used DNA testing to determine what kinds of meat were in 45 pet food products from 16 brands produced in the city-state and found multiple vulnerable or endangered species in the ingredients list. Many manufacturers list shark meat as "white fish" or "ocean fish" and don't give consumers details on what their pets are consuming, according to the study.

"Pet owners and animal lovers may unwittingly be contributing to the overfishing of endangered sharks," the authors, Ian French and Benjamin Wainwright, wrote in the study. "Shark populations have declined by more than 70 percent over the past 50 years."

The authors believe the declines are attributed to an 18-fold increase in fishing.

Three quarters of all oceanic shark species are now considered at risk of extinction, according to the scientists, and many of those were found in the pet food tested. According to the Guardian, the most frequently identified species were blue shark, silky shark and whitetip reef shark. The sicklefin weasel shark, Caribbean sharpnose shark and the sand tiger shark were also found, and all are considered vulnerable species.

It's bad enough that we may be contributing to overfishing, but even worse that it's not even good for the pets eating it. According to the Guardian, shark meat is low in nutritional value.

"Lots of people don’t want to eat it," Dr. Andrew Griffiths, an ecologist at the University of Exeter, told the independent news outlet. “So you can’t necessarily sell it through other supply chains. It surprises people that these things can turn up on their pet’s plate.”

It's hard enough to know what to feed your pet without considering which endangered animals are in their food. Some groups say meat-based food is horrible for dogs, which are carnivores, while others say grain-free food is just as bad. And regulation, naturally, is weak.

It seems like an insurmountable task, but stricter fishing regulations and increased publicly-available pet food research are about the only things that can ensure Fido or Spot isn't munching on mystery meat.