Spring Might Come Earlier, but Food Shortages Will Still Happen 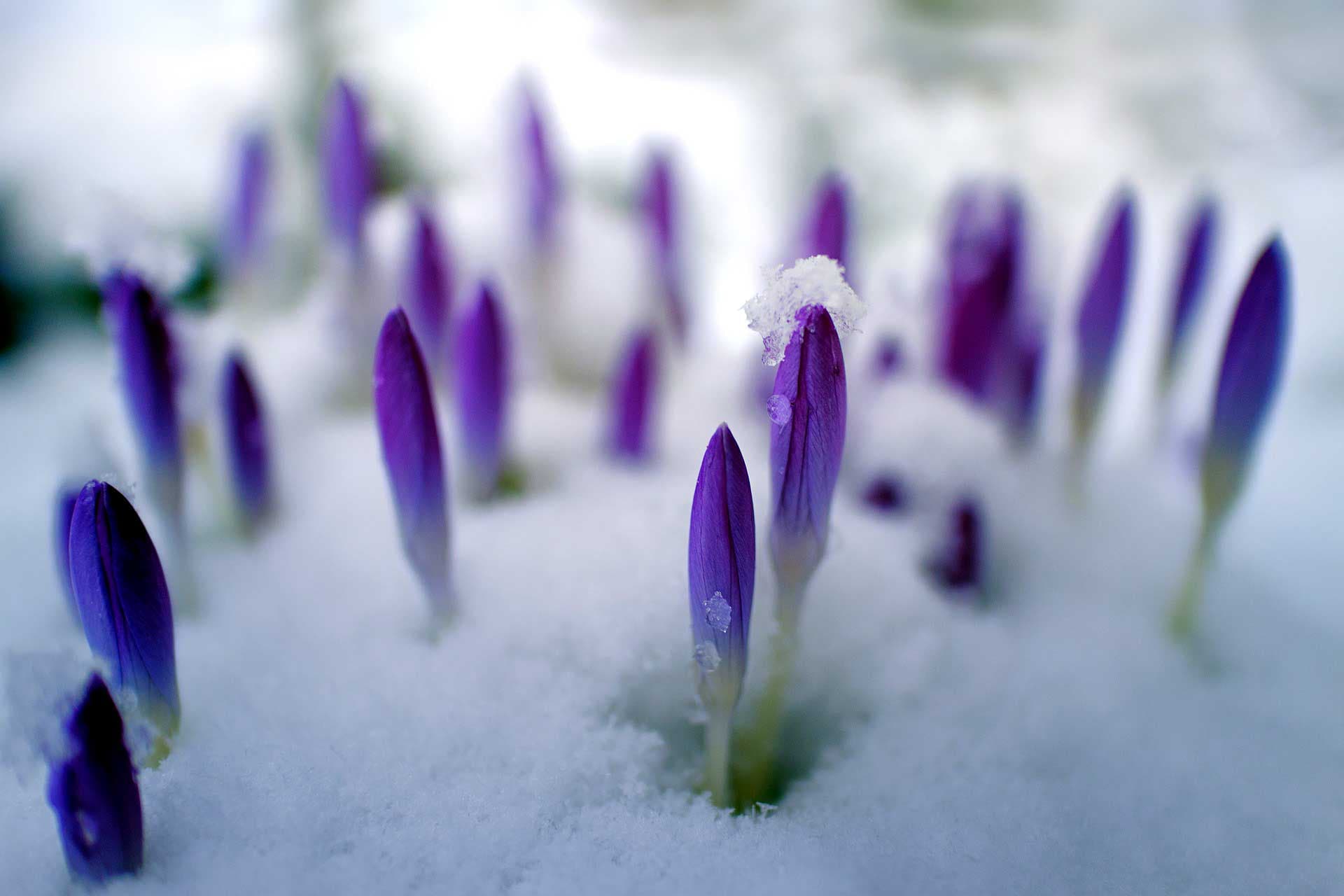 Those who don't want to take action to stop climate change like to point out its supposed benefits - in particular, the idea that plants will grow faster and stronger on a warmer, more carbon dioxide-rich planet. Climate change affects food production in ways that will help us, they assert.

Now that spring has sprung about 20 days early in the U.S. two years in a row, you'd think we'd start seeing those benefits reflected in agriculture. However, it's not quite that simple.

As summarized in the most recent Climate Science Special Report, produced by the U.S. Global Change Research Program (USGCRP), a number of factors influence plant productivity. Climate change affects food, true, but not necessarily in a positive way.

Surprisingly, shorter winters can actually limit plant growth, as some plants require a long winter to go dormant and regain energy for leaf unfolding in the spring. Short winters can also leave plants more vulnerable to late-season frosts. They emerge from dormancy and begin preparing for warm weather, and then they can't survive a surprise cold spell.

Finally, even if the winter season is warmer and spring comes sooner, climate change doesn't affect how far the Earth is from the Sun. The planet still won't have high enough light levels for some plants to perform effective photosynthesis during those abnormally warm days.

Not All Bad. But Mostly.

That being said, the link between warmer temperatures, CO2, and plant productivity isn't imaginary. Previous studies suggest that elevated CO2 levels combined with higher temperatures have contributed to global "greening" and do lengthen the growing season. Yet the downsides of those effects may outweigh their benefits.

Indeed, when researchers blended historical trends with future climate models, they found a greater than 90 percent chance that temperatures during growing seasons in the tropics and subtropics will be higher by the end of the 21st century than the most extreme temperatures from the previous century.

The planet is also experiencing more frequent wildfires due to climate change, which can destroy agricultural fields. There's also evidence that even if more CO2 boosts plant productivity, it could simultaneously make our food less nutritious.

All of these apparent contradictions on how climate change affects food production have given scientists plenty to study.

"It's still a major scientific research area to figure out when and where the CO2 effects versus the climate change effects will dominate," William Anderegg, a University of Utah expert on forests and climate change, told Scientific American.

Still, the scientific community is in general agreement on one thing, according to Anderegg: "[O]n the whole, I think there's a general understanding that the impacts of climate change are materializing sooner and are more severe than they were a decade or two ago." He emphasized that scientists are working to figure out how the planet's many inputs fit together and prepare the green world for its future.

Read This Next
Sun Shield
Scientists Increasingly Calling to Dim the Sun
Coastal Chaos
The Doomsday Glacier Is Hanging on "By Its Fingernails," Scientists Say
Dry Dock
The Top 13 Wildest Objects That Terrible Droughts Have Revealed
Apocalypse Now
Horrific Simulation: Nuclear War Would Kill Five Billion People
Harambe 2.0
Freya the Boat-Climbing Walrus Euthanized Because of Stupid Humans
More on Earth & Energy
Going Hydrogen
Dec 2 on the byte
Airbus to Strap Hydrogen Fuel Cell Engine to Massive Superjumbo Jet
Wolfenstein
Dec 1 on the byte
A Brain Parasite Is Making Wolves Into Pack Leaders, Scientists Say
LED Down the Wron...
Dec 1 on the byte
Defective LED Streetlights Are Turning the Night Purple
READ MORE STORIES ABOUT / Earth & Energy
Keep up.
Subscribe to our daily newsletter to keep in touch with the subjects shaping our future.
+Social+Newsletter
TopicsAbout UsContact Us
Copyright ©, Camden Media Inc All Rights Reserved. See our User Agreement, Privacy Policy and Data Use Policy. The material on this site may not be reproduced, distributed, transmitted, cached or otherwise used, except with prior written permission of Futurism. Articles may contain affiliate links which enable us to share in the revenue of any purchases made.
Fonts by Typekit and Monotype.