The Scientist Who Gene-Edited Babies Is Missing

Is He being detained in China? 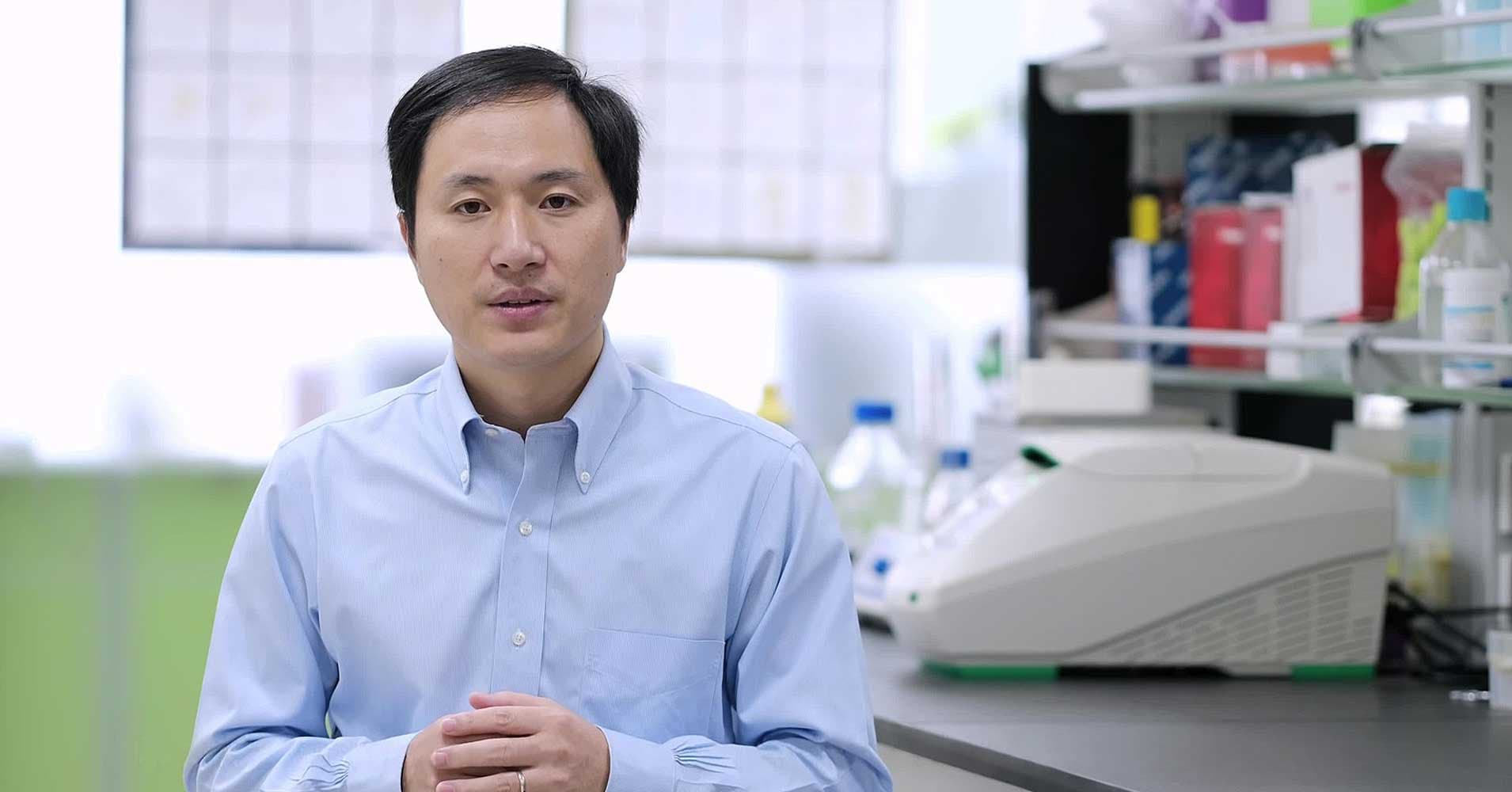 Image by He Lab

Just five days ago, it seemed like every pair of eyes in the world was fixed on He Jiankui, the researcher behind the controversial gene-editing of a pair of twin babies in China.

On Wednesday, He took the stage at the Human Genome Editing Summit at the University of Hong Kong to present his research, the broad strokes of which had leaked to the press a few days prior. Significant backlash from the scientific community followed, and the Chinese government itself soon banned He from continuing his research.

Now, no one seems to know where He is.

Over the weekend, rumors circulated that the president of the Southern University of Science and Technology (SUSTC), He's former employer, forced the scientist to return to Shenzhen, China, where the university was now detaining him.

On Monday, the South China Morning Post (SCMP) published a statement from SUSTC that fell short of wholly refuting the rumor.

"Right now nobody’s information is accurate, only the official channels are," a spokesperson told SCMP. "We cannot answer any questions regarding the matter right now, but if we have any information, we will update it through our official channels."

He will probably turn up eventually, at which point he'll likely need to submit to an investigation from China's Ministry of Science and Technology.

The results of that investigation could shape the future of human gene editing — if China punishes He severely for his actions, it could deter other scientists from pursuing the "ask forgiveness, not permission" route with their own research. Leniency could have the opposite effect.

Regardless of how that investigation plays out, though, He has pushed humanity across a line that it can never uncross. We now live in a world in which the first people with CRISPR-modified genes have been born. Will they be the first and last? Or simply the first?

More on He Jiankui: Researcher Who Gene-Edited Babies Answers Critics: “I Feel Proud”

Read This Next
Great Apes
Could We Gene Hack Ourselves to Be Blissed Out Sex Maniacs, Like Our Distant Cousins the Bonobos?
Human Evolution
"Mad Scientist" Mom Turns Autistic Son Into a "Cyborg"
Sounds Controversial
Five Couples Agree to CRISPR Their Babies to Avoid Deafness
Pointless Procedure
CRISPR Baby Experiment Meant to Prevent HIV Might Not Even Work
Gene Editing Ban
Experts Call for Temporary World Ban on Gene-Hacked Children
More on Enhanced Humans
Butcher Shop
Tuesday on futurism
Neuralink Employees Admit Company Has Killed 1,500 Animals So Far
Skull Candy
Oct 24 on the byte
A Guy Lost His Eye and Put a Bright Light Into the Socket
So Sue Me
Sep 28 on futurism
Battle Erupts Over Alleged Grisly Photos of Brain-Hacked Neuralink Monkeys
READ MORE STORIES ABOUT / Enhanced Humans
Keep up.
Subscribe to our daily newsletter to keep in touch with the subjects shaping our future.
+Social+Newsletter
TopicsAbout UsContact Us
Copyright ©, Camden Media Inc All Rights Reserved. See our User Agreement, Privacy Policy and Data Use Policy. The material on this site may not be reproduced, distributed, transmitted, cached or otherwise used, except with prior written permission of Futurism. Articles may contain affiliate links which enable us to share in the revenue of any purchases made.
Fonts by Typekit and Monotype.