"To keep things in perspective, Putin has essentially brought Europe back to 1941." 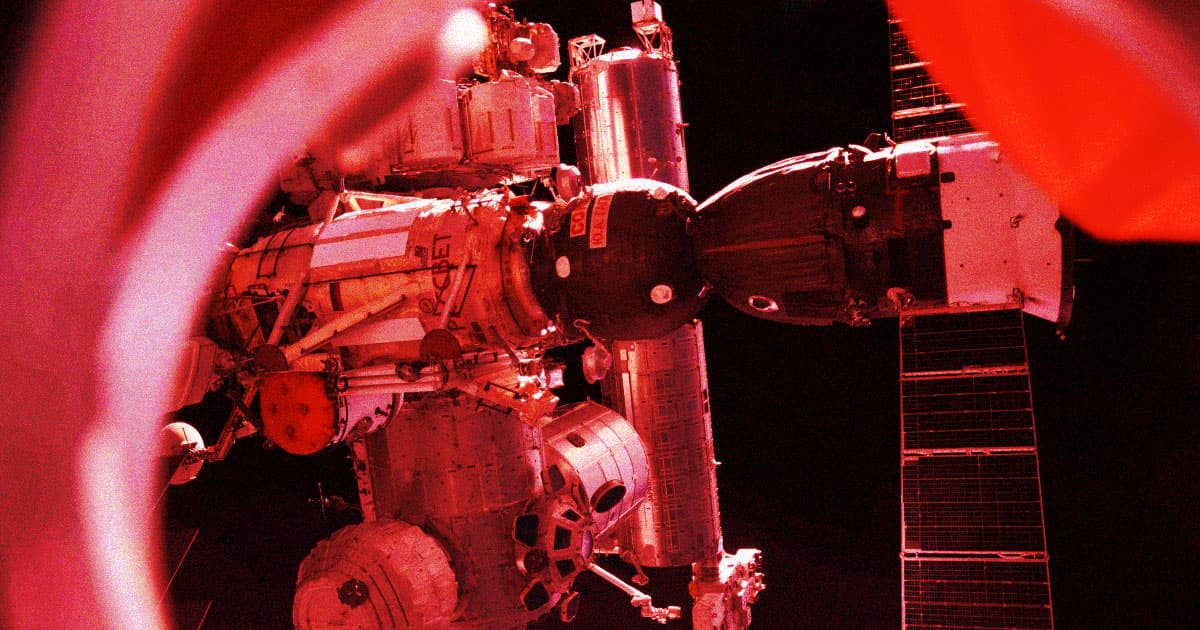 Former NASA astronaut and US Air Force test pilot Terry Virts has had enough of Russia's provocations, especially when it comes to its cooperation with the US on board the International Space Station.

In a scathing opinion piece for The Hill, Virts didn't hold back, arguing that the US "should begin the process of disengaging Russia from the ISS partnership," while also limiting "cooperation on the ISS to the absolute minimum required for the safe operation of the ISS."

"We cannot continue business as usual on the ISS while Russia uses it as a propaganda tool to support killing thousands of innocent Ukrainians and causing global economic devastation," Virts writes. "To keep things in perspective, Putin has essentially brought Europe back to 1941."

While Russia's invasion of Ukraine has seemingly had little to no impact on ISS operations, a recent stunt involving cosmonauts holding the flags of two Ukrainian territories only Russia and Syria recognize as independent has turned the typically apolitical space station into a pressure cooker for international tensions.

In a statement last week, NASA decried Russia for abusing its access to the ISS to spread anti-Ukraine propaganda, declaring that it "strongly rebukes using the International Space Station for political purposes to support [the] war against Ukraine, which is fundamentally inconsistent with the station's primary function among the 15 international participating countries to advance science and develop technology for peaceful purposes."

Virts called the shocking stunt a "blatant symbol of the occupation of eastern Ukraine — and an apparent declaration of support for the war" which undermines the value Russia brings to the table on the ISS.

"The ISS is supposed to be a symbol of peace and unity, but Russia has chosen to use it as a propaganda tool for aggression," the former astronaut argued.

As a result, Virts argues, the US should start shutting itself off from Russia in orbit immediately, which for the record would be an extraordinary technical challenge. For one, NASA would need to build "its own new control module within a year, eliminating our dependence on Russian thrusters."

"I truly hope that we will someday return to cooperation in a post-Putin Russia, but for now," Virts writes "NASA and other partner nations must make the tough decision to begin the process of disengagement."

READ MORE: We must disengage Russia from the International Space Station partnership [The Hill]

Read This Next
Don't let the door hit you
Elon Musk Lobs Casual Space Station Burn at Moscow
Sad ROSS
Russia's New Space Station Gets Sadder the More We Hear About It
Buh Bye
Russia Says It's Definitely Quitting the ISS But Doesn't Say When Exactly
Pay Up
NASA Seeks Funding to Send Scientists to Space Station
Don't Let the Door Hit You
Russian Space Chief Leaving Post, May Be Headed to War Zone
More on Off World
Space Grow
Yesterday on the byte
Plans Announced for Full Greenhouse on International Space Station
Not Good
Monday on the byte
Mars Astronauts Would Get Horrifying Dose of Radiation, Study Finds
Under the Sea
Aug 13 on the byte
Harvard Professor Trying to Recover Alleged Alien Tech From Ocean
READ MORE STORIES ABOUT / Off World
Keep up.
Subscribe to our daily newsletter to keep in touch with the subjects shaping our future.
+Social+Newsletter
TopicsAbout UsContact Us
Copyright ©, Camden Media Inc All Rights Reserved. See our User Agreement, Privacy Policy and Data Use Policy. The material on this site may not be reproduced, distributed, transmitted, cached or otherwise used, except with prior written permission of Futurism. Fonts by Typekit and Monotype.