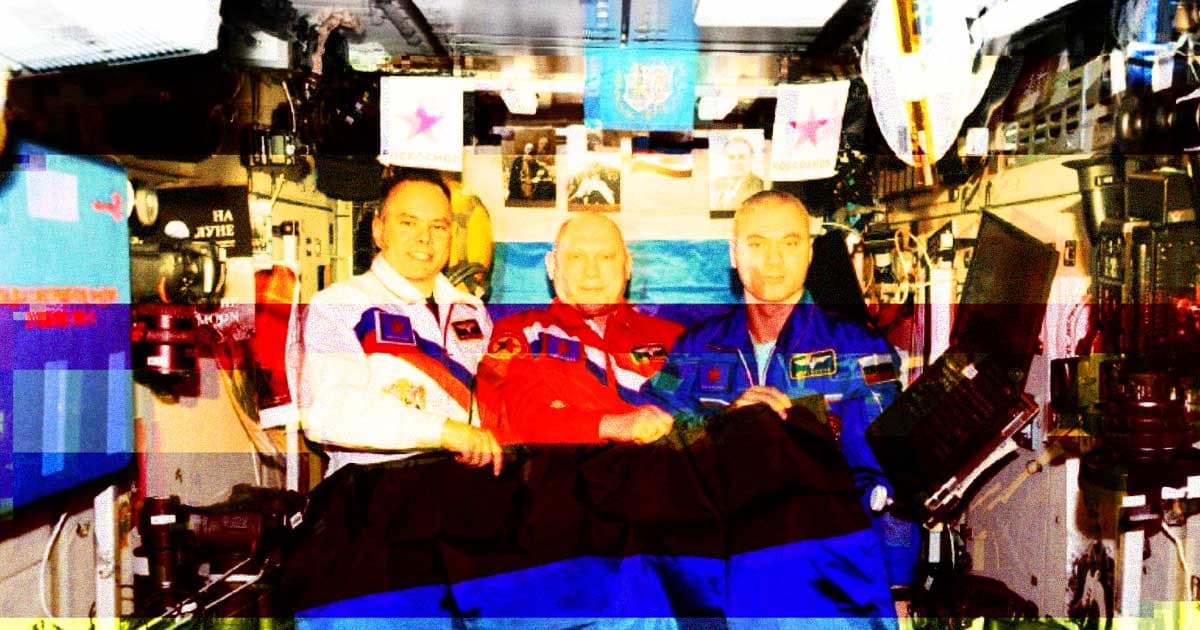 Decades of peaceful cooperation are on the line.

Decades of peaceful cooperation are on the line.

NASA has officially decried Russia for spreading anti-Ukraine propaganda on board the ISS earlier this week.

On Monday, the Russian space agency took to Telegram to post images of ISS cosmonauts holding the flags of the Luhansk People's Republic and the Donetsk People's Republic — two separatist regions in Eastern Ukraine that only Russia and Syria recognize as independent territories — claiming that the Russian capture of the territories was a "liberation day to celebrate both on Earth and in space."

While NASA administrator Bill Nelson was quick to respond, claiming that there was no need for the US to further escalate the situation, the agency has seemingly had a change of heart since then.

NASA decided to condemn the act in a fiery Thursday statement, declaring that it "strongly rebukes using the International Space Station for political purposes to support [the] war against Ukraine, which is fundamentally inconsistent with the station's primary function among the 15 international participating countries to advance science and develop technology for peaceful purposes."

End of an Era?

Until this week, the off-world relationship between the two countries had remained civil overall, in spite of the war currently waging on Ukrainian soil.

Earlier this year, NASA associate administrator for space operation Kathy Leuders said that the space agencies and their respective spacefarers were "still working together," as quoted by The Washington Post. "Obviously, we understand the global situation and where it is, but as a joint team, these teams are operating together."

The astronauts and cosmonauts themselves have gone to great lengths to debunk claims of any Ukraine-related ill will amongst one another.

"About my relationship with my Russian crewmates," NASA astronaut Mark Vande Hei, told the press back in April after returning to Earth by way of Russian spacecraft. "They were, are and will continue to be very dear friends of mine."

Honestly, this whole situation is pretty heartbreaking. The ISS has served as a powerful symbol of peace and cooperation for decades. Politicizing the orbital outpost during a divisive, violent war serves as a highly unfortunate departure from its intended purposes.