Musk would rather "stay out of politics." 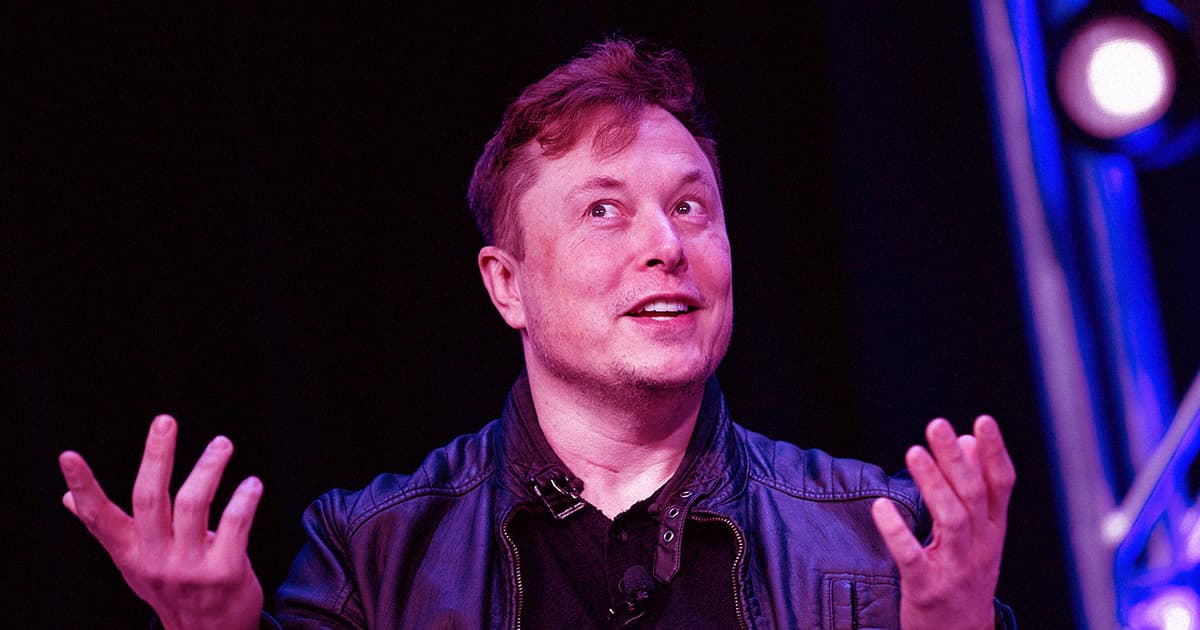 The law amounts to a de facto ban on abortion in the state, and has been condemned by many as an egregious overreach, a contradiction of legal precedent, and an active assault on personal freedoms.

But the topic of women's reproductive rights seems to be of little concern to Musk.

"In general, I believe government should rarely impose its will upon the people, and, when doing so, should aspire to maximize their cumulative happiness," he wrote in a reply to the CNBC interview. "That said, I would prefer to stay out of politics."

It's hard to get a read on Musk's terse statement. Is the billionaire arguing that reversing Abbott's abortion ban would result in the maximizing of "cumulative happiness?" Is he trying to maintain his cozy relationship with Texas' political leadership?

Maybe the most likely interpretation is the most obvious: that his tweet was carefully worded to say almost nothing at all.

Rather than wade in to the debate, Musk is choosing to stick his head in the sand. The least he could've done is to decry the move as an overreach of government, something he's been complaining about nonstop, especially since moving to Texas last year.

After all, he's a guy who's voiced loud opinions about the threat of artificial intelligence running amok, the irrelevance of personal wealth — and even the "Free Britney" movement earlier this year, throwing his support behind the musician's right to make her own life choices.

But when it comes to social policies, Musk has rarely said much. His view that the government's regulations and bureaucracy hinder freedom seem to not apply.

Or maybe he only opposes government intervention when it's inconvenient to his own business interests.

In 2020, Musk opposed lockdown measures imposed to ensure the safety of American workers during an unprecedented pandemic. But this year, when a woman's right to choose is under threat, Musk is keeping his mouth shut.

Effective family planning resources are also just good policy. Access to legal and safe abortion is key to ensuring the reproductive health of a population. And Musk, as a numbers-driven leader, almost certainly knows that.

It's a striking double standard coming from a man who wants to make humanity interplanetary. Would Musk support an abortion ban in his city on Mars, where carrying out an unwanted pregnancy could endanger a carefully balanced artificial ecosystem?

Maybe Musk has just given up on humanity back on Earth. His unwillingness to speak out certainly seem to suggest that.

Read This Next
I Silence Thee
Leaked Messages Seem to Show Elon Musk Using Twitter to Punish His Enemies
Enemy Mine
Elon Musk Now Denies That His Family's Emerald Mine Existed, In Spite of Previously Bragging About It
Bot Rush
An Overwhelming Number of Porn Bot Accounts "Drowned Out" Chinese Protest Content on Twitter
Hardcore Mode
Even Twitter's Intern Just Resigned in Disappointment
This is Exhausting
Elon Musk Seems to Be Trying to Weasel Out of Vote to Resign
More on Future Society
Primate Theft
Yesterday on the byte
It Was a Very Bad Weekend for Monkeys Being Stolen From Zoos, Apparently
Ring The Alarm
Yesterday on the byte
Whistleblower Claims Facebook Can Secretly Drain Your Phone's Battery on Purpose
Gas Giant
Jan 27 on the byte
Journalist Eats Lab-Grown Chicken, Gets "Weirdly Gassy"
READ MORE STORIES ABOUT / Future Society
Keep up.
Subscribe to our daily newsletter to keep in touch with the subjects shaping our future.
+Social+Newsletter
TopicsAbout UsContact Us
Copyright ©, Camden Media Inc All Rights Reserved. See our User Agreement, Privacy Policy and Data Use Policy. The material on this site may not be reproduced, distributed, transmitted, cached or otherwise used, except with prior written permission of Futurism. Articles may contain affiliate links which enable us to share in the revenue of any purchases made.
Fonts by Typekit and Monotype.