He's really outdone himself with this one. 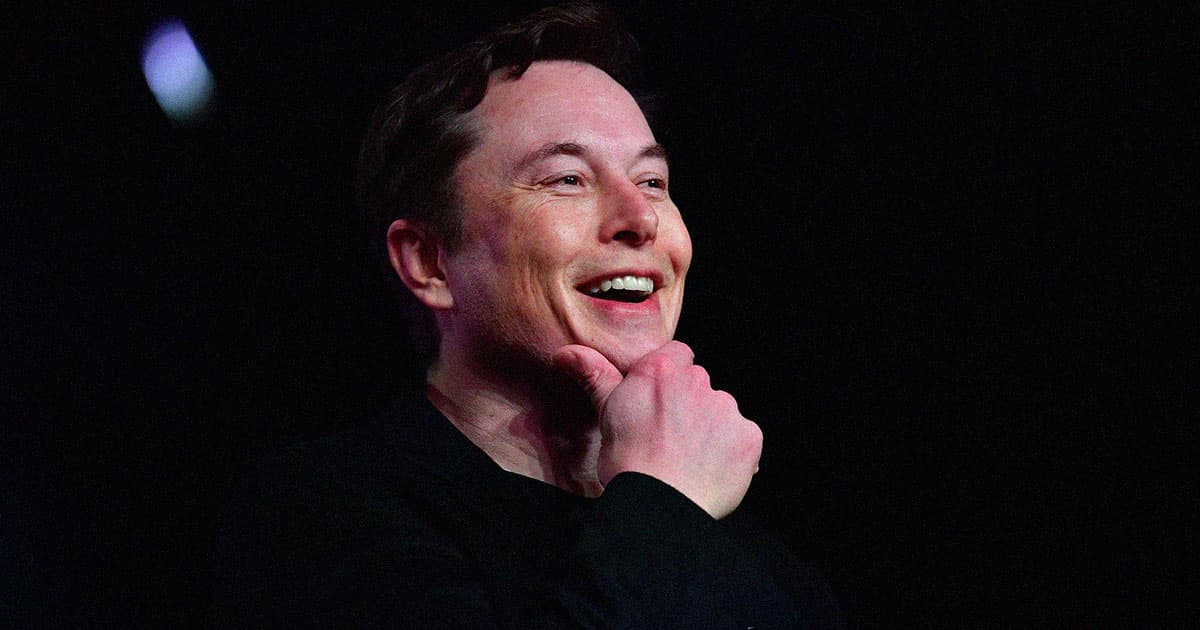 Professional troll  — and possibly the proud new owner of Twitter — Elon Musk has really outdone himself with the latest meme he chose to blast out to his 80 million followers.

The stick figure-laden image he shared on Thursday isn't only completely void of humor, but the point it's trying to make is demonstrably false in countless ways.

Did we mention it's stolen from the bottom shelf meme repository iFunny? It certainly wouldn't be the first meme he's stolen.

Anyway, this latest work of political theory suggests that the left has drifted way further to the political left since 2008, while the conservative right has remained politically unchanged, which causes the "me" stick figure, which presumably represents Musk, seeming to be further right, relatively speaking.

It's not a stretch to assume that Musk believes he's politically centrist — or at least being pushed right of center by an increasingly radicalized left — especially given his latest barrage of dubious facts and insults spread on the platform.

But not only does the meme fail to make any meaningful contribution to the conversation around political extremism in the US, but it makes ridiculous assumptions.

For one, the idea that the right has remained the same on the political spectrum since 2008 is laughable, given Trump's presidency, the January 6 insurrection, and the overall rise of right wing extremism and fascism — not to mention a barrage of out-of-touch conspiracy theories flooding social media networks.

What's far more likely is that both ends of the spectrum have become increasingly ideologically divided since 2008. Some research even suggests that the effect is the opposite of what Musk implied with his stolen meme, with Republicans become much more conservative over time.

The meme was predictably met with ridicule on Twitter.

"The insurrection happened less than 16 months ago," The Daily Beast editor Neel Patel tweeted in response to the meme. "Every day I learn a new way to lose my mind."

"I was alive in 2008," NBC senior reporter Ben Collins offered. "I must have just forgotten about the John McCain stans who stormed the Capitol after he lost because they were convinced he was finally going to arrest all of the lawmakers who were drinking baby blood under the pizza shop."

We seem to be seeing a new, midlife-crisis inflected Musk, whose intentions appear to to be pissing off as many people as he can, a task he's puzzlingly equated with "free speech."

"For Twitter to deserve public trust, it must be politically neutral," he tweeted on Wednesday, "which effectively means upsetting the far right and the far left equally."

Musk has also lashed out at Twitter executives this week, causing them to receive a wave of targeted harassment and threats.

What his actual end game may be, however, is as murky as ever. Some, like journalist and podcast host Kara Swisher, believe he's trying to "goad people [at Twitter] into leaving."

"He’d rather they quit, than pay them out," she argued.

Does Musk actually buy ideas as thin as those in this meme? As we've pointed out countless times before, maybe we're already reading far too much into it. Musk's posts often represent kneejerk reactionary commentary meant to stoke the fire rather than add anything substantive to the conversation.

After all, it's one of the few things that appear to bring him joy. But the people at Twitter certainly aren't laughing.