"Not your keys, not your crypto." 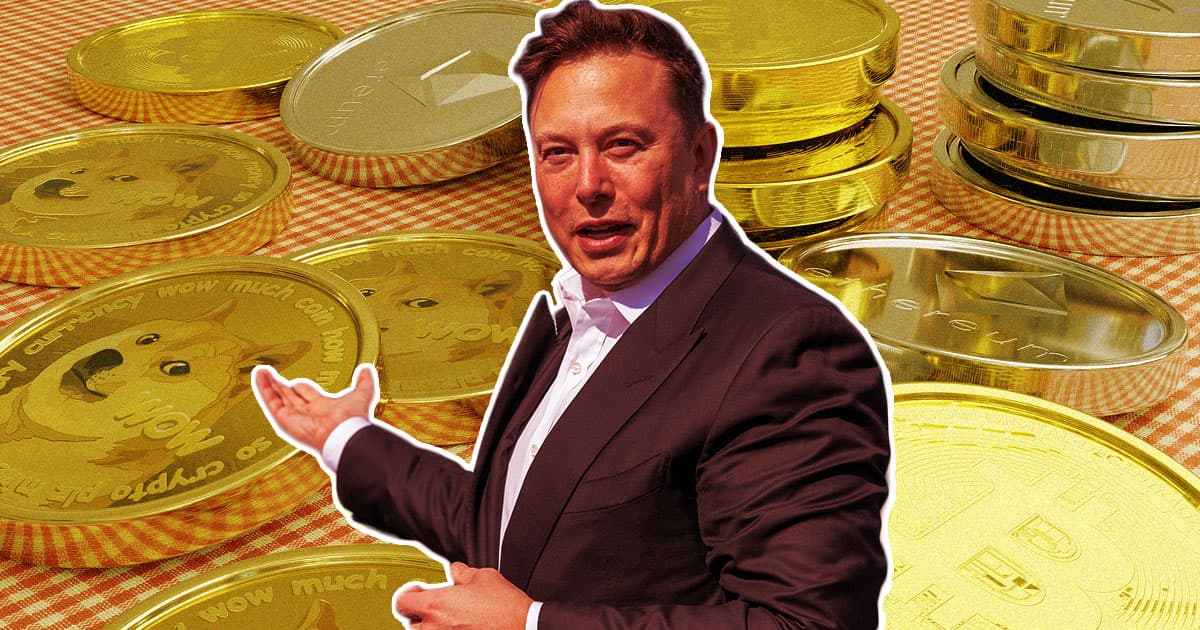 On Twitter, someone mused about breaking the ecosystem's "dependence on CEXs like [B]inance and [R]obinhood," prompting another to quip "not your keys, not your crypto."

Then Musk chimed in, tweeting "exactly" in reply.

In simple terms, a cryptocurrency wallet contains both public and private cryptographic keys. As their names suggest, one type is known to others, while the other is not. Only the private key is able to unlock your funds.

When buying cryptocurrencies through an exchange like Binance or Robinhood, customers aren't actually in possession of these keys, let alone a cryptographic wallet.

In other words, exchanges may make the process of buying, owning, and trading cryptocurrencies easier — perhaps the biggest reason for their continued success — but they don't issue real credentials to customers.

Their approaches to wallets differs greatly. While Coinbase hosts crypto wallets online, others like Robinhood don't support cryptocurrency wallets at all, and make exchanges on the marketplace on behalf of customers.

What the large majority of them however have in common is that they keep the security of your crypto entirely in their hands.

As it turns out, that can be a very bad thing. Multiple exchanges have been embroiled in massive scandals. For instance, Binance is facing investigation by the Justice Department and the Internal Revenue Service for alleged money laundering and tax dodging.

On numerous occasions the exchange went dark, leaving customers scrambling to cash in on "meme stocks."

When Robinhood went public in July, the first crypto brokerage to do so, the company suffered one of the worst IPOs in US history.

If cryptocurrency exchanges' massive profits are anything to go by, customers are very much willing to put their trust in them. But the approach comes with plenty of downsides as well, especially considering the massive regulatory vacuum they operate within.

And it sounds like Musk feels the same way.