Cyborg Bacteria Could Be the Key to Commercially Viable Artificial Photosynthesis

A natural process has been given a synthetic upgrade. 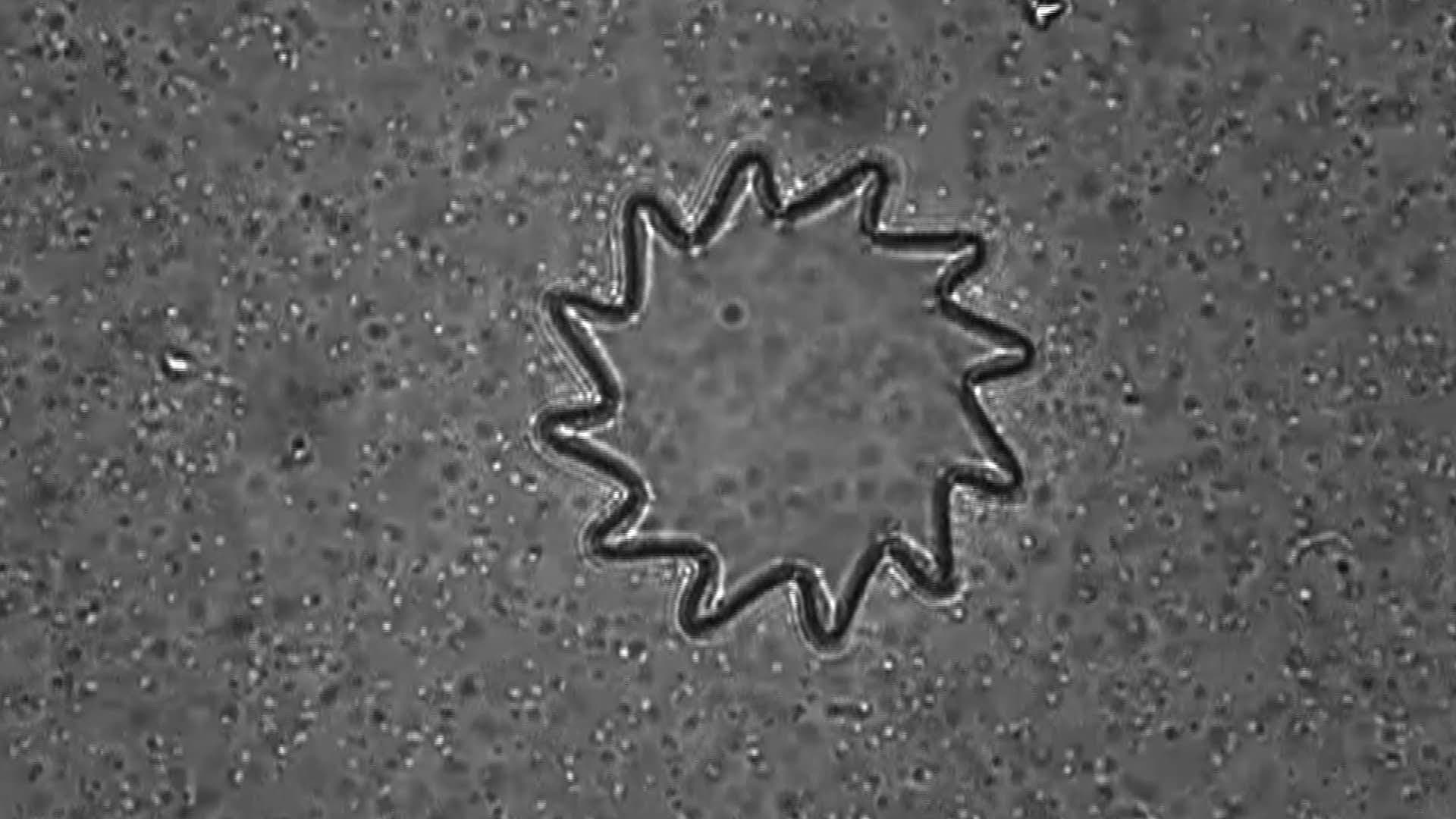 Although most life on Earth relies upon photosynthesis as its source of energy, the process has a weak link: chlorophyll. Plants and other organisms use the green pigment to harvest sunlight during photosynthesis, but it is rather inefficient. To that end, scientists have been searching for ways to upgrade natural photosynthesis so humans would be able to capture and use energy from the Sun more efficiently.

Now, Kelsey K. Sakimoto, a researcher at Peidong Yang's lab at the University of California, Berkeley, has come up with a new alternative to natural photosynthesis: cyborg bacteria that were trained to cover themselves in solar panels that are much more efficient than chlorophyll at converting sunlight into useful compounds.

“Rather than rely on inefficient chlorophyll to harvest sunlight, I've taught bacteria how to grow and cover their bodies with tiny semiconductor nanocrystals,” Sakimoto said in a press release. “These nanocrystals are much more efficient than chlorophyll and can be grown at a fraction of the cost of manufactured solar panels.”

To produce his cyborg bacteria, Sakimoto fed them the amino acid cysteine and the element cadmium. The bacteria then synthesized cadmium sulfide (CdS) nanoparticles, which efficiently absorb light, functioning as solar panels on the bacteria's surfaces. The new hybrid organism, called M. thermoacetica-CdS, produces useful acetic acid from light energy, water, and CO2 at a rate that outperforms any sources of natural photosynthesis.

Today, Sakimoto is presenting his work at the 254th National Meeting and Exposition of the American Chemical Society (ACS).

Humanity is facing an ever-growing need for alternatives to fossil fuels as we face down the consequences of greenhouse gas emissions and a rapidly increasing population that requires energy to sustain.

Artificial photosynthesis is not a new concept, and a system that requires only sunlight and simple organic chemicals to generate renewable energy cheaply and cleanly is understandably highly desirable.

While some limited progress has been made in this area, until now, no proposed solution has been nearly efficient enough to warrant commercial use.

Sakiomoto's bacteria, however, operate at an efficiency of more than 80 percent and are both self-replicating and self-regenerating, making this a zero-waste technology with multiple uses. "Once covered with these tiny solar panels, the bacteria can synthesize food, fuels, and plastics, all using solar energy," he explained. "These bacteria outperform natural photosynthesis."

While he does acknowledge that more research is needed, Sakiomoto is hopefully that his cyborg bacteria could prove to be a viable alternative to fossil fuels, helping the world produce energy more cheaply and cleanly.

Read This Next
Brands We Love
Microbes Are Making Merry on Your Mattress. But These Bed Sheets Can Put a Stop to It.
Brands We Love
There's a Biohazard in Your Bedroom. But These Bacteria-Resistant Bed Sheets Can Help.
Say Aaaaaahhh
Nasty Images Show How Bacteria Colonize Your Tongue
Brands We Love
Your Bed Sheets Are Brimming With Bacteria. But This Specially Designed Bedding Can Help.
Brands We Love
When It Comes To Gut Health, Trust Science, Not Gimmicks
More on Hard Science
Total Drama Island
Wednesday on the byte
Journal Retracts Study on Room Temperature Superconductors
Tell Us How You R...
Tuesday on the byte
Former Particle Physicist Absolutely Annihilates the Field of Particle Physics
Long Live
Sep 25 on futurism
Giving Baby Mice This Drug Makes Them Live 10 Percent Longer
READ MORE STORIES ABOUT / Hard Science
Keep up.
Subscribe to our daily newsletter to keep in touch with the subjects shaping our future.
+Social+Newsletter
TopicsAbout UsContact Us
Copyright ©, Camden Media Inc All Rights Reserved. See our User Agreement, Privacy Policy and Data Use Policy. The material on this site may not be reproduced, distributed, transmitted, cached or otherwise used, except with prior written permission of Futurism. Articles may contain affiliate links which enable us to share in the revenue of any purchases made.
Fonts by Typekit and Monotype.