We have a new way of creating solar fuel. 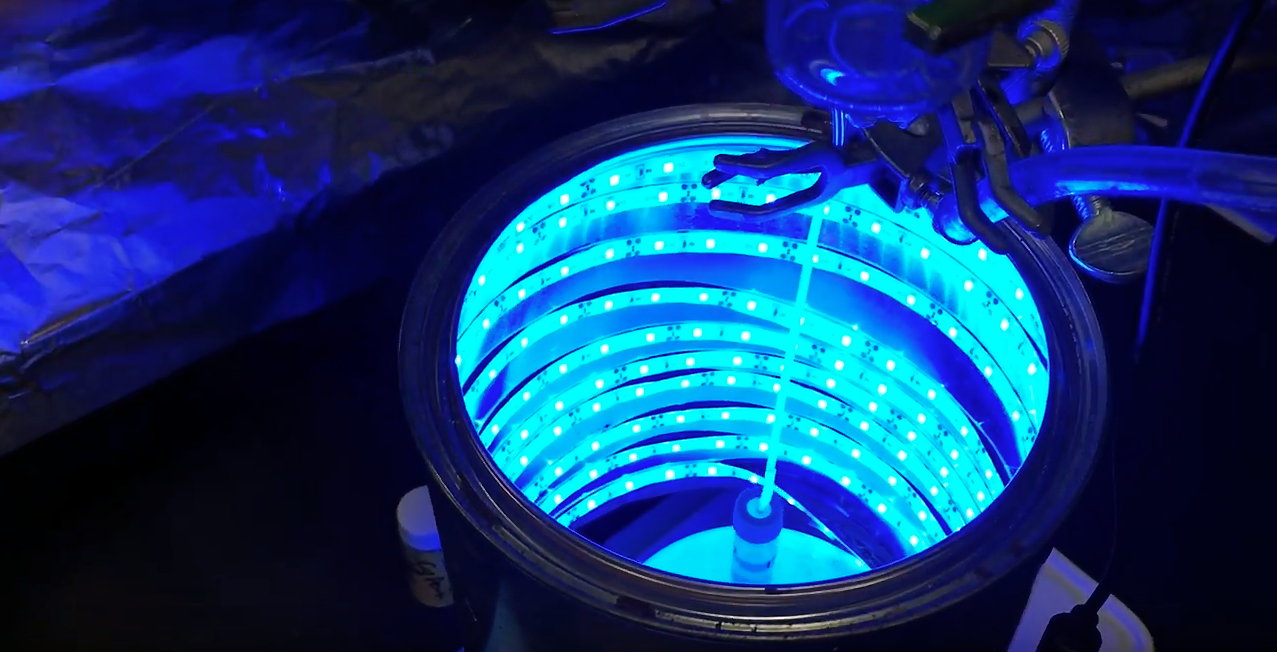 Scientists around the world have been trying to trigger photosynthesis — the natural process by which a plant converts carbon dioxide into fuel using sunlight — in a synthetic material in a way that could have practical uses, but with limited success. Now, scientists have announced a breakthrough in the field that revolutionizes the power industry.

Researchers had always hit a wall when looking for a way to trigger the necessary chemical transformation using visible light. The materials they found that could absorb those wavelengths of light were either rare or expensive, making the process financially impractical to pursue. Cheaper materials worked with ultraviolet rays, but those account for only four percent of sunlight.

In their research recently published in the Journal of Materials Chemistry A, University of Central Florida's (UCF) Fernando Uribe-Romo and his team reveal how they got around this using a type of synthetic material called a metal-organic framework (MOF). It was created by combining the common metal titanium with organic molecules that were programmed to absorb blue light.

When they tested the MOF within a blue LED photoreactor — a cylinder lined with strips of blue LED lights — the hoped-for chemical reaction occurred. The air was cleaned and the CO2 was converted into two types of solar fuel: formate and formamides.

"This work is a breakthrough," said Uribe-Romo in a UCF news release. "Tailoring materials that will absorb a specific color of light is very difficult from the scientific point of view, but from the societal point of view we are contributing to the development of a technology that can help reduce greenhouse gases."

Plant Power for the People

The Earth is rapidly heading toward the worst CO2 levels it's seen in more than 200 million years. In fact, in just the 150 years since the Industrial Revolution, the planet's atmospheric concentrations of greenhouse gases have increased from 280 ppm to nearly 405 ppm. If the current trend continues, we could hit 2,000 ppm by 2250.

Plants are our allies in the pursuit of clean air as they naturally convert CO2 into oxygen. Being able to recreate their natural process on a large, more directed scale could prove invaluable in the fight against climate change.

“The idea would be to set up stations that capture large amounts of CO2, like next to a power plant," explains Uribe-Romo in the press release. "The gas would be sucked into the station, go through the process and recycle the greenhouse gases while producing energy that would be put back into the power plant.”

That ability to not only eliminate pollutants in the air but also produce clean energy opens up additional potential uses for the new material. Perhaps it could be used to power cars while also cleaning the air along freeways, or in solar roofs that keep the lights on inside and the air outside free of CO2. Once the seemingly impossible has been accomplished, everything else sounds pretty simple.

Read This Next
Dam Straight
China Says It's 3D Printing a 590-Foot Hydroelectric Dam With Zero Human Labor
Fusion Update
Chinese Scientists Say They've Discovered Cheap New Way to Do Nuclear Fusion
Brands We Love
Adding Solar Power to Your Home Is Complicated. But It Doesn't Have to Be.
Brands We Love
Photosynthesis Is the Strategy Game That Lets You Take Control of a Forest Ecosystem
Brands We Love
On the Fence About Solar Panels? A Free Solar Cost Calculation Can Help.
More on Earth & Energy
Hurricane Party
Yesterday on the byte
We Must Respect This Florida Man Ripping a Bong During an Actual Hurricane
Bridge to Nowhere
Thursday on the byte
Entire Islands Severed From Florida by Hurricane Ian
Planet Conqueror
Thursday on the byte
Space Station Flies Over Hurricane, Shows What It Looks Like From Above
READ MORE STORIES ABOUT / Earth & Energy
Keep up.
Subscribe to our daily newsletter to keep in touch with the subjects shaping our future.
+Social+Newsletter
TopicsAbout UsContact Us
Copyright ©, Camden Media Inc All Rights Reserved. See our User Agreement, Privacy Policy and Data Use Policy. The material on this site may not be reproduced, distributed, transmitted, cached or otherwise used, except with prior written permission of Futurism. Articles may contain affiliate links which enable us to share in the revenue of any purchases made.
Fonts by Typekit and Monotype.