Researchers found "no evidence whatsoever" that fusion is possible at room temperature. 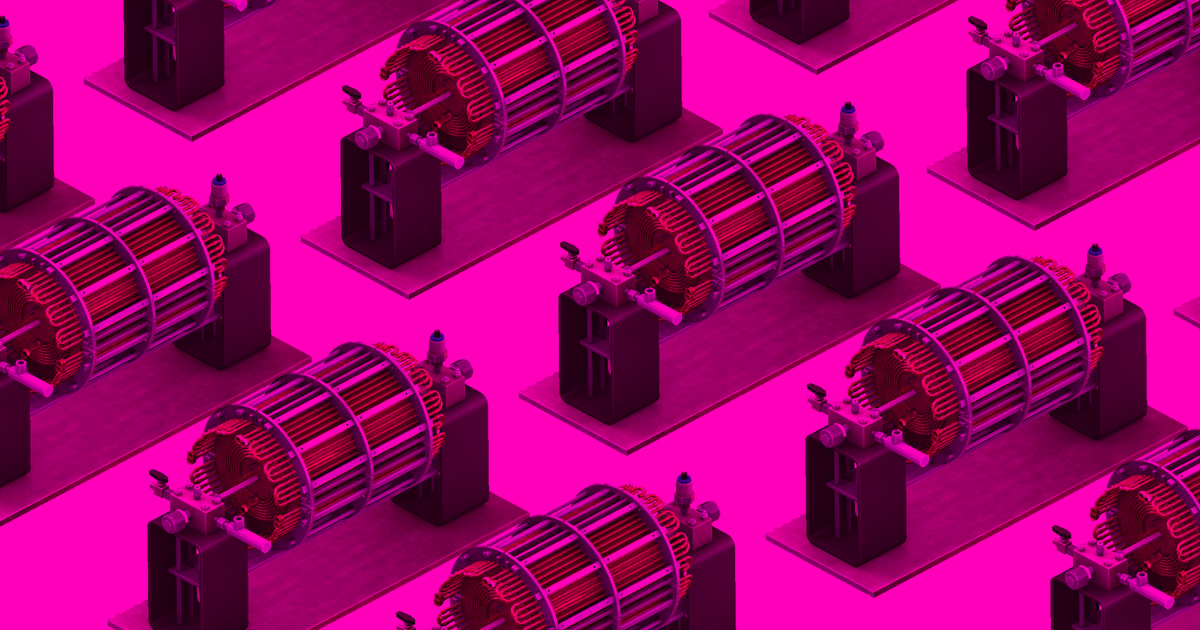 Despite years of research, scientists have yet to realize the dream of usable nuclear fusion — but at least many still believe they'll eventually succeed.

Not so for cold fusion, a hypothetical energy source that would occur at room temperature.

On Monday, Google shared the disheartening results of a multi-year, multi-million dollar research project into the phenomenon in the journal Nature — and, though the project wasn't a total defeat, the new research all but kills the hope that cold fusion could one day power our world.

Nuclear fusion occurs when two atomic nuclei merge into one, an event that produces a tremendous amount of energy. It's the process that powers our Sun and many other stars, and if we could find a way to harness it, fusion could provide us with a near-limitless supply of clean energy.

The problem is that fusion has thus far proven impossible to replicate in a stable way here on Earth without expending more energy than the process produces.

As enticing as nuclear fusion is, cold fusion would be an even bigger boon for researchers, because it would allow us to harness the power of fusion under safer and cheaper conditions. And in 1989, a pair of scientists claimed they'd successfully induced cold fusion, giving hope that the alluring form of energy was within humanity's grasp.

Unfortunately, their research was soon debunked.

Still, the dream of cold fusion lived on. And in 2015, Google decided the phenomenon deserved a rigorous investigation.

To that end, the company awarded $10 million in funding to about 30 researchers in labs across the globe, asking them to revisit three proposed experiments for cold fusion.

Those researchers published a dozen individual papers in the years since, but Monday's Nature piece sums up the findings of Google's investigation into cold fusion: there's "no evidence whatsoever" the phenomenon exists.

That news may be disheartening, but as noted by a Nature Editorial, Google's investment wasn't for naught.

"The project has produced materials, tools and insights — such as calorimeters that operate reliably under extreme conditions, and techniques for producing and characterizing highly hydrided metals — that could benefit other areas of energy and fusion research," the piece reads. "But whether the spin-off benefits alone justify continued efforts and investment in pursuit of a probable pipe dream is another matter. Opinions are split."

More on fusion: Scientists Have a New Idea to Make a Fusion Reactor Practical

Read This Next
Fusion vs Fiction
Gloomy Physicists Say Nuclear Fusion Breakthrough Is Too Late to Save Us
Fusion Force
China Announces Plan for Hybrid Fission-Fusion Power Facility
Dam Straight
China Says It's 3D Printing a 590-Foot Hydroelectric Dam With Zero Human Labor
Fusion Update
Chinese Scientists Say They've Discovered Cheap New Way to Do Nuclear Fusion
It’s Getting Hot In Here
China's "Artificial Sun" Fusion Reactor Just Set a World Record
More on Earth & Energy
Do The Worm
Yesterday on the byte
Scientists Name "Funky Worm" Amphibian After a Weird 70s Funk Song
Cow Chow
Thursday on the byte
Bill Gates Gives $12 Million to Flatulent Australian Cows
Dye in the Water
Thursday on the byte
Scientists Dye Chunks of Ocean Water Pink for Head-Turning Coastal Experiment
READ MORE STORIES ABOUT / Earth & Energy
Keep up.
Subscribe to our daily newsletter to keep in touch with the subjects shaping our future.
+Social+Newsletter
TopicsAbout UsContact Us
Copyright ©, Camden Media Inc All Rights Reserved. See our User Agreement, Privacy Policy and Data Use Policy. The material on this site may not be reproduced, distributed, transmitted, cached or otherwise used, except with prior written permission of Futurism. Articles may contain affiliate links which enable us to share in the revenue of any purchases made.
Fonts by Typekit and Monotype.