What is Elon hiding? 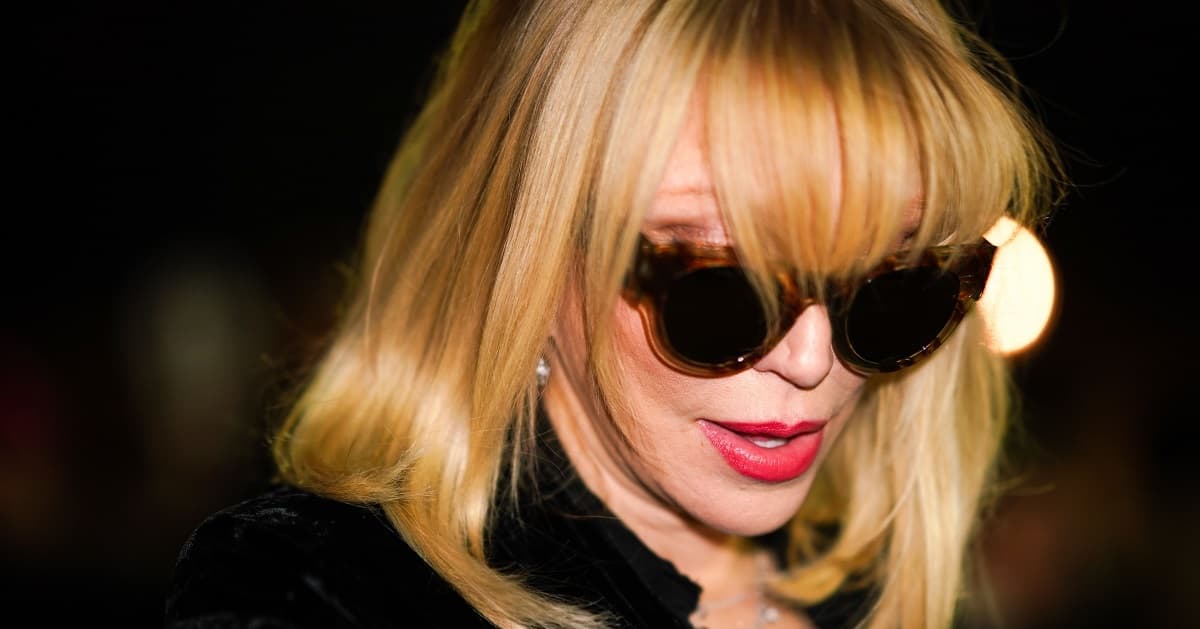 In a celebrity feud that sounds like it hatched from a game of Mad Libs, famed grunge vocalist Courtney Love tweeted out some sort of vague threat this week that features Elon Musk's private emails, Bernie Sanders, and a character from the show "Succession."

You may remember that back in November, Elon Musk took a below-the-belt shot at Senator Bernie Sanders.

"I keep forgetting that you're still alive," he told the 80-year-old lawmaker, in response to a tweet calling for the wealthy to pay more taxes.

That's a pretty pretty hateful thing to say to a man who, according to The Hill, is currently trying to help Alzheimer's patients afford treatment — and, it's worth pointing out, it even annoyed Musk fans.

So what in the world does this political beef have to do with Courtney Love? The 57-year old singer and actress, formerly married to late Nirvana lead singer Kurt Cobain, jumped into the fray on Thursday with a tweet that's both ambiguous and colloquial:

"You know your str8, male, PayPal mafia email group?" Love tweeted.  "I was on bcc for MONTHS on that thing. With that information in mind, don’t you think in a 'civilized society' one should embrace paying our fair share of tax? Don’t pick on Bernie. It’s Kendall Roy shit."

Was Love involved in some kind of financial group chat, maybe a decentralized autonomous organization (DAO), with Musk?

At first, she refused to go into further detail, tweeting only that she was a "GOOD queen" and using the hash tag "#justpayyourtaxesbuddy." Reporters descended in the replies, trying to coax the star into talking. Later, she added a bit more boiling water to the tea she was spilling.

"Mostly gross sex stuff, entitled dudes being suck ups/toadies," Love tweeted today. "I was sleeping w someone on it (Thielis not on it. So. Str8) it’s not his fault I got BCC’d.I like Elon the few times we’ve met..."

But then — perhaps after her lawyer saw the exchange — Love deleted that last tweet, along with several others she'd fired off recently.

By the way, Love seemed to be a Musk fan back in 2017, when she exulted over a previous SpaceX launch.

It's worth noting, by the way, that even while Love is calling Musk out for tax evasion, the Daily Mail reported earlier this year that Love herself owed some $375,000 in taxes, according to state records.

Forget who's paying what though. We wish we knew what was in those emails. Was it the kind of "locker room" talk that perpetuates and normalizes assault? And what about that "mafia" bit? Is she trying to say Musk is involved in organized crime?

More on Elon Musk's winning personality: Elon Musk Brags That He is the Best at Humility

Read This Next
Work Culture
Former Tesla Manager Says Workers Will Actually Love Elon Musk's Tyrannical Email
The Saga Continues
SpaceX President Defends Elon Musk Against Sexual Misconduct Claims
Thanks Man!
After Sexual Allegations, Elon Musk Jets Off to Brazil
Wait Wait
Elon Musk Has a Ridiculous Excuse for Why He Suddenly Doesn't Want to Buy Twitter
Musk Gonna Musk
Experts Say That Elon Musk Has No Idea How Math Works
More on Future Society
Hey Elli
Yesterday on the byte
New York State Buys Robots for Lonely Elders
Not-See Stuff
Yesterday on the byte
Googling "Desk Ornament" Returns Images of Nazi Paraphernalia
Angry Zuck
Yesterday on the byte
Angry Zuckerberg Complains About Employees Who "Shouldn't Be Here"
READ MORE STORIES ABOUT / Future Society
Keep up.
Subscribe to our daily newsletter to keep in touch with the subjects shaping our future.
+Social+Newsletter
TopicsAbout UsContact Us
Copyright ©, Camden Media Inc All Rights Reserved. See our User Agreement, Privacy Policy and Data Use Policy. The material on this site may not be reproduced, distributed, transmitted, cached or otherwise used, except with prior written permission of Futurism. Fonts by Typekit and Monotype.