To Our Readers: Why Futurism Isn't Publishing Today 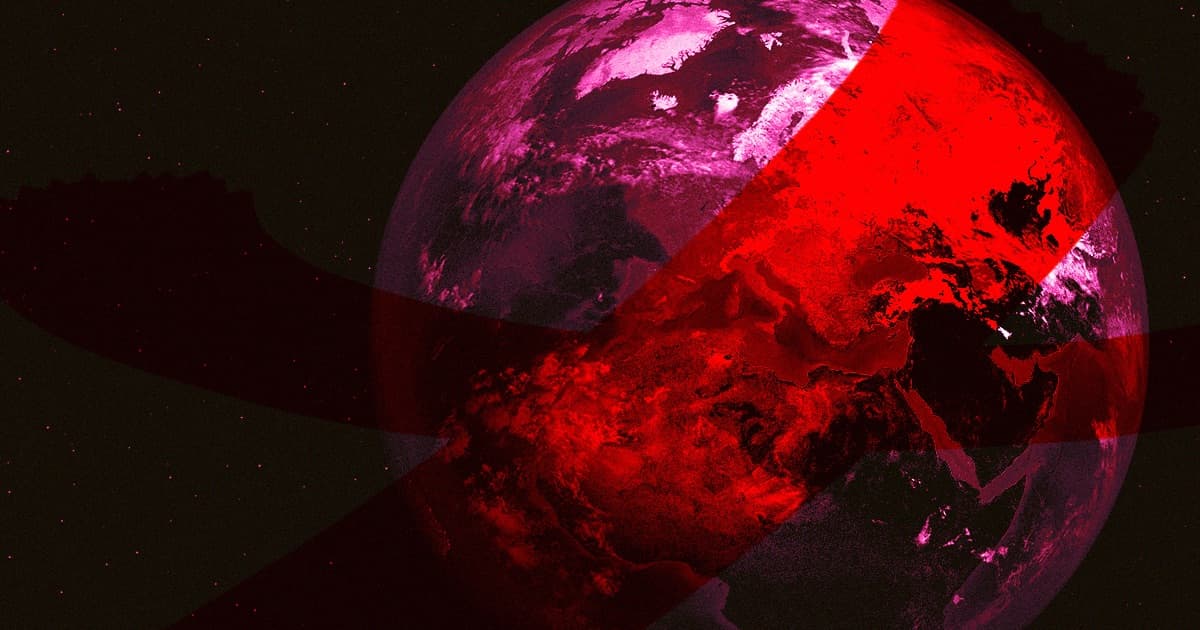 We don't take the time to address you or editorialize often, as we prefer to let our news-gathering and analysis do the talking for us. Clearly, today's a little different. We're gonna talk to you about something important to our team, and then we're not gonna publish for the rest of the day.

[Really, we don't even consider what we're about to tell you to be editorializing all that much. Hopefully, by the time we're done, you won't either.]

When most of us on the team are asked to describe what we do, or what kind of thing we work on, most of us say something like: "We're a site with a distinct focus on emergent technology and groundbreaking science."

Science is the paramount value our team holds. It drives everything we do, here. Before our fascination with cutting-edge, emergent technology; before the latest groundbreaking advances in A.I. or biotech; before the wildest boondoggles cryptocurrency bandits or hackers have on offer, our ultimate fascination remains science. That process by which — through observation, the gathering of hard empirical evidence, and the collating and organization of data —  truth is established.

There's a great Thomas Huxley line, about how science is "nothing but trained and organized common sense." Our value of science is closely related with the same reasons we're journalists: A belief in science is a belief in the truth, above all. And maybe you've noticed, but the word "future" is in our site's name. The tagline that stuck around the most (and there have been many) is: Telling the stories of tomorrow, today.

Which is why we're taking today, the day of the Global Climate Strike, away from our desks. Because if indeed that truth and science are our paramount values, there is no more important story of tomorrow — of our future — than humanity's survival. To care about climate science is to care about yourself, your friends, your family, and the world around you. It's to care about the future of people you know, right now, and people you don't know, for eons to come. To do anything less is a zero sum game. And the science of our future, by the way, is clear:

We need to act now.

The facts are simple: This planet is already well on the losing end of a war. Climate change will affect entire populaces (and most definitely yours); biomes will change if not entirely crumble and reconstitute as deadlier, nastier things.

Entire continents are running out of drinking water.

The Amazon rainforest is burning.

The population will get bigger, as food supplies dwindle.

And geo-engineering ain't gonna help us.

You know how bad things are? "Here's an idea: Cannibalism!"-bad.

And all of those stories are from the last month. Think about it like this: In the last twenty years, we went from most people not owning cell phones, to nearly everyone having a cell phone, with internet access, a great camera, and the ability to lose brain cells to Candy Crush and TikTok in their pockets. That is an extraordinary leap. If you've ever looked at the Kurzweil Curve, you understand just how rapidly change can come about.

Maybe the best scale to illustrate the problems humanity presents to itself — and our delicate planet — is Carl Sagan's "Cosmic Calendar." Sagan mapped out the entire existence of the universe using a 12 month calendar. The Big Boom happened on January 1st at 12:00 AM. Multicellular life on Earth shows up around December 14th.

The end of the last Ice Age starts on December 31st, at 11:59:06, and the years as we measure them currently (from 0 A.D. onward) start at 11:59:56. Which basically means that after eons of existence, we humans — via our industrial and nuclear ages — created the means to destroy ourselves, as the Cosmic Calendar would have it, in less than the blink of an eye.

The point is simply that we're moving at an absurdly fast clip. And whatever you think of climate science, climate science doesn't think about you: It just is. It's there, and true. And the truth it says, in pretty plain and simple language, is basically:

Humans are fucking up this world.

And this world, per Newton's third law, is going to royally fuck up humans.

Don't get us wrong. Here at Futurism, we're a group of many interests. Some of us like fast, six-speed manual, gas guzzling cars. Or fume-spewing international travel. Red meat. Yes: Some of us, dare I admit it, are prone to use of the occasional plastic straw. All the things that are definitely killing this planet — and many of which, don't get us wrong, can make life worth living. But there's not going to be much life to live for much longer on that cosmic calendar if we keep moving at the rate we're moving. You can do without the straw. We can find a better straw.

Seriously. It's a straw.

So why strike? What's to actually be done? After all: We're just a website, you're just a person, and it's bracingly hard to see how any single person or even group of people can make an iota of difference, when forces so overwhelming are acting in such strong opposition to our best ideals on our best days. Our answer isn't easy to stomach, nor fun, but it's as earnest as we can get: Paying attention and minding this issue, and making it a part of every conversation. Every. Day.

And making this conversation a more instinctual part of every thought is — must be — nothing short of an evolutionary feature: Do or die.

We don't know if we, even in the most ideal situations, stand a chance at reversing the damage done. Much of the science would suggest that we don't. But we owe it to ourselves to try. Humans managed to get out of the cave, and seek the sunlight; then the horizon over land, and then, over sea. Give us long enough, and we eventually made it to the cosmos. Our capacity for endeavor knows no limits. We got off this rock, and put our boots on the moon. We've saved people on the brink of death from cancer. We came up with french fries, Angry Birds, trampolines, coffee, and the designated hitter rule. Us humans? We're full of pluck.

And if we so endeavor, this generation can be the one that begins to pull off the greatest trick we were never really supposed to: Our own survival. Yours, your loved ones, your friends. And yeah, sure, unfortunately, also the survival of some of the people you subtweet and the relatives on Facebook you hate but can't unfriend without hearing from your Mom. Package deal. 'Sucks, we know. But it's worth it. And we want to show our solidarity with, well, our fellow humans, those with us in the fight for our survival. Which involves getting out from behind our desks, out of our office, and into the streets with them. We'll make some noise about this. Hopefully, moving as one, this mass of people can reach the ears and eyes of those who weren't hearing or seeing it before. 'Seems like a good start.

That's why, outside of some posts we pre-scheduled, and some social posting on our Twitter and Instagram from the protests here in New York, we won't be publishing today. Because we want to put our money where our mouths are; because we value science above all. And the science says, again and again, that climate change is real. It is our future. And the story of tomorrow, today, is nothing less than the fate of however many more days this planet has left. 'Clock's ticking.

On behalf of the entire team at Futurism Media: We'll be on the streets today, and back in the office on Monday.

Until then, here's to tomorrow, and all the tomorrows to come. There will never, ever be enough of them.

Foster Kamer
Content Director
and the rest of the Futurism Media team.

Read This Next
Unreliable Friends
Archipelagic Nation Sick of Other Countries Breaking Climate Change Promises
The Kids Won't Be Alright
Elon Musk Warns That Humankind Will "End Up in Adult Diapers"
Circle of Life
Hooray! The Great Pacific Garbage Patch Has Become a Thriving Ecosystem, Scientists Say
Life on Earth
Astrobiologists Suggest the Earth Itself May Be an Intelligent Entity
Wake-up Call
The American West's "Megadrought" Is The Worst It's Been in 1,200 Years
More on Earth & Energy
WTF
3:06 PM on the byte
Supreme Court Gives Power Plants Green Light to Pollute As Much As They Want
Dark Places
Jun 26 on the byte
Scientists Invent Way to Grow Plants in Complete Darkness
Real Whopper
Jun 26 on the byte
Scientists Discover Bacterium So Large You Can Hold It in Your Hand
READ MORE STORIES ABOUT / Earth & Energy
Keep up.
Subscribe to our daily newsletter to keep in touch with the subjects shaping our future.
+Social+Newsletter
TopicsAbout UsContact Us
Copyright ©, Camden Media Inc All Rights Reserved. See our User Agreement, Privacy Policy and Data Use Policy. The material on this site may not be reproduced, distributed, transmitted, cached or otherwise used, except with prior written permission of Futurism. Fonts by Typekit and Monotype.