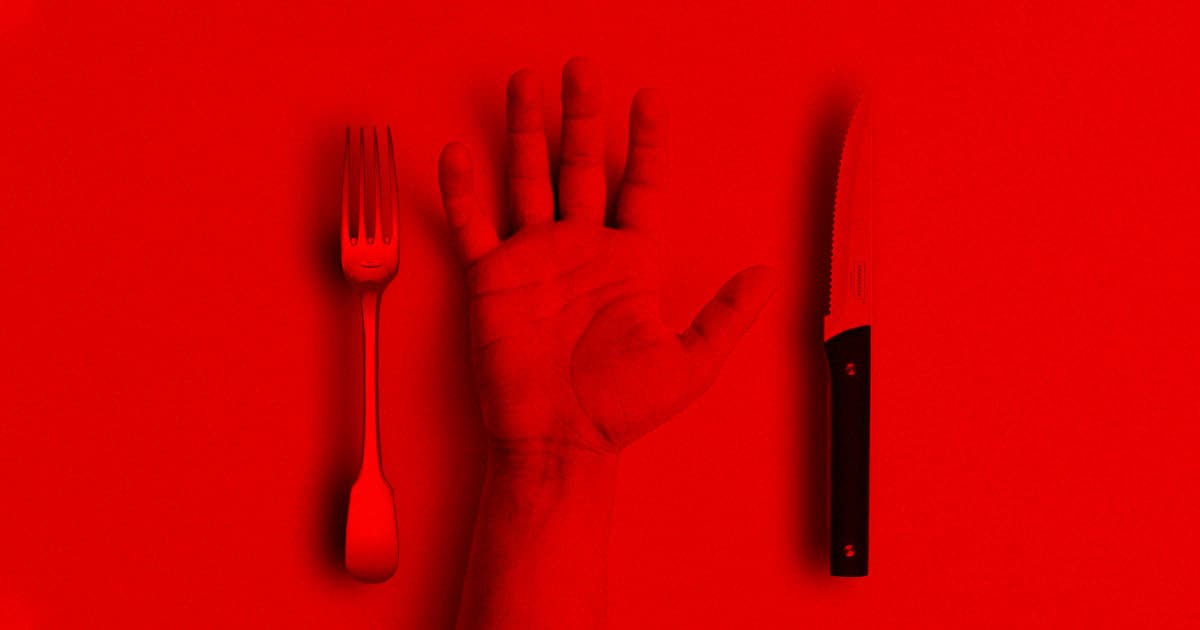 Climate change has the global food supply on the brink of disaster, prompting some experts to suggest humankind start looking for alternatives to traditional sources of sustenance.

Most of the time, they mean things like plant-based proteins or lab-grown meat. Others even propose eating insects. But one Swedish scientist has a suggestion that makes even roaches sound appetizing: cannibalism.

Soderlund noted that climate change is going to force people to try foods they currently wouldn't think of eating, including pets, insects, and — perhaps the most taboo meat of all — human flesh.

Thankfully, Soderlund isn't trying to encourage people to kill one another. He only suggests we eat meat from already-dead humans. Yum — old-person flesh!

The scientist isn't asking others to do anything he wouldn't do himself, either — when Sweden’s TV4 asked Soderlund if he'd eat human flesh himself, he replied that he'd "be open to at least tasting it."

Bet those lime-flavored crickets are sounding tastier by the minute.