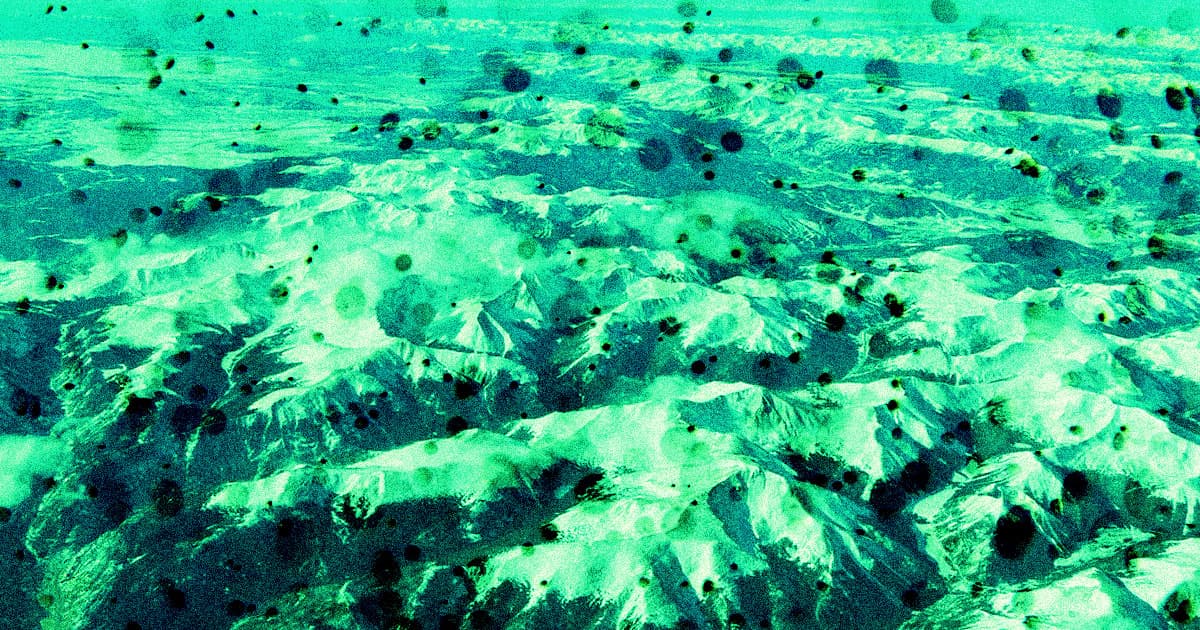 Rain Clouds Are Dropping Microplastic on the Rocky Mountains

"It's a part of our environment now."

"It's a part of our environment now."

There's so much microplastic pollution out in the world that it's now accumulating in rain clouds and pouring down onto the Earth.

Gregory Weatherbee, a scientist from the US Geological Survey, was conducting an analysis of rainwater in the Rocky Mountains when he found an assortment of microscopic plastic fibers, according to The Guardian — an alarming sign of the breadth of contemporary pollution.

Weatherbee published his research as a scientific poster, in which he wrote that the root causes for microplastic accumulation in the environment are unknown, as are the full extent of the health issues that they can cause in humans and other organisms.

"My results are purely accidental," he told The Guardian.

The discovery suggests that even if everyone began recycling all of their plastic waste, it would be a very long time before all of the environmental damage would go away.

"I think the most important result that we can share with the American public is that there’s more plastic out there than meets the eye," Wetherbee told The Guardian. "It's in the rain, it's in the snow. It's a part of our environment now."

READ MORE: It's raining plastic: microscopic fibers fall from the sky in Rocky Mountains [The Guardian]

More on microplastic: Microplastics Are Already in Our Bodies, According to a New Study