Are saving the environment and going on trips to space really mutually exclusive goals? 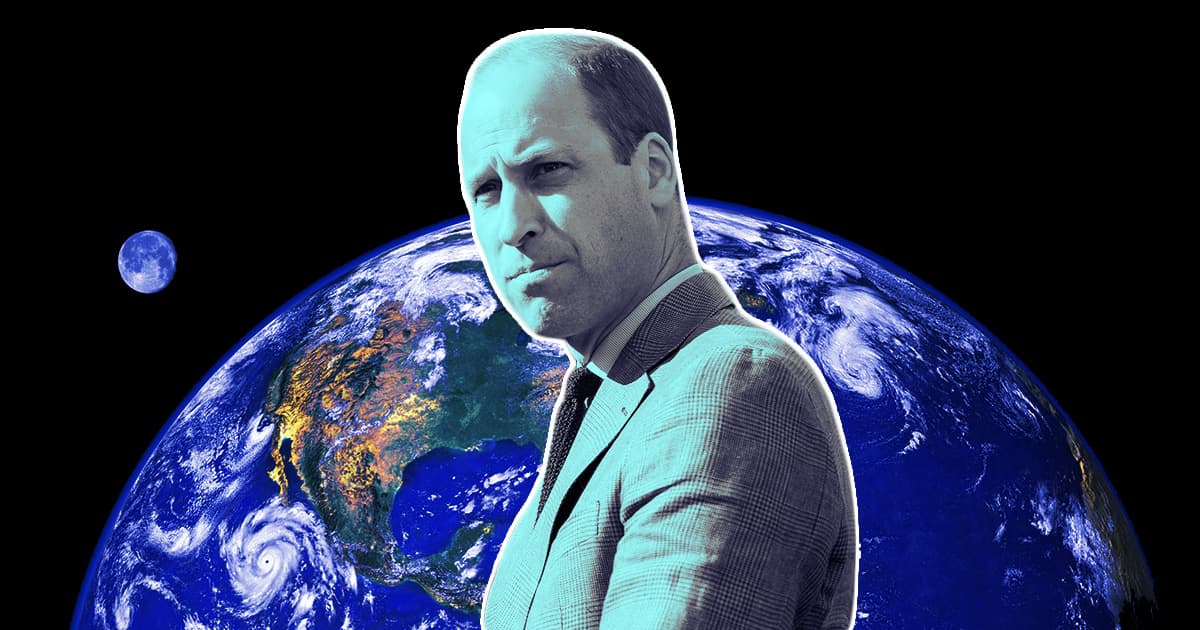 Prince William, a member of the British royal family and second in line for the throne, wasn't impressed with "Star Trek" actor William Shatner's brief joyride to the upper reaches of the Earth's atmosphere on board a Blue Origin rocket.

"We need some of the world's greatest brains and minds fixed on trying to repair this planet, not trying to find the next place to go and live," he told the BBC.

"I think that ultimately is what sold it for me — that really is quite crucial to be focusing on this [planet] rather than giving up and heading out into space to try and think of solutions for the future," he added.

It's a line of reasoning that has grown in popularity ever since billionaires started offering rides to those who can afford it to space — or at least near it — although it's an ironic critique to hear from a mega-wealthy member of an actual royal family.

The reality, though, is that humanity is facing an existential climate crisis and the ultra-rich are hell-bent on getting off the planet.

Most recently, Shatner got a ride from Jeff Bezos' space company Blue Origin on Wednesday. The 90-year-old Canadian got to experience weightlessness for several minutes, a life-changing experience that had him in tears.

Many who have made the journey to space, including professional astronauts, talk about the "overview effect," a cognitive shift after gaining a unique perspective on our planet. Seeing our home from a distance seems to provide a rare and humbling glimpse: humanity crowded together, living together on a small lump of carbon.

"To see the blue color go whip by," a shaken Shatner told Bezos shortly after touchdown on Wednesday. "This comforter of blue we have around us… Then you’re looking into black ugliness. There’s mother of Earth and comfort, and then there is death. Is that what death is?"

But is that really enough of a benefit, having those who can afford to go to space come back with a renewed enthusiasm for life? Or perhaps even fighting for our survival by advocating for meaningful change to save the environment?

It's a complicated question. Blasting off to space comes with its own substantial carbon footprint, with a single rocket launch emitting almost 100 times the carbon dioxide compared to a long-haul flight, according to experts.

To many of those who support space exploration, it's a false dichotomy.

"God this is such a boring take," journalist Daniel Oberhaus wrote in a tweet responding to Prince William's comments. "Why do we insist on endlessly regurgitating the idea of space exploration and environmental stewardship as mutually exclusive goals?"

Our scientific understanding has also greatly benefited from the research being conduct on the International Space Station. NASA astronauts have long studied the Earth's climate on board the orbital outpost, potentially allowing us to find ways to protect the environment.

But that's a long shot from a billionaire CEO going on an 11-minute rocket journey, which is more akin to an extremely expensive rollercoaster ride. Even the first all-tourist journey into orbit on board SpaceX's Crew Dragon earlier this year won't exactly further our understanding of the Earth's climate.

Prince William, for one, has his mind set. He told the BBC that he has "absolutely no interest" in going to space thanks to the carbon cost of space launches.

But is it really a zero sum game? At the very least — in a disappointing consolation prize — maybe brief joyrides into space could give the wealthy and powerful a new perspective on just how precarious the situation is for humanity, causing them to invest their considerable wealth to reverse some of the damage we have done back on Earth.