Amazon’s Constellation of 3,236 Satellites Has Astronomers Very, Very Freaked Out

"To me, honestly, it feels like putting a bunch of planes up and then not having air traffic control." 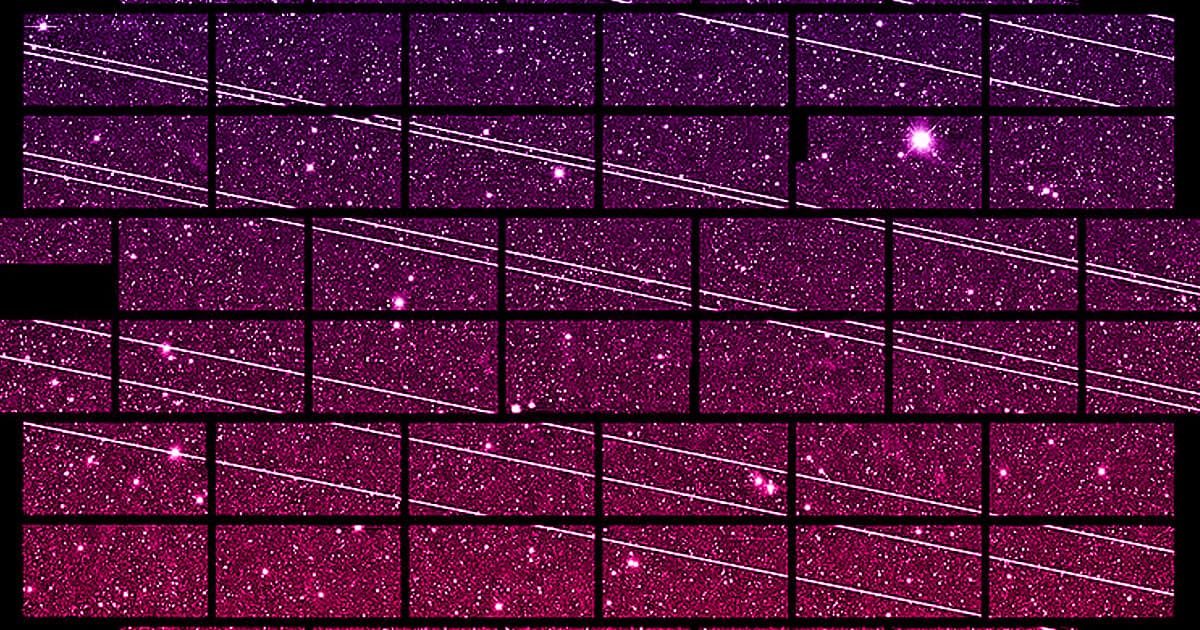 Amazon was approved by the Federal Communications Commission to launch 3,326 satellites as part of its planned Kuiper constellation. That's roughly 600 more satellites than the total number currently in orbit, as The New York Times reports. But who's counting?

Astronomers are. And they're worried. The news comes just a week after SpaceX launched its latest batch of 57 Starlink satellites, bringing the total number up to just shy of 600 already in orbit.

The reflective micro satellites have been photobombing astronomical observations of the night sky ever since they started being launched by SpaceX, appearing as bright streaks of light.

"We don’t yet have any kind of industrywide guidelines," Michele Bannister, planetary astronomer at the University of Canterbury in New Zealand, told the Times.

"We don’t have an industry body that’s producing good corporate citizenship on the part of all of these enthusiastic companies that want to launch, and we don’t have any regulatory setup in place that’s providing clear guidelines back to the industry," Bannister added. "To me, honestly, it feels like putting a bunch of planes up and then not having air traffic control."

Problems are likely to persist as companies like SpaceX and Amazon continue to litter the night sky with thousands, if not tens of thousands, of their satellites.

While SpaceX has tried non-reflective coating and a sunshade to stop reflecting light, a fully effective solution has yet to be demonstrated. An Amazon spokesperson also told the Times that "reflectivity is a key consideration in our design and development process."

Astronomers, however, are calling for national regulators to step up to the plate and make sure ground-based astronomy can survive this new trend. Whether or not they will — much like a potential clear night sky in the future — remains to be seen.

More on Starlink: SpaceX’s Starlink Satellites Ruined This Photo of the NEOWISE Comet

Read This Next
The Saga Continues
SpaceX President Defends Elon Musk Against Sexual Misconduct Claims
Dark Musk
The Dark Reason Elon Musk Is Trashing His Own Newest Employees
Musk Muzzled
Terms of Twitter Deal Say Elon Musk Isn't Allowed to Insult Twitter
New Baby Just Dropped
Elon Musk's New Baby's Weird Name, Explained
Company Town
Amazon Pays for High School Class About How to Be an Amazon Grunt
More on Future Society
Corporate Chaos
1:43 PM on the byte
RadioShack Is Tweeting About Drugs and Unusual Sexual Acts, for Some Reason
Made Up
Yesterday on the byte
Someone Slipped Hundreds of Fake Articles About Things That Never Happened Onto Wikipedia
Ukraine War
Yesterday on the byte
Security Camera Footage Shows Russian Missiles Hitting Ukraine Shopping Mall
READ MORE STORIES ABOUT / Future Society
Keep up.
Subscribe to our daily newsletter to keep in touch with the subjects shaping our future.
+Social+Newsletter
TopicsAbout UsContact Us
Copyright ©, Camden Media Inc All Rights Reserved. See our User Agreement, Privacy Policy and Data Use Policy. The material on this site may not be reproduced, distributed, transmitted, cached or otherwise used, except with prior written permission of Futurism. Fonts by Typekit and Monotype.