After Latest Explosion, Elon Musk Vows to Test Another Starship Within Days

According to Musk, SN15 "has hundreds of design improvements across structures, avionics, software & engine." 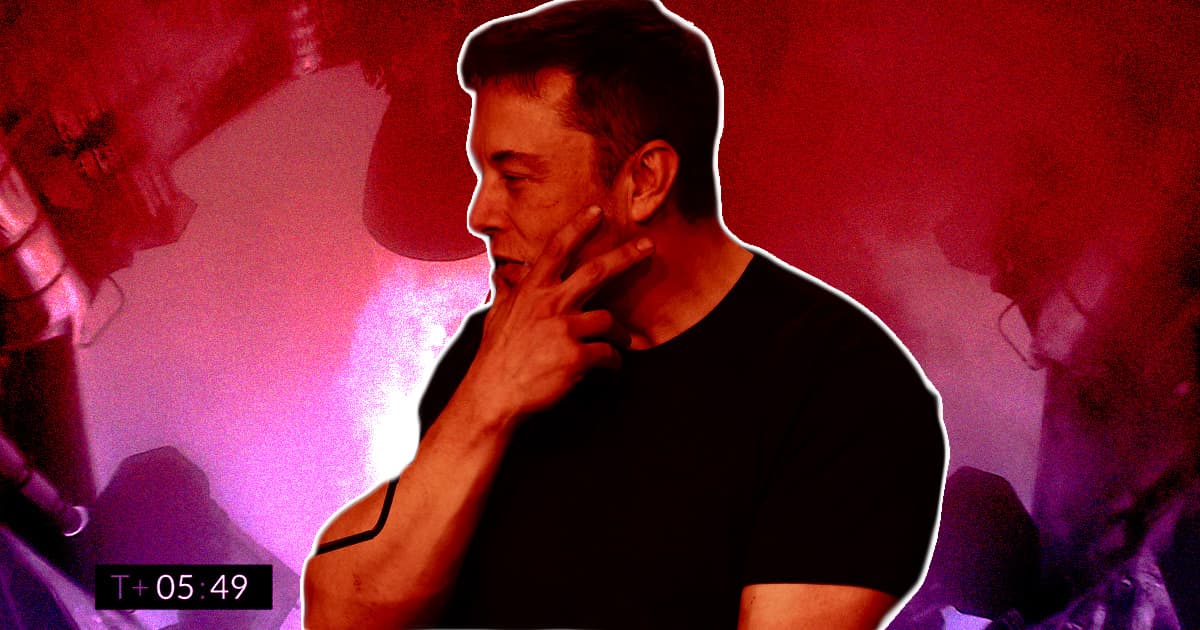 Another day, another Starship prototype explosion.

In November, SpaceX's SN8 met its early damage after smashing into the ground, followed by SN9 in February. SN10 came closest to touching down successfully earlier this month, appearing to make a soft landing before blowing to bits mere minutes later.

Less than a month later, SpaceX rolled out its SN11 prototype onto the launchpad. This morning's launch, however, was arguably more of a setback, with the towering structure lighting up the heavy fog around it in an apparent mid-descent blast — and then raining down on the ground in the form of large debris.

The third time wasn't quite the charm, in other words, and the fourth wasn't, either.

But the violent "rapid unscheduled disassemblies," which is SpaceX CEO Elon Musk's preferred euphemism for the blasts, should give anybody pause. This is, after all, the vehicle that SpaceX wants to use to carry the first astronauts to the Moon by 2024, potentially the first time humans have walked the lunar surface since the Apollo missions nearly half a century ago.

Musk, though, doesn't seem dismayed by the repeated explosions. To the billionaire, SN11 is already yesterday's news.

"SN15 rolls to launch pad in a few days," Musk announced in a tweet following Tuesday's explosion. "It has hundreds of design improvements across structures, avionics/software and engine."

"Hopefully, one of those improvements covers this problem," he wrote, referring to one of SN11's three engines having "issues on ascent & didn’t reach operating chamber pressure during landing burn" this morning.

"If not, then retrofit will add a few more days," he added.

Following SN15 will be SN20, which will have major tech revisions, according to Musk. "Those ships will be orbit-capable with heat shield and stage separation system. Ascent success probability is high."

But reentering Earth's atmosphere is no easy feat, with any spacecraft having to endure extremely high forces and temperatures. "However, SN20+ vehicles will probably need many flight attempts to survive Mach 25 entry heating & land intact."

According to Musk, the first full-scale prototype of Super Heavy, called BN1, will be a "manufacturing pathfinder, so will be scrapped. We learned a lot, but have already changed design to BN2."

Musk has some great ambitions when it comes to BN2.

"Goal is to get BN2 with engines on orbital pad before end of April," he wrote. "It might even be orbit-capable if we are lucky."

Read This Next
Shot Well
Head of NASA Relieved to Hear Elon Musk Isn't REALLY Running SpaceX
Makeover Scene
Space Tourist Says He's Thinking About Flying SpaceX Craft Up to Fix Hubble
Grain of Salt
There's a Huge Problem With Elon Musk's Promise to Bring Starlink to Iran
Sluggo Mode
SpaceX Has a Major Problem With Its Starlink Internet Connections
Dumpster Fire
SpaceX Tested Starship's Engines and Accidentally Caused a Large Fire
More on Off World
Stunning Centaur
3:13 PM on the byte
James Webb Spots Asteroid With Its Own Saturn-Like Rings
Grrrrrrrr
Yesterday on the byte
Internet Erupts as NASA Spots Cartoon Bear on Surface of Mars
Gl1tc4
Yesterday on the byte
NASA Says Another James Webb Instrument Has Suffered a Glitch
READ MORE STORIES ABOUT / Off World
Keep up.
Subscribe to our daily newsletter to keep in touch with the subjects shaping our future.
+Social+Newsletter
TopicsAbout UsContact Us
Copyright ©, Camden Media Inc All Rights Reserved. See our User Agreement, Privacy Policy and Data Use Policy. The material on this site may not be reproduced, distributed, transmitted, cached or otherwise used, except with prior written permission of Futurism. Articles may contain affiliate links which enable us to share in the revenue of any purchases made.
Fonts by Typekit and Monotype.