A "City of the Future" Reveals the Hoversurf Flying Bike 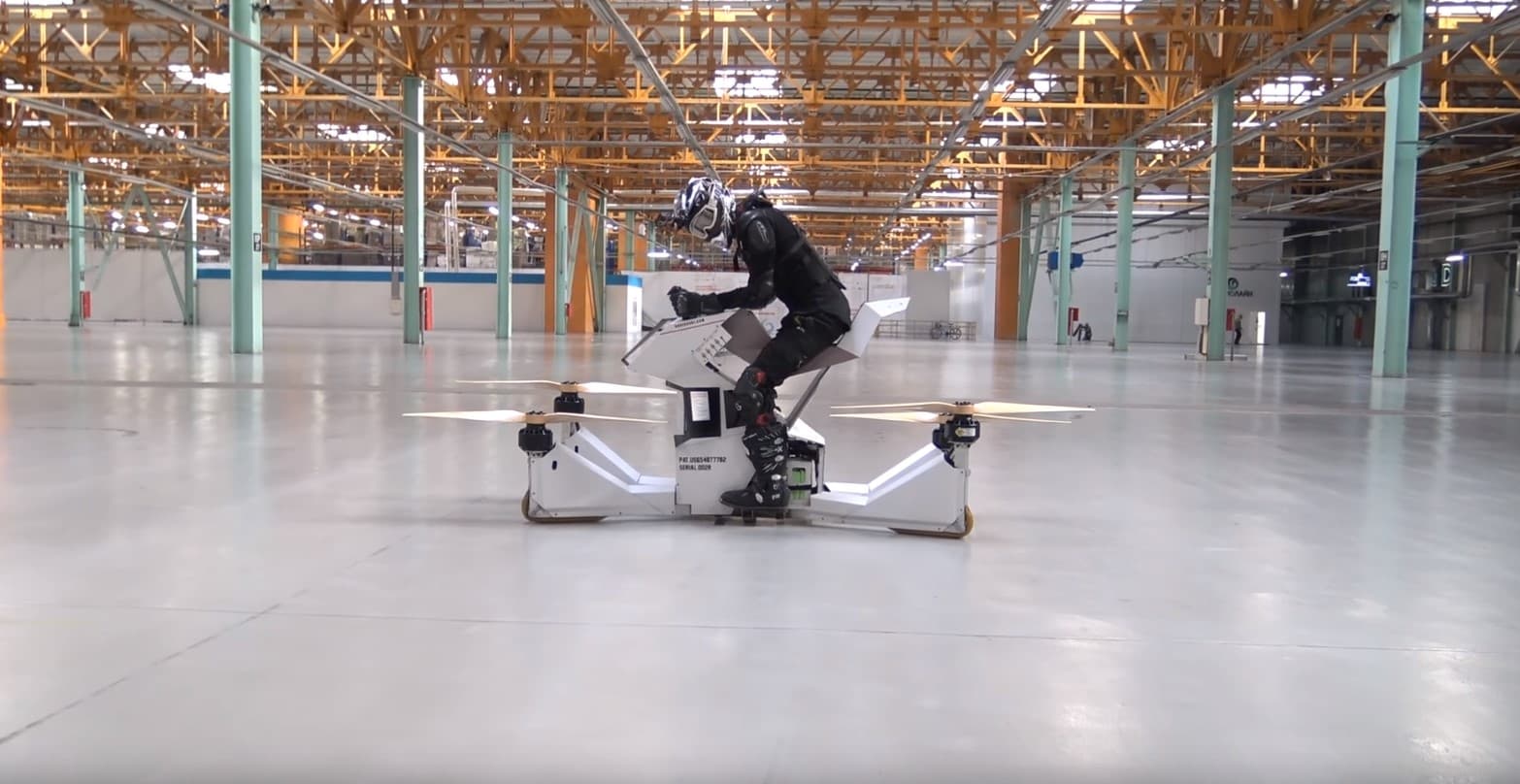 Dubai's police force is adding a new ride in the form of a hoverbike. Officially called Hoversurf, the bike was unveiled by Dubai Police at this year's the Gitex Technology Week conference, who revealed the bike is fully electric, has a top speed of 69 km/h (43 mph), can hold up to 300 kg (660 lbs.) and can be operated for about 25 minutes per charge.

Speaking to Gulf News, First Sergeant Ali Ahmad Mohammad from the Dubai Police's VIP Security Department explained the bike is also capable of flying without a passenger for up to 6 kilometers (4 miles). While an impressive piece of tech, the police force only intends to use the bike during emergency situations that require them to move quickly over heavy traffic.

Dubai has certainly done a lot this year to maintain its "City of the Future" status. The city will become the home of the first 3D printed skyscraper, wants robots to comprise 25 percent of its police force, is developing a flying taxi, and has introduced a new cryptocurrency known as EmCash.

Hopefully Dubai never loses the desire to move towards the future. At the rate the city's going, it's sure to have even more impressive technological developments in the coming years.

Read This Next
Top It Off
Startup Says Solar-Powered Electric Car Never Needs to Charge
Empty Seat
Waymo Ditches Human Safety Drivers in Its Self-Driving Taxis
Ride the Lightning
This Scientist Says He's Built a Jet Engine That Turns Electricity Directly Into Thrust
Brands We Love
5 Ways an Electric Bike Will Change Your Life
Hazard Lights
These Self-Driving Cars Won’t Let Drunk Drivers Take Control
More on Advanced Transport
Kapow
Yesterday on the byte
Self-Driving Car Plowed Into Active Fire Scene, Forcing Firefighters to Smash Its Window
Netflix and Drive
Monday on futurism
Mercedes Claims to Have Achieved Level 3 Automation, Beating Tesla
Battery Trouble
Monday on the byte
Tesla "Spontaneously" Bursts Into Flames While Driving Down Freeway
READ MORE STORIES ABOUT / Advanced Transport
Keep up.
Subscribe to our daily newsletter to keep in touch with the subjects shaping our future.
+Social+Newsletter
TopicsAbout UsContact Us
Copyright ©, Camden Media Inc All Rights Reserved. See our User Agreement, Privacy Policy and Data Use Policy. The material on this site may not be reproduced, distributed, transmitted, cached or otherwise used, except with prior written permission of Futurism. Articles may contain affiliate links which enable us to share in the revenue of any purchases made.
Fonts by Typekit and Monotype.