The world is transitioning to a new kind of policing. 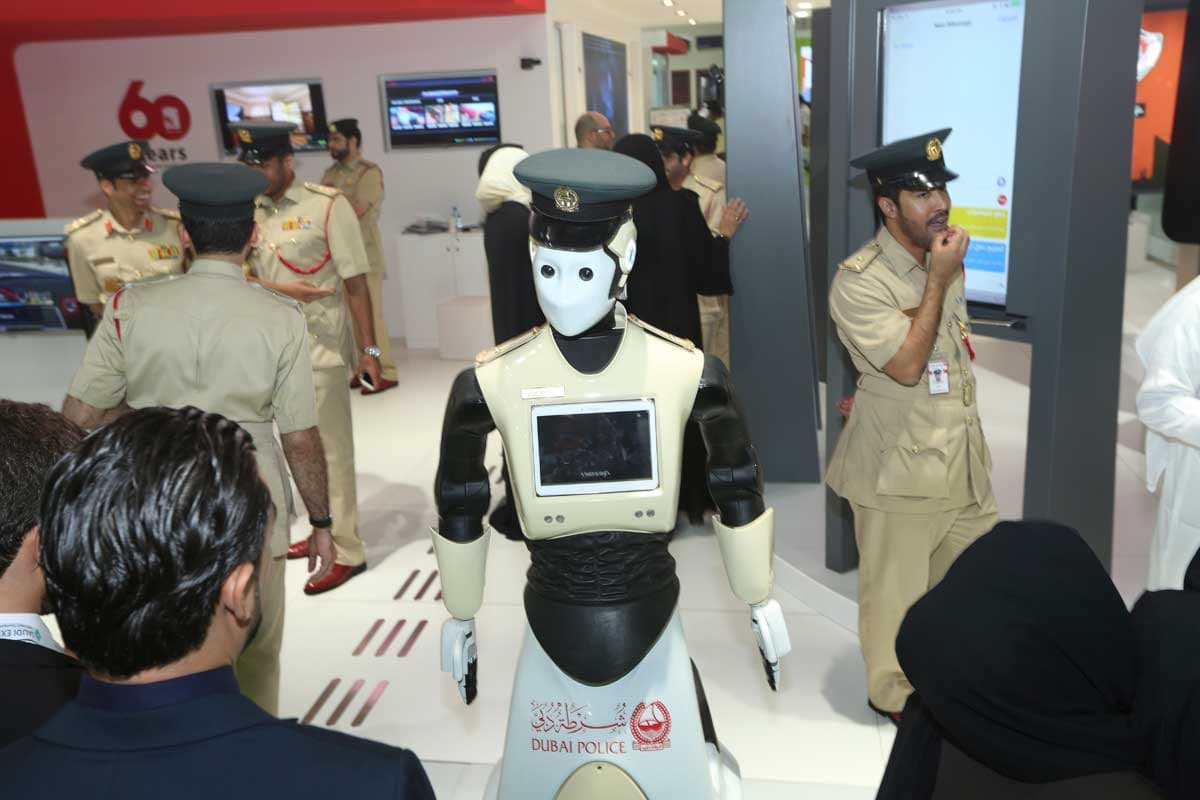 On Wednesday, May 24, Dubai will launch a new police robot that marks the first phase of the integration of robots into the police force. This modified version of the REEM robot (Designed by PAL robotics and unveiled in 2011) is capable of feeding video to a command center, forwarding reported crimes to police, settling fines, facial recognition, and speaking nine languages. It will operate at most malls and tourist attractions.

Dubai hopes robots will constitute 25 percent of its police force by 2030, with the next stage being to use them as receptionists in police stations. Brigadier Khalid Nasser Alrazooqi, General Director of Dubai Police's Smart Services Department, told CNN that they eventually want to release a "fully-functional robot that can work as [a] normal police officer."

A New Sheriff In Town?

Robotic police officers or soldiers are old sci-fi idea, but they are becoming more and more of a reality. In February, China started using the AnBot that uses facial recognition to identify criminals and is capable of following them until the police arrive. The Russian robot, Final Experimental Demonstration Object Research (FEDOR), has prompted comparisons to Robocop when a video showed it shooting with deadly accuracy, lifting dumbbells, and walking.

The biggest ethical concern raised by these developments concerns who is culpable if a robot makes the wrong decision and hurts someone in a criminal situation. Elon Musk, Steven Hawking, and other prolific scientists have identified AI as a serious existential risk, arguing that robots should never be allowed to kill people.

Alan Winfield, professor of robot ethics at the University of West England, writes about this issue on his Blog. "The problem is that you can't make a machine responsible for its mistakes," Winfeild said in an interview with CNN. "How do you punish it? How do you sanction it? You can’t."

Disclosure: The Dubai Future Foundation works in collaboration with Futurism and is one of our sponsors.

Read This Next
Thanks, but No Thanks
Oakland Police Want to Arm Robots With Shotguns, Because We Live in a Dystopian Nightmare
Unholy Diver
Terrifying Humanoid Diving Robot With "Human" Sense of Touch Explores Shipwreck
FEDOR Android
Parts Suppliers Are Boycotting Russia's Pistol-Shooting Android
Cop Bots
India Just Swore in Its First Robot Police Officer
Futurism
The 'Hexbot' Transforms Your Desk Into a 3D Printer and High-Tech Assembly Line
More on Robots & Machines
From the Dept. of...
12:00 AM on futurism
The Best Wireless Mouse of 2023
Balloon Boy
Yesterday on the byte
Other Chinese Balloons Apparently Flew Over America, But Nobody Noticed Them
From the Dept. of...
Yesterday on futurism
The Best Desks of 2023
READ MORE STORIES ABOUT / Robots & Machines
Keep up.
Subscribe to our daily newsletter to keep in touch with the subjects shaping our future.
+Social+Newsletter
TopicsAbout UsContact Us
Copyright ©, Camden Media Inc All Rights Reserved. See our User Agreement, Privacy Policy and Data Use Policy. The material on this site may not be reproduced, distributed, transmitted, cached or otherwise used, except with prior written permission of Futurism. Articles may contain affiliate links which enable us to share in the revenue of any purchases made.
Fonts by Typekit and Monotype.