5 Ways an Electric Bike Will Change Your Life

The time of the electric bike is here. 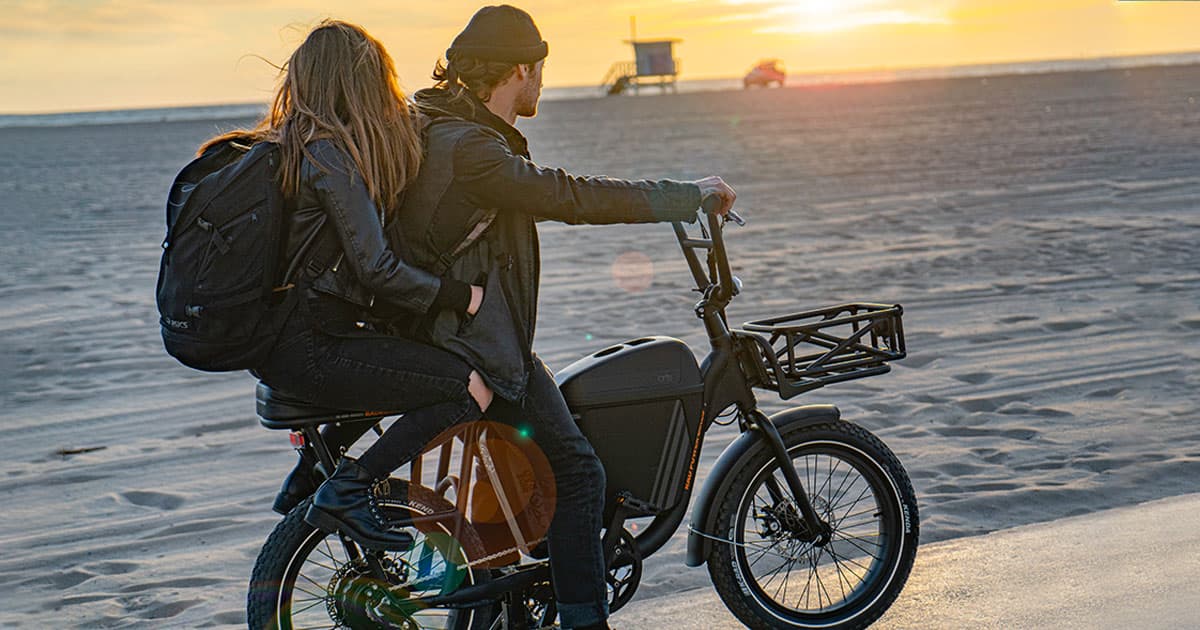 You may not realize it, but electric bikes are having a bit of a moment. Ebike sales skyrocketed by 91% from 2017 to 2018, and some experts expect 130 million electric bikes to be motoring around the U.S. by 2023—far outpacing the number of electric cars and trucks projected to be on the roads by then. If you’re not already part of the crew who’s figured out how electric bikes can transform your life, we’ve rounded up the reasons why you can’t afford not to ride (pun intended) the wave.

Swapping out drives for ebike rides is one of the quickest and healthiest ways to make giant dents in your budget. One estimate from Rad Power Bikes shows how switching your commute from car to ebike can save as much as $7,409 in a single year.

You know your budget best. Think about your transportation costs, from Uber rides to gas money to subway fares to car maintenance, and do the quick math to see how much you can save by working an ebike into your lifestyle.

It will revolutionize your commute.

There’s the fantasy of a conventional bike ride into work (showing up fresh as a daisy, right on time) and the reality of a standard bike commute (harried sprints upon realizing you’re not the Tour de France biker you thought you were, trying to hide your sweaty pits from your boss).

But a commute on an electric bike turns that fantasy into a reality. Along with shaving time off your ride—just how much will depend on your distance and terrain, but an ebike optimized for commutes can slash a 27-minute standard ride down to 15 minutes—that speed and the ease of the ride allow you to show up without looking like you need a shower and a Gatorade.

Plus, with accessories like baskets and child seats, you can ditch the car and make errands like daycare drop off and Target runs all part of your electric ride to work.

It will help you bring a whole new meaning to weekend warrior.

But ebikes aren’t all work, no play. They’re great tools for making the most of the free time you have to explore the great outdoors, since they allow you to travel farther, faster. Easy to rack to the back of a car or to fold into the trunk or an RV, they’re mobile enough to trot out for a quick Saturday spin but long-lasting enough to get you through an entire weekend of camping trip rides.

Ebikes with fat tires can help you tackle terrain that a conventional bike can’t, while an ultra-quiet but mighty hunting bike can be an affordable way to trek through mud, sand, or snow to stake out a spot that other hunters won’t find.

It’s not the ‘lazy’ option you might think it is.

Ebikes get dismissed as the lazy version of biking. And while it’s true that rides can sometimes seem effortless, your body is still getting the benefits of exercise. One study tracked previously sedentary adults who took up ebiking. After a month, they had greater aerobic fitness, better blood sugar control, a trend towards lowering their body fat, and, importantly, the desire to keep on riding despite other forms of exercise never enticing them before.

Plus, there are people for whom less physically taxing rides can be a game changer. The balance and motor functions required to ride a bike can help to alleviate the symptoms of diseases like Parkinson’s and Alzheimer’s in aging populations. And doing it on an ebike can help seniors get all those benefits without physically exhausting themselves, making rides a great way to stay active and healthy with older relatives and friends.

You’ll be doing your part to help the planet.

Scaling back your driving miles by 5,000 per year can slash your carbon footprint by 15%, and contribute to your physical and mental wellbeing in the process. There’s never been a more critical time to start making the sacrifices that will help keep Earth healthy. So why not make a switch to electric that feels like anything but a sacrifice?

Interested in uncovering even more reasons you can benefit from an ebike? Rad Power Bikes is offering Futurism readers a free add-on accessory of up to a $100 value when you buy an ebike. Just add the promo code “FUTURISM” at checkout and get ready for the ride that will change your life. Offer expires 4/10/20 at 11:30 PDT and cannot be combined with other discounts or promotions. U.S. only.

Futurism fans: To create this content, a non-editorial team worked with RadPower Bikes, who sponsored this post. They help us keep the lights on. This post does not reflect the views or the endorsement of the Futurism.com editorial staff.

Read This Next
Top It Off
Startup Says Solar-Powered Electric Car Never Needs to Charge
Empty Seat
Waymo Ditches Human Safety Drivers in Its Self-Driving Taxis
Brands We Love
This Ultra-Advanced Electric Bike Offers the Best of All Worlds
Ride the Lightning
This Scientist Says He's Built a Jet Engine That Turns Electricity Directly Into Thrust
Hazard Lights
These Self-Driving Cars Won’t Let Drunk Drivers Take Control
More on Advanced Transport
High Tide
Friday on the byte
We’re in Awe of Amsterdam’s Huge Underwater Bike Parking Garage
Quelle Surprise!
Thursday on the byte
Of Course Elon Musk Is Pushing The Cybertruck Back Again, What Did You Expect?
Stay Away
Wednesday on the byte
New SUV Features Electrified Door Handles and Pepper Spray Guns
READ MORE STORIES ABOUT / Advanced Transport
Keep up.
Subscribe to our daily newsletter to keep in touch with the subjects shaping our future.
+Social+Newsletter
TopicsAbout UsContact Us
Copyright ©, Camden Media Inc All Rights Reserved. See our User Agreement, Privacy Policy and Data Use Policy. The material on this site may not be reproduced, distributed, transmitted, cached or otherwise used, except with prior written permission of Futurism. Articles may contain affiliate links which enable us to share in the revenue of any purchases made.
Fonts by Typekit and Monotype.