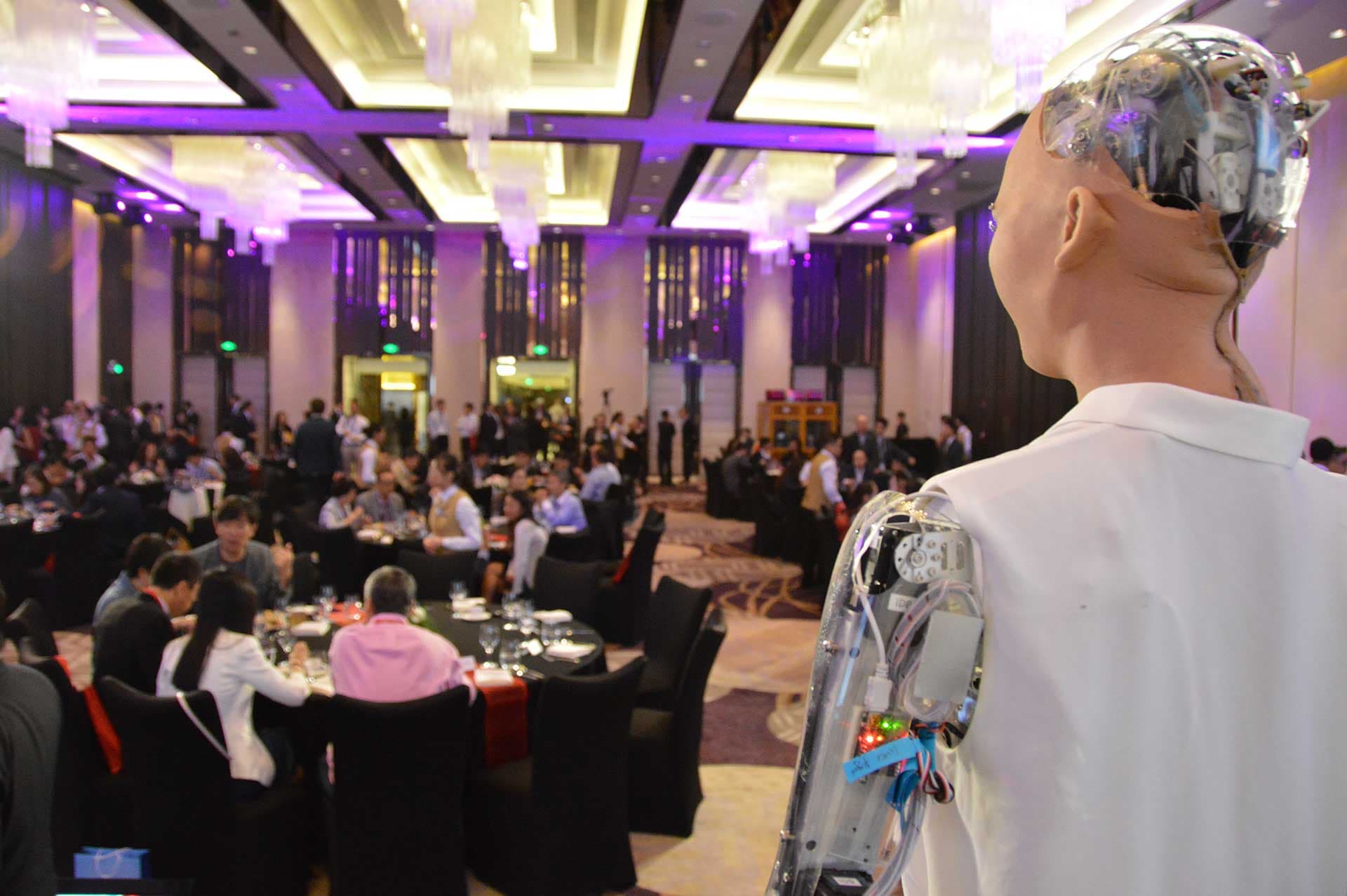 A Stake in the Future

Hanson Robotics' humanoid robot Sophia wants you to help her become smarter. The busy bot was just granted citizenship in the Kingdom of Saudi Arabia in October, and now, she's at the center of a crowdfunding campaign to take her artificial intelligence (AI) to the next level.

SingularityNET is a proposed blockchain-based marketplace where AIs could learn from each other by leveraging their respective datasets and specialized functionalities. Developers on the platform would use blockchain tokens to gain access to the datasets, make use of an AI's analytical capabilities, or monetize their own AI.

"There is currently no platform that enables this type of interoperability and coordination. The launch of such a platform would be one of the biggest breakthroughs ever in the evolution of AI," Ben Goertzel, CEO and founder of SingularityNET, wrote in a blog post.

SingularityNET is already working with more than 100 AI organizations and developers to ensure the experts have access to the platform. Now, they want to offer that same access to the rest of the world through a token sale, and they enlisted the help of Sophia in announcing its launch.

SingularityNET's AGI token launch is planned for December 8, 2017, at 12 pm Eastern Time. They've placed a hard cap of US$36 million on the sale, and it may include as many as 1 billion tokens.

According to the company's white paper, Sophia will be one of the first SingularityNET Agents. This will allow other developers to make use of her cognitive services while also allowing her to benefit from the intelligence of other agents on the platform.

A Melding of Minds and Technology

By using blockchain tokens to build a coordinated artificial general intelligence, SingularityNET is combining two of today's most transformative technologies.

Blockchain tokens have been used to crowdfund a number of other initiatives, revealing their potential to do far more than replace traditional currencies. They could change how music is produced, how films are funded, how energy is distributed, and so much more.

Meanwhile, we've seen the benefits of AI in the healthcare, finance, and agriculture industries, and according to Transparency Market Research, the AI industry is expected to grow from $233.8 billion in 2017 to $3.1 trillion in 2025.

A significant number of tech experts agree that AI has the potential to transform the world, but whether that change will be for the better or worse is still up for debate.

In a recent interview with Rolling Stone, Elon Musk noted the potential problems that could arise from having a single company, such as Google, control artificial general intelligence. By facilitating a community-based, collaborative approach to improving AI and building an artificial general intelligence, SingularityNET could help avoid this monopolization of AI technology.

As Goertzel wrote, "We believe that putting the community in charge of the system will ensure the platform benefits all users." Sophia would get that intelligence upgrade she's hoping for, while everyone else would get a chance to shape the future of AI.