We Lost Rosetta This Weekend, But She's Back

After 24 hours of silence, Rosetta came back. 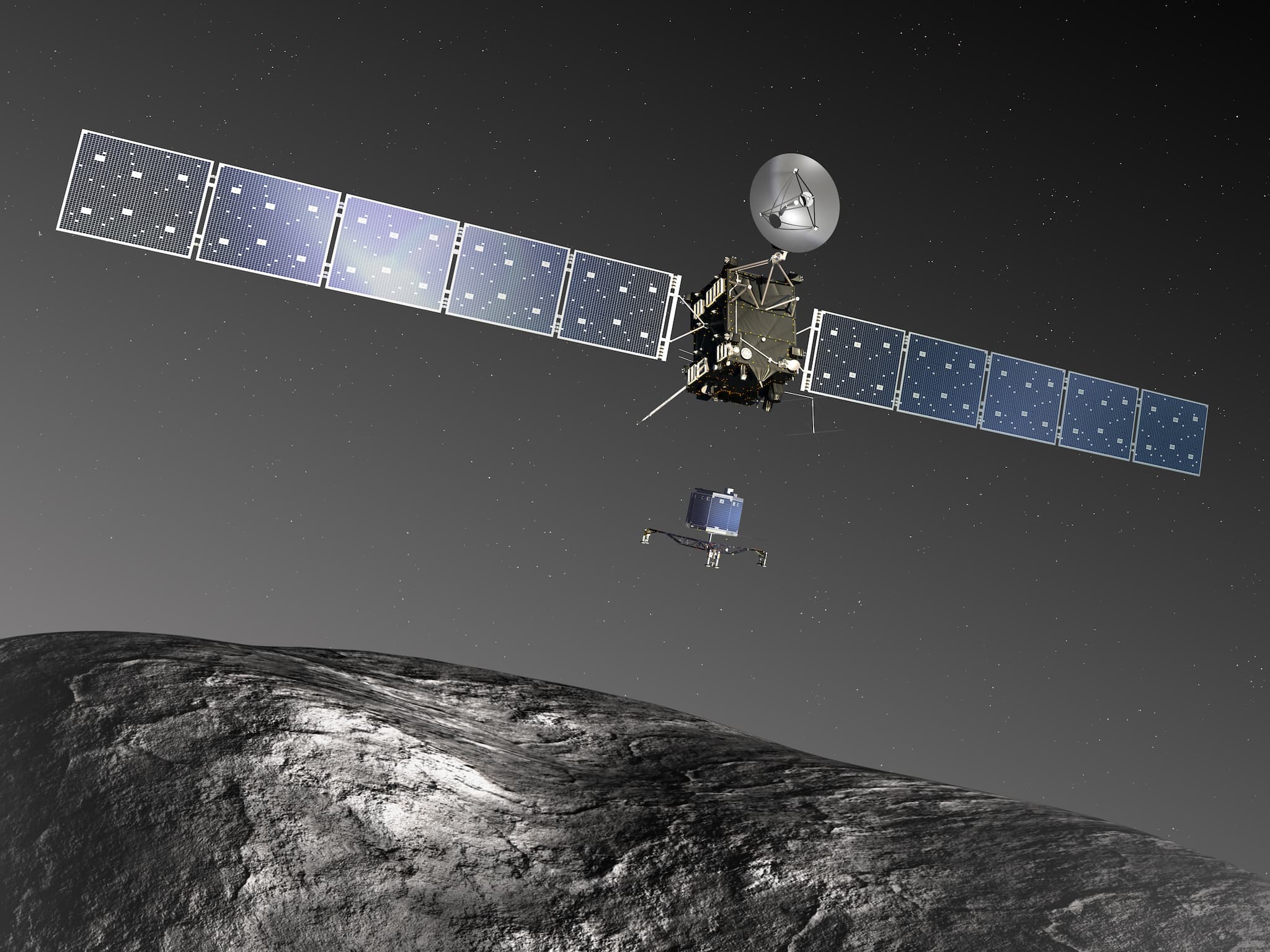 After becoming the first spacecraft to land its probe on a comet, the European Space Agency’s Rosetta orbiter was able to spot water ice on the face of a comet. Specifically, 67P Churyumov-Gerasimenko, which it had been orbiting. However, contact was sadly lost this past weekend.

According to the European Space Agency (ESA), the lost contact was caused by the orbiter's navigation system. Though Rosetta relies on the position of the stars to track its own position, it may have been confused when it encountered dust particles on the surface of the comet that it is monitoring.

Rosetta, better known as the mothership of Philae, was said to set itself on "safe mode" when transmission with mission control was lost, causing it to turn off all its equipment—instruments, cameras, radar, and analyzers.

Ground control sent "blind" commands to the orbiter in order to reset its trackers. Once transmission between mission control and Rosetta was established, it was moved away from the traversing comet and into a separate 30km orbit.

And so it's journey continues.

Read This Next
From the Dept. of Things to Buy
Review: The "Out of This World Cook Book" Chronicles the Early Meals of the Space Age
FROM THE DEPT. OF THINGS TO BUY
5 Nintendo Space Games That Are Out of This World
Space Sick
Space Is Wreaking Havoc on Astronauts' Blood
Water Elemental
NASA Astronaut Says He Almost Drowned During Spacewalk
From Our Partners
Put The Solar System In Your Living Room With These Celestial Lamps
More on Sci-Fi Visions
From the Dept. of...
12:00 AM on futurism
The Best Humidifiers of 2023
Human v. Giraffe
Jan 24 on the byte
Chaotic Italian Fashion Line Baffles Facial Recognition Software
Step One
Jan 24 on the byte
World’s Third Richest Person Says He’s Developed "Addiction" to ChatGPT
READ MORE STORIES ABOUT / Sci-Fi Visions
Keep up.
Subscribe to our daily newsletter to keep in touch with the subjects shaping our future.
+Social+Newsletter
TopicsAbout UsContact Us
Copyright ©, Camden Media Inc All Rights Reserved. See our User Agreement, Privacy Policy and Data Use Policy. The material on this site may not be reproduced, distributed, transmitted, cached or otherwise used, except with prior written permission of Futurism. Articles may contain affiliate links which enable us to share in the revenue of any purchases made.
Fonts by Typekit and Monotype.