It's like a sped up version of aging, the scientists say. 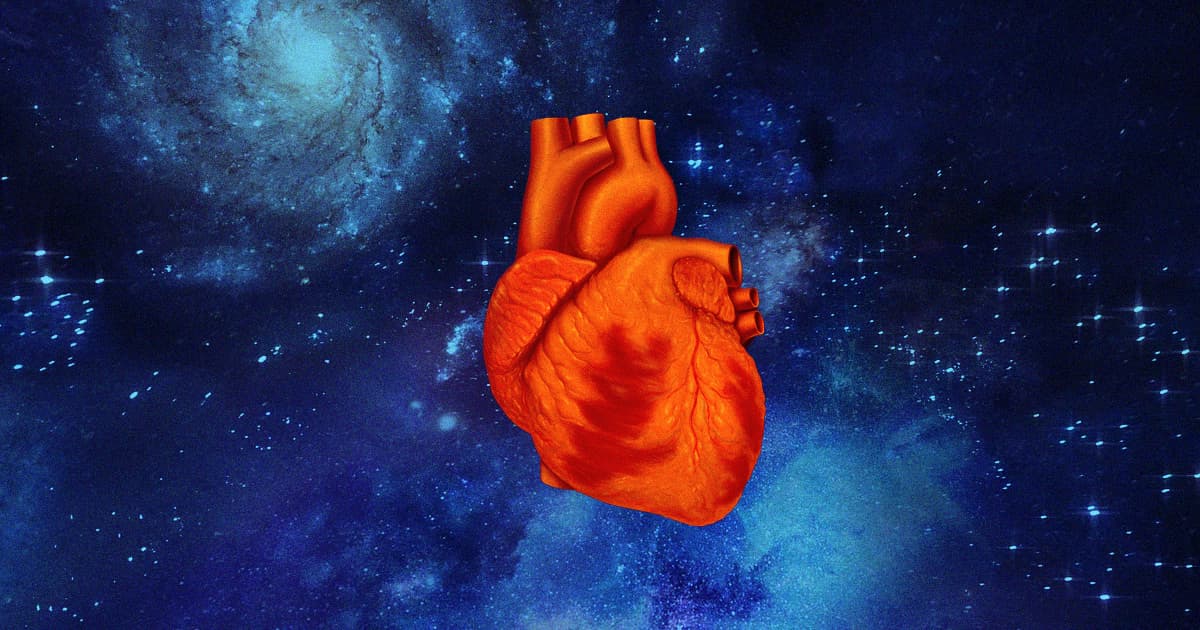 As space agencies around the world pursue missions into deep space or settlements on the Moon and Mars, a major challenge looms. We still don't fully understand what extended bouts in space do to the human body.

Among those changes, it turns out, is that the heart grows weaker, according to research published last week in the journal npj Microgravity. Because life in zero gravity takes less physical exertion, the heart becomes deconditioned to stress and less tolerant to exercise in the future — changes that the team of engineers from Italy's Politecnico di Torino say resemble a sped up version of aging.

According to the team's models, astronauts who spend long enough in zero-gravity for their hearts to adjust and decondition end up with the exercise tolerance of someone who never exercised at all and lived a sedentary lifestyle. It's a shocking change, given the physical rigor of the tests astronauts have to go through prior to spaceflight.

"Present findings are useful to design future long-term spaceflights, individuate optimal countermeasures and understand the state of health of astronauts when prompt physical capacity at the time of restoration of partial gravity (e.g., Moon/Mars landing) is required," lead author and aerospace engineer Stefania Scarsoglio said in a press release.

Fortunately, there are two upsides to the otherwise dismal findings, which the researchers say could help protect both astronauts and us stuck on the ground back home. The study, they argue, serves as a warning that physical conditioning must remain part of a space traveler's routine, even when living in zero gravity. And on top of that, they suggest that studying the ways that space deteriorates heart health could lead to new insights into cardiac wellbeing back on Earth.

READ MORE: The human heart in space: What can we learn from mathematical modeling [Politecnico di Torino]

More on space medicine: Medical Experiments in Space Could Fight Aging on Earth