Future Space Tourists Might Have To Train Before Their Trips

Space travel is rough on the body. 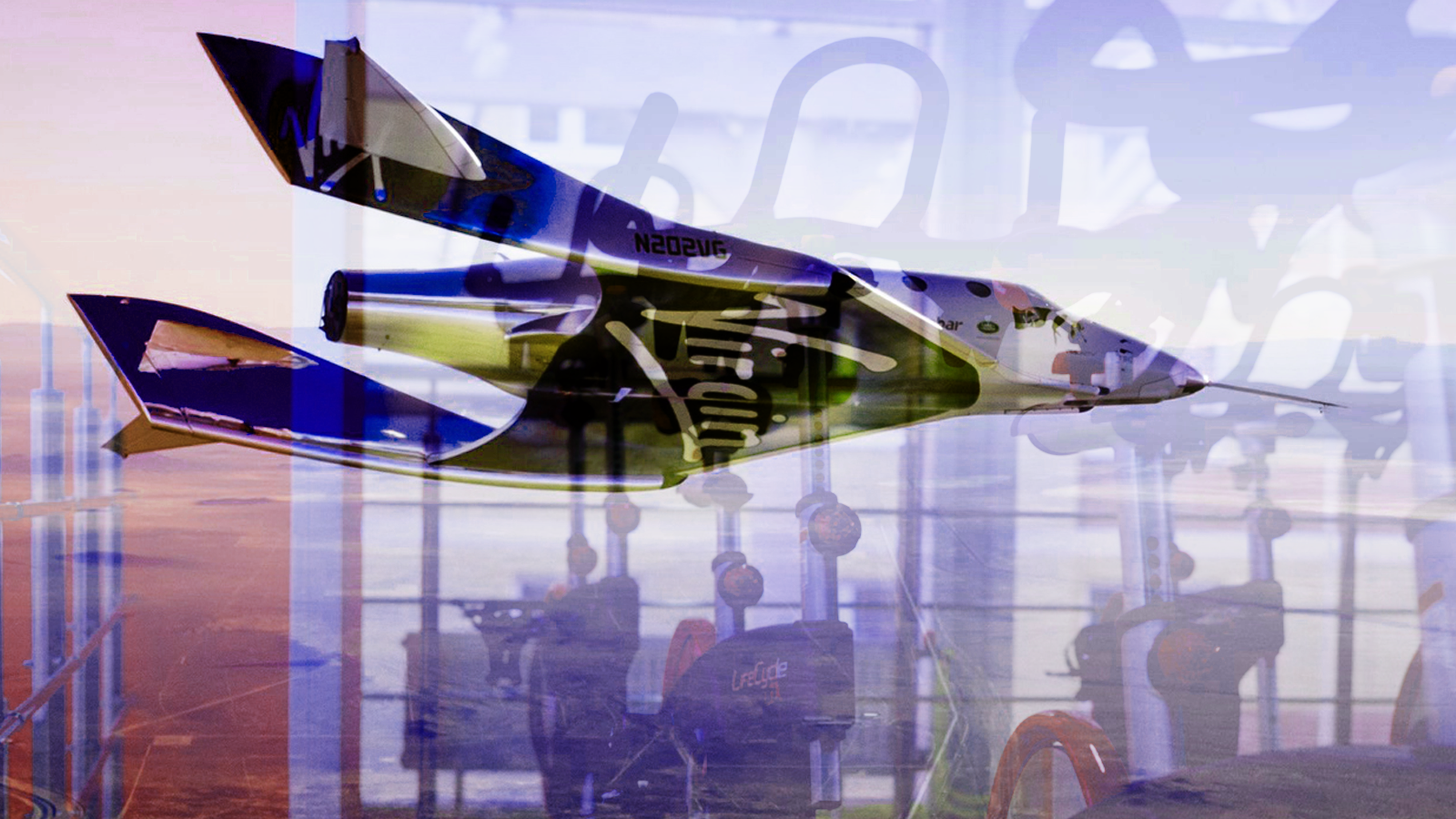 Leave it to Richard Branson to find motivation to go to the gym in traveling to space. On Tuesday, a ship from Brason's space flight company, Virgin Galactic, achieved supersonic speed in a test run for the second time. To Branson, that means the first passenger flight to the edge of the atmosphere is coming soon. He plans to be aboard, and has been cycling and playing tennis to prepare, as he told the Washington Post.

Branson's exercise regimen might seem a bit premature. But the truth is that future space tourists will need to be fit enough to handle space, too.

Ripping through the atmosphere at twice the speed of sound, as Virgin Galactic plans to, puts a lot of pressure on the body. Zero gravity does the exact opposite. According to NASA, without gravity's constant pressure, young, healthy astronauts lose bone density. And they lose it fast — 12 times faster in space than elderly adults do on Earth — making their bones very brittle, risking breaks when they're back on their home planet. Since it takes no effort to move around in space, muscles —including your heart — don't have to work as hard, so they weaken.

To counteract those and a bunch of other health effects, NASA puts their recruits through workouts before, during, and after space flight. They won’t even work with candidates if they don’t meet fitness requirements. NASA only considers applicants with blood pressure under 140/90 (just two thirds of Americans have blood pressure that low). Within the first month of training, candidates have to swim 75 meters without stopping, and then swim that distance again, but in 280-pound flight suit and shoes. It's a delicate balance however, because astronauts can't be too ripped — the European Space Agency (ESA) says that overly-muscular individuals could actually have problems in space (though they don't explain why), so the agency's training regimens aim to put trainees in better shape than most people their age.

Both NASA and ESA have stricter health protocols than anything commercial operations are likely to have. According to Bloomberg, George Nield, the associate administrator for commercial space transportation at the Federal Aviation Administration said at the 2017 Space Commerce Conference, “It’s really up to the company for what kind of screening they want to have.” And it’s possible private space flight companies won’t be too particular about medical standards for passengers. The brands have stayed pretty mute on the topic so far: only SpaceX mentioned the need for Dragon’s crew to pass fitness standards.

Even if Branson’s company hasn’t communicated health requirements to customers with pre-purchased tickets, he’s clearly taking fitness for space travel seriously (he is also twice the age of the ESA’s ideal candidate). We all might have a while to train — the billionaire has been saying the maiden voyage is “18 months away” for a literal decade. With all that tennis training, he might get to the U.S. Open before he gets to the edge of space.

Read This Next
Billionaire Space Club
Man Getting Paid to Fly Rich Guys to Space Says Don't Worry, They're Not Just Idle Tourists
Billionaire Blast Off
Billionaire Says He's Buying SpaceX Launches for "Private Space Program"
Lucky Bastard
Billionaire Space Tourist Basically Says "Let Them Eat Cake"
Maiden Voyage
Check Out How Stoked This Billionaire Is to Leave Our Dying Planet
Futurism
How to Talk to Your Family About Space Tourism
More on Off World
Drama Bomb
Yesterday on the byte
European Space Agency Halts Plans to Send Astronauts to Chinese Space Station
Futurism
Yesterday on the byte
Asteroid Mining Startup About to Launch First Mission
Carry On, Wayward...
Yesterday on the byte
NASA Says Lucy Spacecraft Will Forge Ahead With Busted Solar Array
READ MORE STORIES ABOUT / Off World
Keep up.
Subscribe to our daily newsletter to keep in touch with the subjects shaping our future.
+Social+Newsletter
TopicsAbout UsContact Us
Copyright ©, Camden Media Inc All Rights Reserved. See our User Agreement, Privacy Policy and Data Use Policy. The material on this site may not be reproduced, distributed, transmitted, cached or otherwise used, except with prior written permission of Futurism. Articles may contain affiliate links which enable us to share in the revenue of any purchases made.
Fonts by Typekit and Monotype.