We Could Have Six Astronauts in Mars’ Orbit by 2028

This “Mars Base Camp” is like nothing you’ve ever seen. 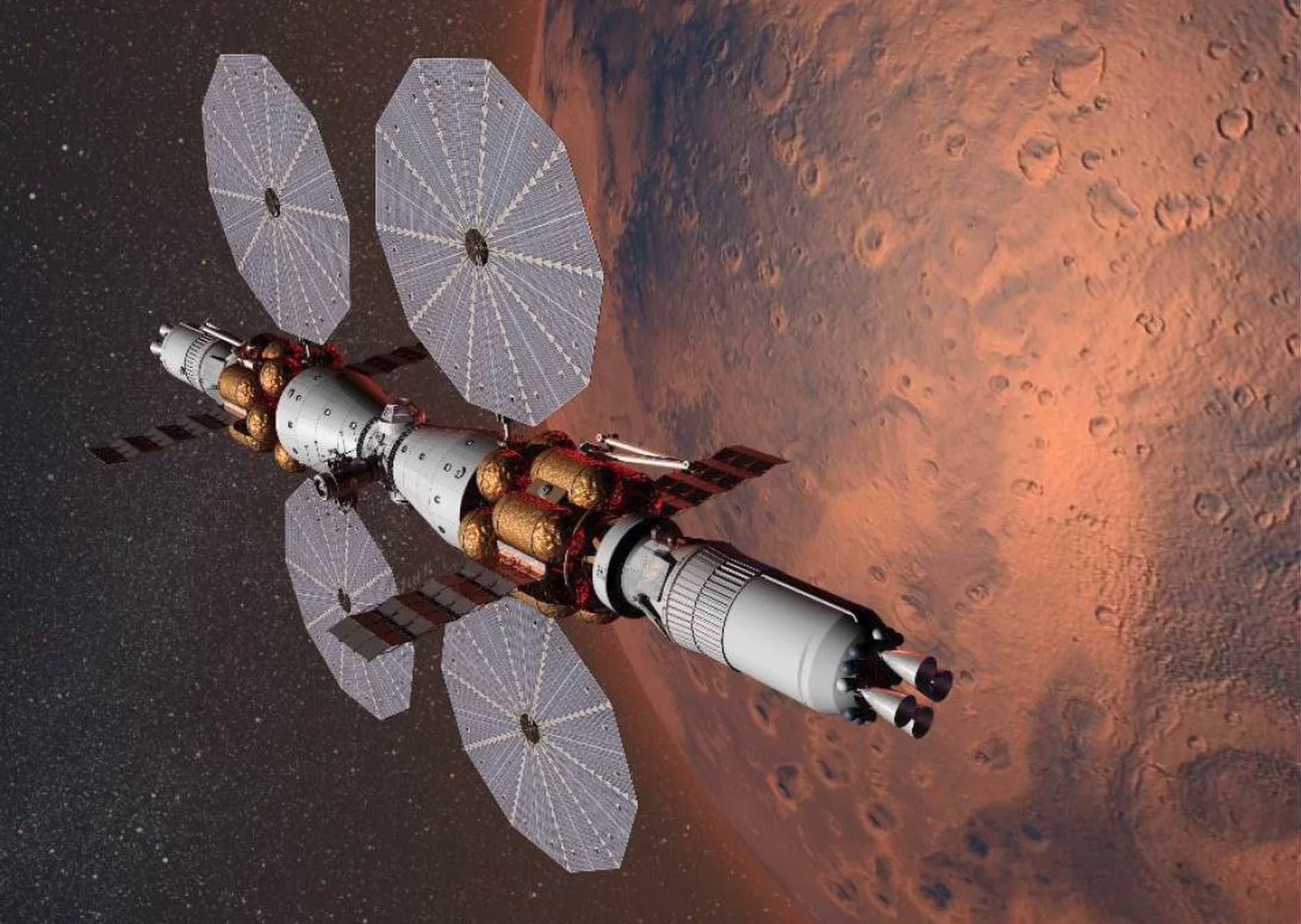 Despite all this talk about humans colonizing Mars, it actually coming to fruition seems like a far and distant possibility. But in just over a decade, we could have the planet well within our sights — literally.

Researchers from Lockheed Martin have a plan to establish a six-person Mars Base Camp in Mars' orbit by 2028. Their hope is that this orbiting lab will help us gain valuable insight into the planet and bring humanity one step closer to eventually colonizing it.

The concept was first unveiled last year, and more details and concept images were revealed during the 48th Lunar and Planetary Science Conference (LPSC) last month.

The Mars Base Camp could be very useful in helping us identify the best spots to explore when humans finally touch down on the Red Planet. The plan is for the craft to remain in Mars' orbit for a full year, and during that time, the crew would use immersive technology, virtual reality (VR), and artificial intelligence (AI) systems to operate and maneuver rovers across the planet’s unfamiliar terrain.

The Mars Base Camp would help minimize delays in the transmission of information, allowing scientists and researchers to study, explore, and make decisions in real-time. "The discussion we're having here at the meeting is, how best can scientific discovery be enabled by having scientists in close proximity to mobile hardware on the surface of Mars or in the Martian atmosphere," Steve Jolly, chief engineer for civil space at Lockheed Martin in Denver, told Space.com.

Essentially, the Mars Base Camp would serve as a precursor to the ultimate goal — getting humans on Mars — and to that end, Lockheed Martin is looking into ways to enable two-week missions on the surfaces of Mars and its two moons via a reusable sortie system using supersonic retropropulsion.

Read This Next
Little Boxes
One Silly Little Detail Is Reportedly Delaying Artemis II by Years
Baby, would you ride with me
General Motors Is Working on a Self-Driving Electric Car for Moon Astronauts
Lonely Planet
Mars One Planned to Colonize the Red Planet. Now It's Bankrupt.
Futurism
Researchers Identify Eight Sites With Exposed Water Ice on Mars
Futurism
Experts Say Some Organisms Thrive in Martian Soil
More on Off World
Take Cover
Yesterday on the byte
Space Startup Blows Up Another Giant Inflatable Space Station Module
Rock Blast
Yesterday on the byte
Scientists Say There's an Upside to Those Rocks That Keep Bludgeoning the James Webb
Meathead Theory
Yesterday on the byte
Professor Receives Insane Email Claiming "Biological" Green Comet Is Giving Off "Meat Smoke"
READ MORE STORIES ABOUT / Off World
Keep up.
Subscribe to our daily newsletter to keep in touch with the subjects shaping our future.
+Social+Newsletter
TopicsAbout UsContact Us
Copyright ©, Camden Media Inc All Rights Reserved. See our User Agreement, Privacy Policy and Data Use Policy. The material on this site may not be reproduced, distributed, transmitted, cached or otherwise used, except with prior written permission of Futurism. Articles may contain affiliate links which enable us to share in the revenue of any purchases made.
Fonts by Typekit and Monotype.