"The best surprise came at the end of the experiment when we found two young worms in the Mars soil simulant." 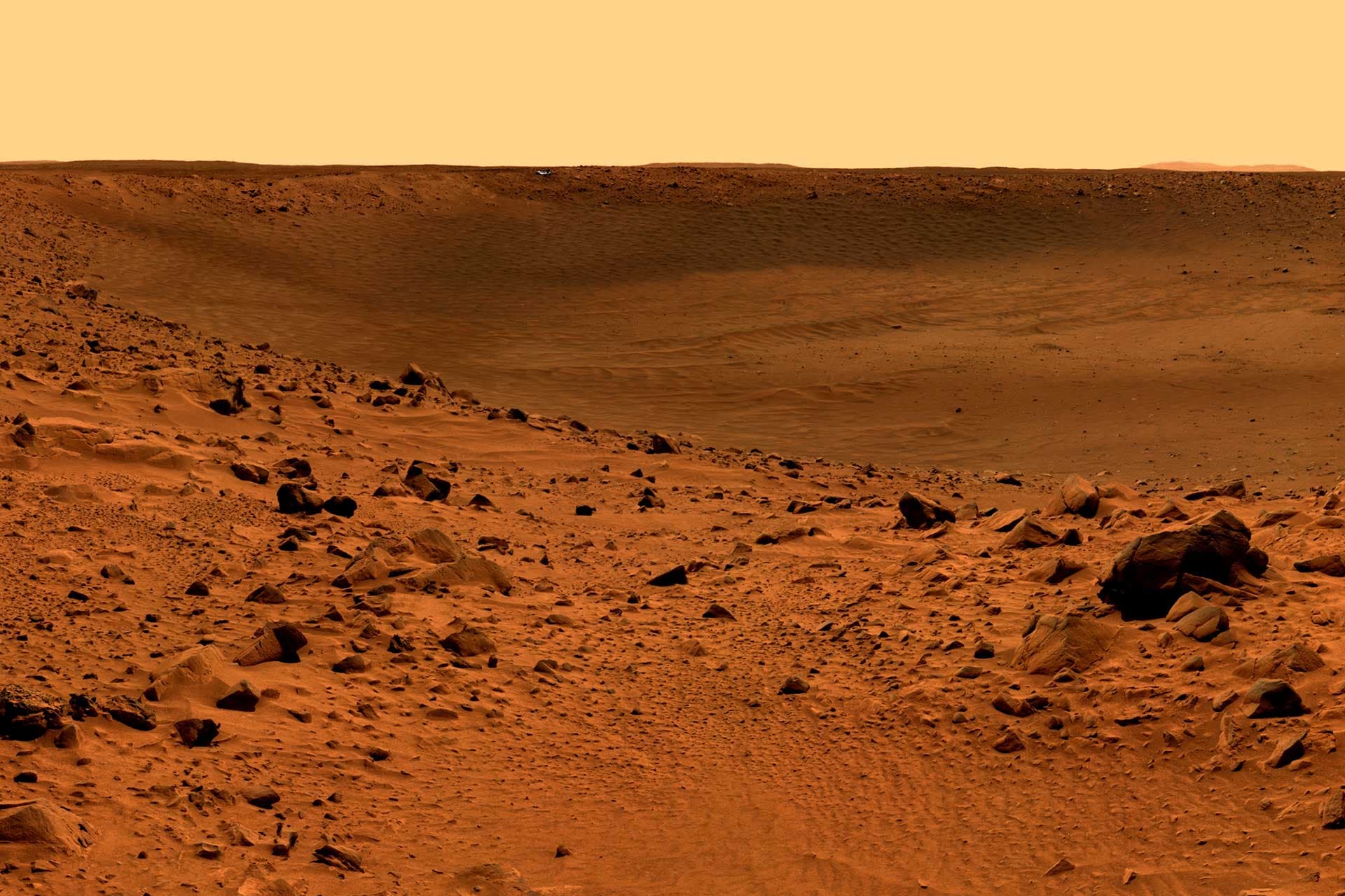 If we're ever to establish a permanent base on Mars — and survive there — we'll need to learn how to farm on the Red Planet before we make solid plans to relocate. To that end, scientists have already started experimenting with simulated Martian soil developed by NASA.

The soil simulant was created using data collected by Mars rovers and orbiters and is said to be as close to the real thing as possible, given the information that's currently available. Since the soil doesn't contain any organic material, it technically wouldn't be classified as soil down here on Earth. Scientists are referring to it as such in order to distinguish it from the rocks and gravel present in the Martian regolith.

The study involved introducing rucola plants (better known as arugula), manure fertilizer, and earthworms to the soil sample. The worms took to their new environment so well that they actually began to reproduce before the experiment came to an end.

NASA's soil simulant has many potential uses, including tests designed to determine if matter on the surface of Mars will interfere with equipment — like planetary rovers and space suits. It's also proving to be an integral part of ongoing efforts over the last few years to determine the Red Planet's capacity for growing crops.

Rather than sending massive amounts of food along with Martian explorers, it makes more sense to give them a method of producing supplies once they're up there. If a crew could grow crops on the surface of Mars, it would help solve one of the biggest issues preventing such an expedition from getting off the ground.

Wamelink and his team conducted a study back in 2016 that proved vegetables can be grown in the Martian soil simulant. Now, it's a matter of improving upon the process — as it's still not quite as effective as the soil we find on Earth, and therefore couldn't be expected to sustain the needs of human crewmembers.

The fact that earthworms are apparently able to thrive in Martian soil is good news, as the worms would be of useful service when it comes to growing crops. The creatures digest decaying plant matter and turn it into nutrients, as well as aerate the soil as they tunnel through it.

However, there are still several other obstacles that still need to be overcome: the planet's freezing-cold conditions, its surface radiation, and the fact that it only gets 60 percent of the light that Earth does, which would slow the growth of any plants.

In addition to those challenges, Wamelink and his team will next set out to study how the large quantities of a chlorine compound called perchlorate found on Mars could affect any vegetables grown there.

Read This Next
A Sip of Opal
NASA Discovers Precious Gemstones on Mars
Martian Oases
Scientist Proposes Growing a Forest Inside a Bubble on Mars
Big Impact
Meteorite Hit Mars So Hard NASA Thought It Was a Quake
Palliative Care
NASA's Mars Lander Refuses to Die Even Though It's Supposed To
Signs Of Life
NASA Seems Awfully Excited About Finding Organic Matter on Mars
More on Off World
Drama Bomb
Yesterday on the byte
European Space Agency Halts Plans to Send Astronauts to Chinese Space Station
Futurism
Yesterday on the byte
Asteroid Mining Startup About to Launch First Mission
Carry On, Wayward...
Yesterday on the byte
NASA Says Lucy Spacecraft Will Forge Ahead With Busted Solar Array
READ MORE STORIES ABOUT / Off World
Keep up.
Subscribe to our daily newsletter to keep in touch with the subjects shaping our future.
+Social+Newsletter
TopicsAbout UsContact Us
Copyright ©, Camden Media Inc All Rights Reserved. See our User Agreement, Privacy Policy and Data Use Policy. The material on this site may not be reproduced, distributed, transmitted, cached or otherwise used, except with prior written permission of Futurism. Articles may contain affiliate links which enable us to share in the revenue of any purchases made.
Fonts by Typekit and Monotype.