But all hope is not lost. 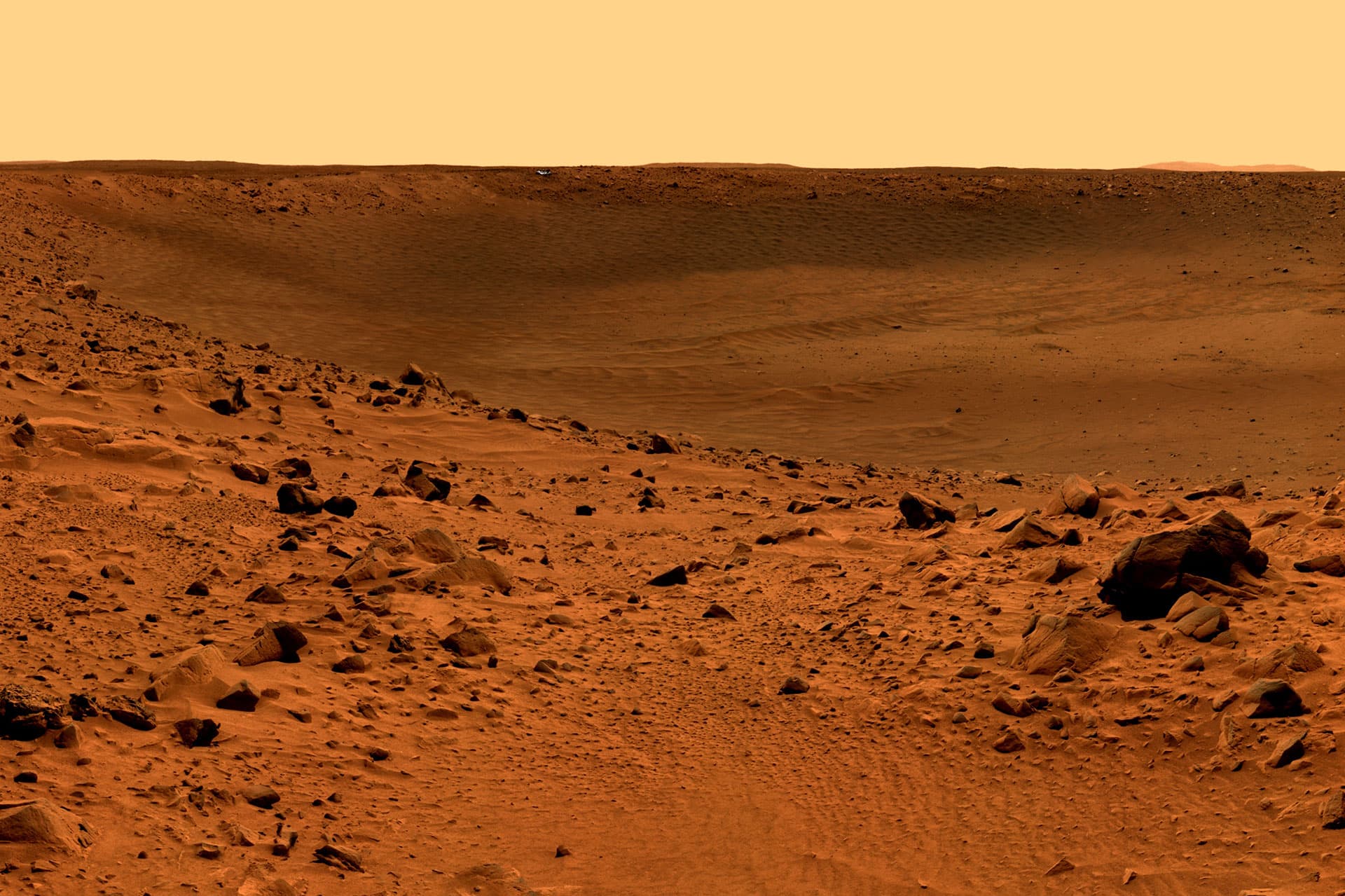 New research shows that our aspirations to grow potatoes on Mars may be a little premature. Results of a new study indicate that the thin Martian atmosphere and the ultraviolet radiation it allows to reach the planet's surface interact with chemical compounds called perchlorates to create a deadly environment for bacteria.

We have known that there were perchlorates on the surface of the Red Planet since the 1970s when the Viking 1 and 2 spacecraft landed there. We've confirmed this with other probes since that time, and until recently that fact has actually been viewed in an encouraging light. That's because although perchlorates — made from oxygen and chlorine — are toxic to humans, bacteria tend to thrive in their presence, using them for energy. Perchlorates also lower the point at which water melts, which offered still more hope for the existence of bacterial life on Mars.

Read This Next
A Sip of Opal
NASA Discovers Precious Gemstones on Mars
Martian Oases
Scientist Proposes Growing a Forest Inside a Bubble on Mars
Big Impact
Meteorite Hit Mars So Hard NASA Thought It Was a Quake
Palliative Care
NASA's Mars Lander Refuses to Die Even Though It's Supposed To
Signs Of Life
NASA Seems Awfully Excited About Finding Organic Matter on Mars
More on Off World
Drama Bomb
Wednesday on the byte
European Space Agency Halts Plans to Send Astronauts to Chinese Space Station
Futurism
Wednesday on the byte
Asteroid Mining Startup About to Launch First Mission
Carry On, Wayward...
Wednesday on the byte
NASA Says Lucy Spacecraft Will Forge Ahead With Busted Solar Array
READ MORE STORIES ABOUT / Off World
Keep up.
Subscribe to our daily newsletter to keep in touch with the subjects shaping our future.
+Social+Newsletter
TopicsAbout UsContact Us
Copyright ©, Camden Media Inc All Rights Reserved. See our User Agreement, Privacy Policy and Data Use Policy. The material on this site may not be reproduced, distributed, transmitted, cached or otherwise used, except with prior written permission of Futurism. Articles may contain affiliate links which enable us to share in the revenue of any purchases made.
Fonts by Typekit and Monotype.