An Autonomous Car Learned How to Drive IRL Inside a Simulation

That's a lot safer than testing it on real world streets. 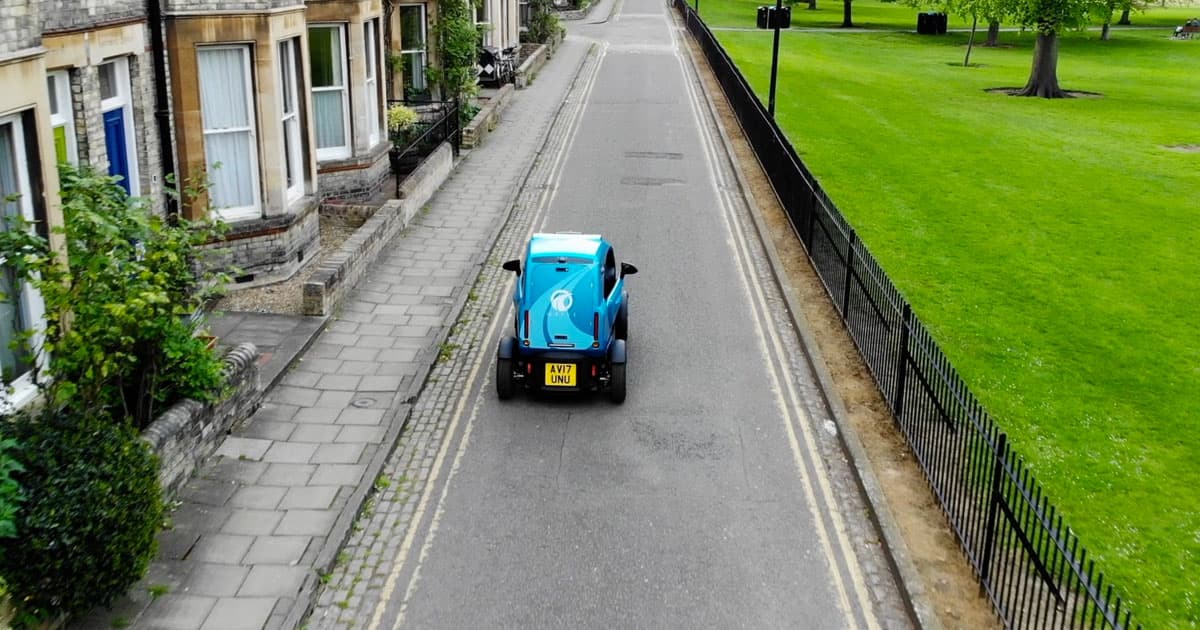 Where does an autonomous car (AV) go to driving school?

So far, most testing has taken place on real-world streets, which has led to accidents and even deaths. Now Wayve — a team of researchers from Cambridge University developing artificial intelligence software for AVs — might have a much safer approach: they successfully taught a self-driving car how to drive exclusively using a simulation.

In a demo, Wayve touts its Sim2Real project as being "the first time" that's ever been done successfully.

Wayve's Sim2Real project takes a complex driving simulation inspired by real life — think of it as a basic, and terrible-looking video game — and teaches it to a self-driving car's AI. Voila: Wayve's car now knows how to drive on the real-life streets of Cambridge in the UK — without ever having driven them before. It's like that scene in "The Matrix" where they download kung fu into Neo's brain, except in this case, Neo is an AI.

Wayve's car drove itself for 1.9 miles (3 km) so far. But it has a lot more to learn about driving in the real world. At the end of the day, reality is far more complex than a simplistic driving simulation. Pedestrians or cyclists could complicate matters, for instance.

But it's an interesting solution to a very real problem: testing autonomous vehicles — even with a safety driver behind the wheel — is proving to be pretty dangerous. Wayve's solution could buy developers a little more time before AVs hit the roads for good — and smooth the transition to self-driving in the process.

More on self-driving car learning: A British Startup Is Using AI to Teach Cars to Drive Themselves

Read This Next
From Our Partners
Learn Circuit Design For A Discount During This Pre-Black Friday Sale
AI Cars
Chip Maker NVIDIA is Bringing Its AI Driving Chip to China
This Week in Tech
This Week in Tech: Oct 6 - Oct 12
Futurism
Smart Roads Could Soon Call An Ambulance, Connect You to the Internet
Futurism
Uber's Self-Driving Car May Have "Decided" Not to Swerve To Prevent The Fatal Crash
More on Sci-Fi Visions
Human v. Giraffe
Tuesday on the byte
Chaotic Italian Fashion Line Baffles Facial Recognition Software
Step One
Tuesday on the byte
World’s Third Richest Person Says He’s Developed "Addiction" to ChatGPT
FROM THE DEPT. OF...
Tuesday on futurism
The Best Places to Buy A Laptop in 2023
READ MORE STORIES ABOUT / Sci-Fi Visions
Keep up.
Subscribe to our daily newsletter to keep in touch with the subjects shaping our future.
+Social+Newsletter
TopicsAbout UsContact Us
Copyright ©, Camden Media Inc All Rights Reserved. See our User Agreement, Privacy Policy and Data Use Policy. The material on this site may not be reproduced, distributed, transmitted, cached or otherwise used, except with prior written permission of Futurism. Articles may contain affiliate links which enable us to share in the revenue of any purchases made.
Fonts by Typekit and Monotype.