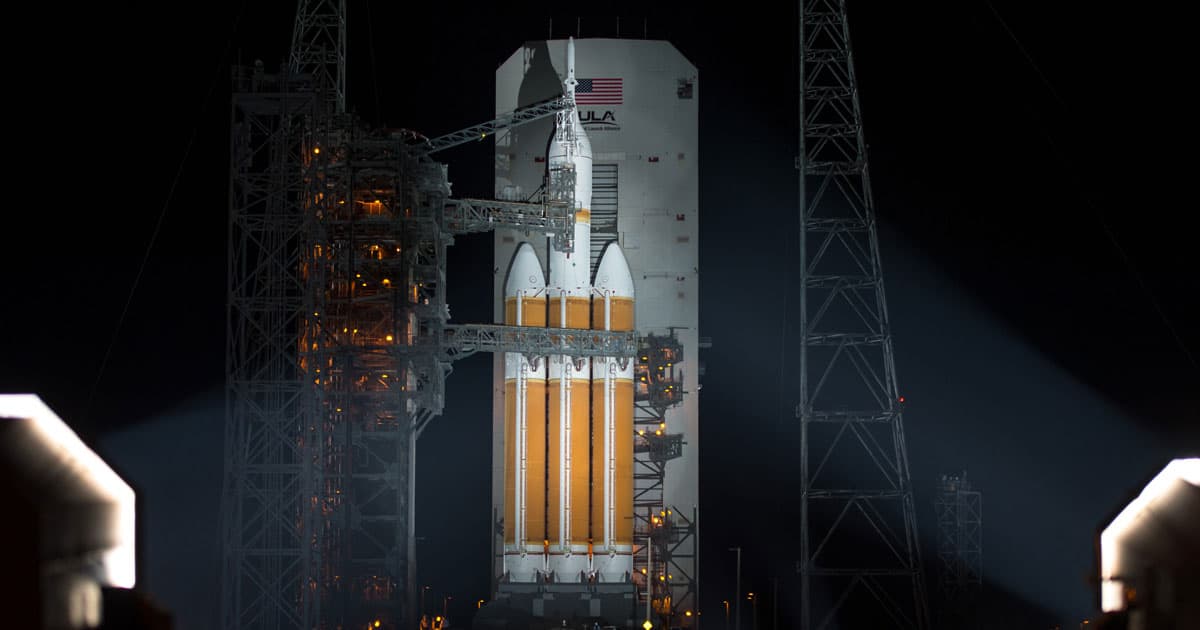 The satellite is scheduled to launch on top of a ULA Delta IV Heavy rocket from the Vandenberg Air Force Base in California  at  2:05 p.m. EST. According to the ULA, it's the 38th time a Delta IV rocket has been launched since 2002.

A handful of failed attempts have delayed the launch of the mission that was originally scheduled for early December. A launch attempt in mid December was aborted when engineers noticed a hydrogen leak coming from one of the boosters. More issues with the rocket delayed launch again earlier this month.

Fueling of the #DeltaIVHeavy is underway at Vandenberg Air Force Base in California for today's #NROL71 launch at 11:05 am PST. Follow along with our Live Launch Blog for countdown reports: https://t.co/W9zB6LUGpw pic.twitter.com/Y476hBnuVT

ULA vice president Gary Wentz called the mission a "high-priority mission for the nation's warfighters" in a statement earlier this month. But otherwise, details about the satellites on board are sparse.

In fact, the mission is so classified, the public stream of the launch will cut out after only six minutes to protect NRO's mission from prying eyes, according to Space.com.

But you'll be able to live stream those first few minutes on ULA's website.

Read This Next
Dirty Games
Alleged Email Leak Shows ULA Plotting Against Elon Musk and SpaceX
Head to Head
Elon Musk Bitterly Feuds With CEO He Was Joking With Literally Yesterday
X-Ray Vision
A New Satellite Can Peer Inside Some Buildings, Day or Night
Space Pirates
SpaceX Is Launching a Fleet of Pirate-Hunting Satellites
Playing Chicken
SpaceX Wouldn't Move Its Satellite to Avoid a Collision, Says ESA
More on Off World
Trashing Orbit
Yesterday on the byte
Elon Musk Says SpaceX May Build Starship That Dies on Purpose
Cat and Mouse
Yesterday on the byte
SpaceX to Launch "Hunter" Satellites for Targeting Rival Spacecraft
Space In Space
Yesterday on the byte
NASA Official Admits There's a Bit of an Issue on the Space Station
READ MORE STORIES ABOUT / Off World
Keep up.
Subscribe to our daily newsletter to keep in touch with the subjects shaping our future.
+Social+Newsletter
TopicsAbout UsContact Us
Copyright ©, Camden Media Inc All Rights Reserved. See our User Agreement, Privacy Policy and Data Use Policy. The material on this site may not be reproduced, distributed, transmitted, cached or otherwise used, except with prior written permission of Futurism. Articles may contain affiliate links which enable us to share in the revenue of any purchases made.
Fonts by Typekit and Monotype.