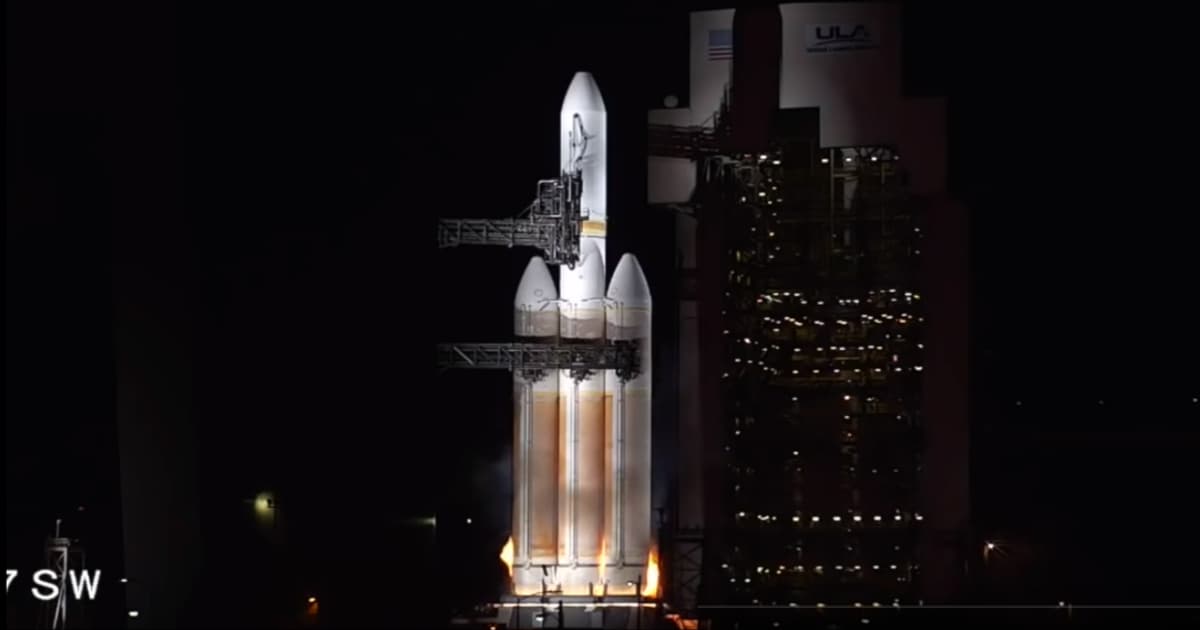 Watch a US Spy Satellite Launch Fail Seconds Before Liftoff

Late last night, a U.S. spy satellite was scheduled to launch from Vandenberg Air Force Base in California aboard a Delta IV Heavy rocket built by the United Launch Alliance.

But at the last moment — just 7.5 seconds before liftoff, according to Space.com — mission control was forced to abort the mission. A dramatic video shows a lick of flame appearing under the rocket just before countdown was called off.

The rocket was carrying a spy satellite called NROL-71, built by the National Reconnaissance Office, a part of the Department of Defense that collects intelligence from orbit. The purpose of NROL-71 wasn’t clear, but the Verge reported prior to the launch that the use of a Delta IV Heavy suggested that the satellite was heavy and probably destined for a high orbit.

The launch was “scrubbed today due to an unexpected condition during terminal count at approximately 7.5 seconds before liftoff,” the ULA said in a statement. “The team is currently reviewing all data and will determine the path forward. A new launch date will be provided when available.”