What doesn't Musk have a say in? 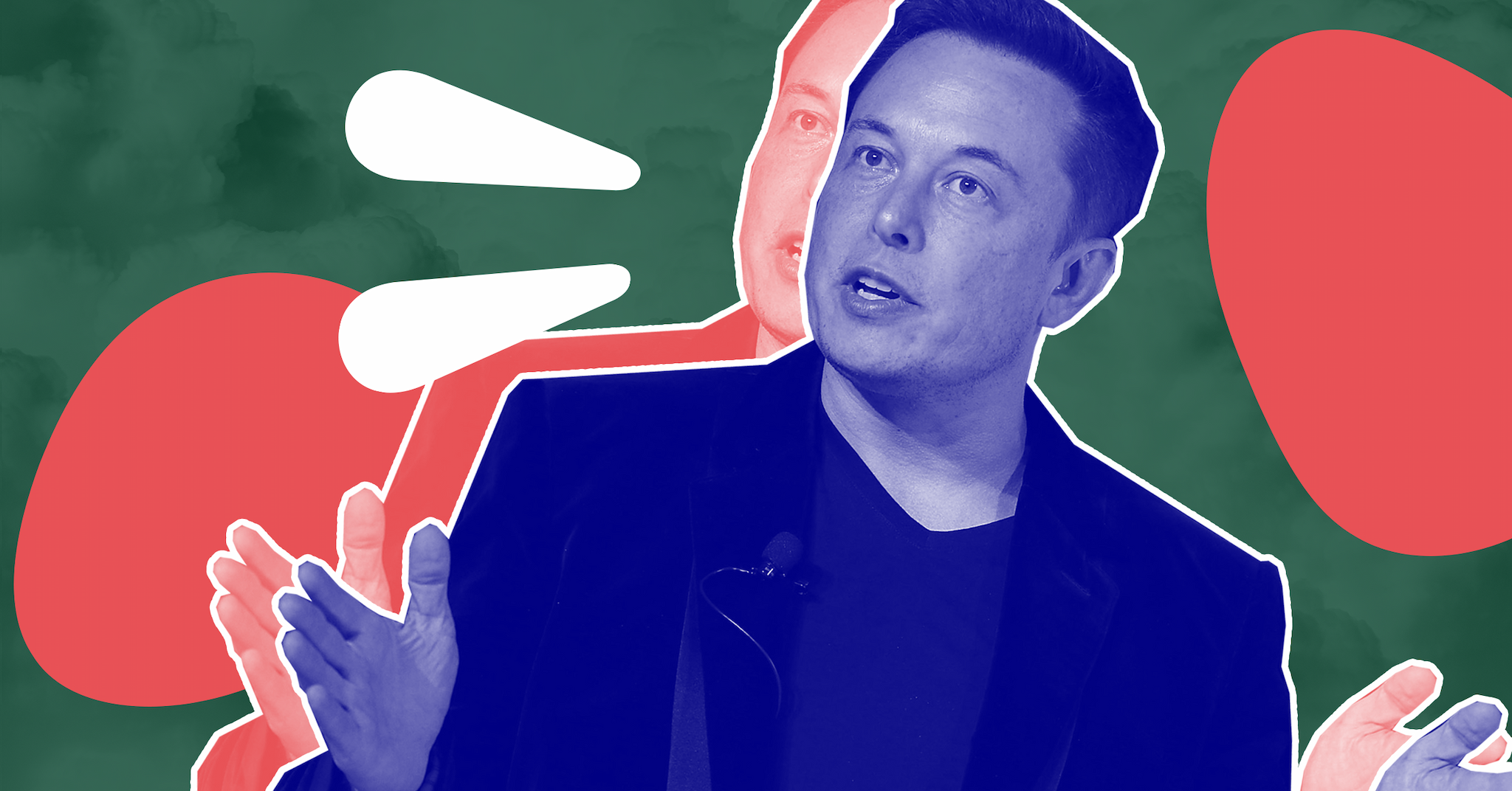 Which, yes, by the way: Donald Trump is using Twitter to take cues on global economic policy from Elon Musk. Who once resigned from the President's economic council because Musk is a smart guy, and Trump is the President.

Let's begin the record of the relationship between Trump and Musk in December 2016, when Trump was still a president-elect. Musk agreed to join his Economic Advisory Council. Six months later, Trump withdrew the United States out of the Paris Climate Agreement, which didn't sit well with Musk:

Eight months later, Trump didn't seem to be holding a grudge. In February, shortly after Musk's SpaceX successfully launched the Falcon Heavy, Trump praised the company and its CEO on Twitter:

Congratulations @ElonMusk and @SpaceX on the successful #FalconHeavy launch. This achievement, along with @NASA’s commercial and international partners, continues to show American ingenuity at its best! pic.twitter.com/eZfLSpyJPK

Musk graciously thanked Trump for his support (and, contrary to what you might have read, did not call the president a "dumbass" for not knowing that Musk is from South Africa):

Thank you on behalf of SpaceX. An exciting future lies ahead!

Trump continued to be publicly effusive about the Falcon Heavy — more than a month later, CNBC posted a video in which the president praised Musk again for the Falcon Heavy launch, emphasizing that he was particularly impressed that the rocket's boosters were returned.

And if more Tweets from this time are any indication, Trump isn't just impressed with Musk — he takes his opinion seriously on more things than how to launch a rocket.

Musk weighed in via Twitter, asking questions about the importing and exporting of vehicles between the U.S. and China:

For example, an American car going to China pays 25% import duty, but a Chinese car coming to the US only pays 2.5%, a tenfold difference

Musk was probably frustrated because it was already difficult to open a Tesla factor in China before the new tariffs, as The Wall Street Journal pointed out. That might have been particularly concerning to Musk since Tesla has been operating at a loss for a while.

We raised this with the prior administration and nothing happened. Just want a fair outcome, ideally where tariffs/rules are equally moderate. Nothing more. Hope this does not seem unreasonable.

Trump took notice — he referenced Musk's tweets during a press conference just before he authorized the new tariffs. "We send our car over there, pay 25 percent. They send their car over here, 2.5 percent. That's from Elon, but everybody knows it," said Trump.

In a room full of government so-and-sos, Trump didn't even have to use Elon's last name. Too cute.

Trump then went on to say that the U.S. would be "doing a reciprocal tax program at some point," in which the goal would be to match import and export duties — just as Musk suggested.

That's a lot of power for a single private citizen to appear to alter the economic policy of one of the most powerful nations on Earth, you may observe. Indeed, these days, it may feel like a lot of power is concentrated in very few hands (and at least one person who doesn't mind using those hands to raise the threat of nuclear war via Twitter).

But instead, you could argue, you should be relieved. Musk might have all the trappings of an madman-supervillain, but he's largely used his very loud voice to make the world nothing if not more oriented around intelligent decisions. Not a high bar, but still, a substantial one. And as for Trump, well, some people (including his staffers) might be relieved that he's listening to anyone else at all.