Can Toyota bring the flying car out of the pages of science fiction and into reality? 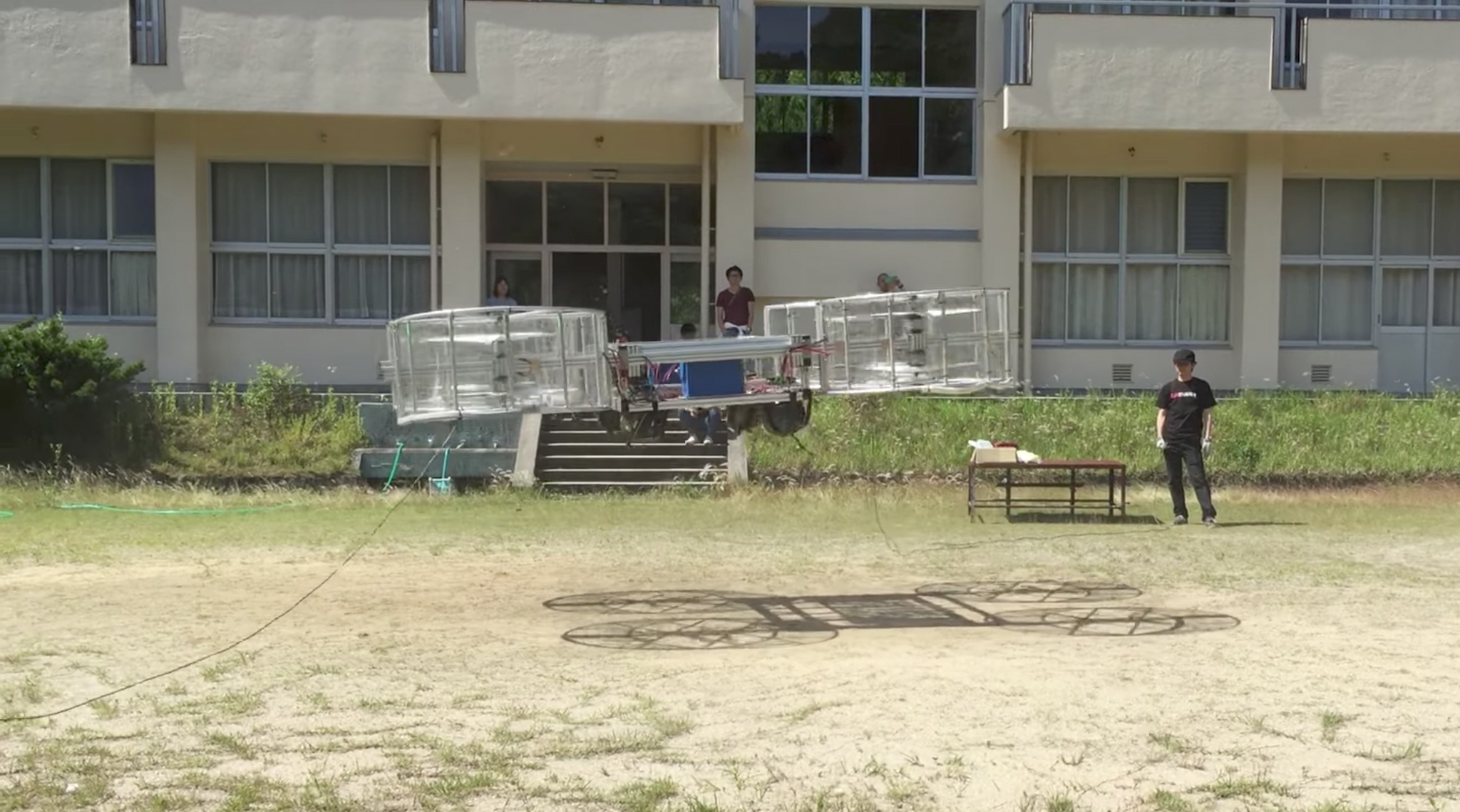 Toyota is amping up the race to make flying cars the vehicles of the future. Japan's largest automobile company has invested nearly $400,000 in Cartivator Resource Management to develop a flying car for a very special purpose. Toyota is hoping that this single driver vehicle will be ready by 2020, in time to deliver the Olympic torch along its final stretch to open the 2020 Olympic Games in Tokyo.

A video was recently released showing an initial prototype being tested. These results, however, are less than spectacular, even with the interesting cinematography.

Toyota has also recently made headlines in acknowledging that their partnership with Elon Musk's Tesla had come to a close at the end of last year. The automobile giant has since advanced their own electric car division to compete with Tesla's popular line.

The team working on the flying car will use Toyota's investment to improve the design of the vehicle. With these improvements, they hope that a prototype will be ready to be piloted sometime in 2019.

Their work with Cartivator is markedly more low-key than previous flying car concepts from Toyota. They introduced a futuristic concept car called the Concept-i at the most recent Consumer Electronics Show (CES). This concept had a lot more bells and whistles like an emotion reading artificial intelligence named "Yui."

It is unclear at this point if either car will take off. Perhaps Toyota can give the flying car one last fighting chance to step out of the pages of science fiction and into reality.

Read This Next
It Was the Tesla
Manslaughter Case Has a Strange Twist: Tesla That Killed Couple Was on Autopilot
Full Self-Delusion
Survey: 42% of Tesla Autopilot Drivers Think Their Cars Can Entirely Drive Themselves
Musk Antics
Elon Musk Has a Big Problem on His Hands
Please Elon
Why These Tesla Owners Are Going on a Hunger Strike Against Tesla
Streisand Effect
Hurry Up and Watch These Videos Tesla Wants Removed From the Internet
More on Advanced Transport
Pepsi Semi
Yesterday on the byte
Tesla Semi Truck Drives 500 Miles Fully Loaded
Out With a Bang
Tuesday on the byte
Driver Says His Ford F-150 Lightning Made a "Loud Boom" and Died When He Plugged It In
Deep in a Hole
Tuesday on the byte
Something Very Weird Is Going on at Elon Musk's Boring Company
READ MORE STORIES ABOUT / Advanced Transport
Keep up.
Subscribe to our daily newsletter to keep in touch with the subjects shaping our future.
+Social+Newsletter
TopicsAbout UsContact Us
Copyright ©, Camden Media Inc All Rights Reserved. See our User Agreement, Privacy Policy and Data Use Policy. The material on this site may not be reproduced, distributed, transmitted, cached or otherwise used, except with prior written permission of Futurism. Articles may contain affiliate links which enable us to share in the revenue of any purchases made.
Fonts by Typekit and Monotype.